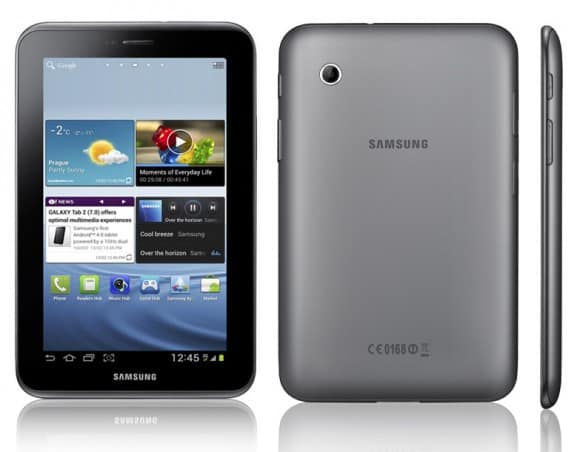 While today is a big day for Samsung with the Galaxy S IV launch going on as I type this, it's also a pretty big one for a couple of their tablets as well. The Verizon variants of the Galaxy Tab 2 10.1 and the Galaxy Tab 2 7.0 are starting to see their operating systems go from Android 4.0 Ice Cream Sandwich to Android 4.1 Jelly Bean.

These over the air updates will be rolling out in phases like Verizon typically does so as not to bog everyone down at once, with everyone owning these devices having the upgrade in the next few days. The best way to try to force the OTA update is to go into settings > about tablet > system updates. Although this method will be hit or miss, it is worth a shot if you are really desperate for the update.

Going from Ice Cream Sandwich to Jelly Bean is obviously a really big jump and there is enough going on in these updates to make even the most seasoned Android veteran's head spin. In Jelly Bean users will get their first tastes of project butter, Google now, better multitasking and enhanced widgets to name a few things. Additionally there are device specific improvements and these include:

So owners should either hit their settings to try and force the update otherwise if you feel like you can wait a few more days, this update should hit you very shortly.