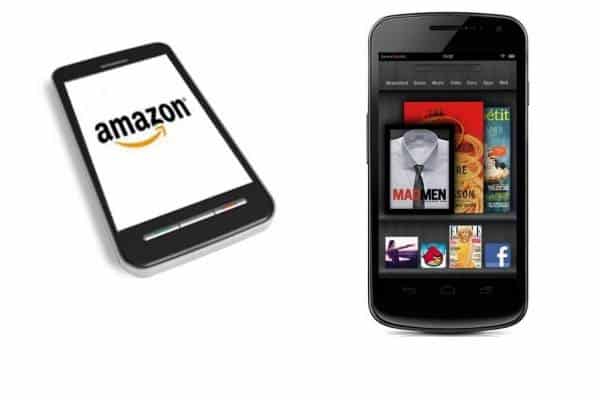 The Amazon branded smartphone is probably the second most talked about niche handset after a Facebook phone. The success of the Kindle Fire has made the development of such a device more than just a pipe dream and it is looking more and more like the concept will come to fruition some time in the second quarter of this year.

The rumors regarding this yet to even be announced smartphone have been really hot and heavy since last year, ranging from the price (between $150 – $170) to the components (Texas Instruments and Qualcomm), but the latest one has to do with the actual design of the phone. According to supply chain sources, the online retailer has opted to go with a larger 4.7 inch screen as opposed to the 4.3 inch display that they were originally thought to be using. Having a larger screen on the Amazon smartphone would actually make more sense seeing as it's most likely going to be a media consumption device more than anything else.

Now a lot of people are obviously going to hate on this device right from the get go but I don't think we should overlook it at all. The Kindle collection is a well built line of tablets, much better than just about everything else in the same price range, so we should expect a smartphone from Amazon to be of similar quality.

Don't let that rumored price fool you either, they will make their money back and then some with this device. Sure there will probably be things like those lock screen ads, but I'm guessing that there will be a way to turn them off, maybe with a small fee, and in the end they actually may give you decent deals so you may as well keep them.

And here's just a spitballed idea but what if they gave you free data while using Amazon's services? As it is the 8.9" Kindle Fire HD gives users 250MB a month of AT&T's LTE network for free so what if they just took that idea a step further with a phone? They could easily work an extra few cents into the price of a movie or television show and have the data used for that activity not count against your data plan cap, and in the instances that people are using WiFi to watch something it's all profit.

The same can be said about maybe a subscription music service. If they were to charge like $5.00 a month for such a service, and then offer the data while using this for free it's a hell of a marketing gimmick. There is money to be made should they go this route and it's the kind of forward thinking idea that Amazon is known for.

In the end all we can do is speculate but we will know soon enough exactly what Amazon will be bringing to market. If the Kindle's are any indication it will sell quite well.