The Galaxy S IV is coming at us faster than a speeding bullet, and up until the last couple days, we knew surprisingly little about the actual device. This is how Samsung likes to keep it though, and that is just part of creating the grandeur around an event such as this. With the release of the Galaxy S III last year, we knew very little as well, up until the very day that Samsung had it’s coming out party. This time, same story, we have seen some cases that are said to be for the S IV and a few renders of the device that look like they might go to the cases, and we have seen some photos and even a YouTube video of what is claimed to be the actual device that looks not a lot like the renders or the cases. Let us go over now, what we know and what we think we know about what Samsung will be bringing to use in 2-days time. 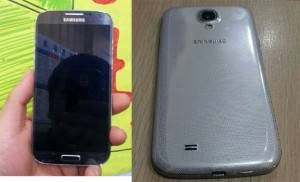 It seems as if Samsung will be going with a familiar design language whether the Galaxy S IV turns out to be the square version that we have been seeing in the past few weeks, or the Galaxy Note II like design that we first gazed our eyes upon in yesterday’s leaks. We are almost certain on the fact that the design will feature a home button in the middle on the bottom front side of the phone with capacitive or virtual buttons on the sides of the physical one. There have been rumours of the Note II extending the digitizer to the bottom of the phone, allowing use of the S-pen on all front-facing buttons. There is no reason at this point to think that this would be implemented on the S IV.

On thing is almost certain though, that is that Samsung will not be moving away from using that plastic back cover. Most, if not every one of the leaks and renders that we have seen has had the plastic battery door. We are not certain if the sides of the device will be plastic as well or some type of lightweight metal alloy or aluminum.

Samsung with the two previous iterations in the Galaxy line, opted for AMOLED displays that made for deep and beautiful colors, but it seems that they will be going in a different direction for the S IV. It has been brought up in recent weeks that Samsung is working with a new “green PHOLED” technology for displays that will use approximately 25% less power while turning more energy into light for the display. It is more likely though that we will see on the Galaxy SIV, that 4.99″ full HD display that Samsung showed us back at CES that boasted a 440 PPI resolution. At the time Samsung stated that that display was set to ship in Q1 of 2013. Coincidence? Probably not. 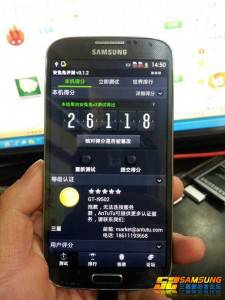 This has been a rather hot-button issue among Samsung purists, many of whom are pleading that Samsung go with their very own Exynos 5 Octa. This behemoth of a chip utilizes ARMs big.LITTLE architecture with 4 ARM cortex A15 cores for maximum performance and four ARM cortex A7 cores for maximum energy savings. The Exynos 5 Octa also incorporates Imagination’s PowerVR SGX 544MP3 GPU, and if used in the S IV would account for unprecedented graphics performance in a smartphone. There has been much momentum behind rumors that say that the device will have this processor inside and the leaked Antutu screenshot supposedly coming from the S IV showed the chip clocked to 1.8 GHz with the device having 2GB of RAM as well. Still, this has not been confirmed by Samsung, but we are betting that the Exynos 5 Octa will be present in at least the international version of the Galaxy S IV.

The other chipset that has been rumored for the device and may appear in the United States carrier versions of the phone is the Exynos 5440. This is a quad-core chip that, according to leaked benchmarks that are supposedly from an American carrier version of the handset, show that the chip is clocked up to a very speedy 1.9GHz. The Snapdragon 600 is looking less likely as we move forward towards launch, but we still can’t rule that out as one of the directions that Samsung may have gone with the Galaxy S IV for the United States carriers.

We aren’t expecting Samsung to put anything less than a remarkable camera in the Galaxy S IV. As far as leaks go, we have seen photos show up on Picasa that show either a 10MP or a 13 MP snapper on this baby depending on which you choose to believe. Most reports though, point to the device sporting a 13MP camera on the back and being capable of shooting video in HDR mode and having all of the other features that you would expect from a Samsung shooter. Thre is also talk of Samsung featuring a Photosphere like feature in the S IV camera that will be called Samsung Orb and will work similar to photosphere as well as produce similar results.

This is where it gets fun. One of the main new features that we have heard about for the Galaxy S IV is Smart Stay technology. This feature allows the device to scroll automatically as your eyes reach the bottom of each page. This will come in especially handy while reading long documents or web pages.

Another feature that we’ve been hearing about as of late is a technology known as Air View which allows the user to produce input on the screen without touching the screen but by hovering atop it. The user would likewise be able to perform gestures in the same way.

Samsung will also include it’s new wallet app in the S IV, and with NFC in tow, this could make for an all-in-one payment solution. That is if vendors and shops would support this type of payment.

It is most likely that we will see the Galaxy S IV launch with some version of Android 4.2 Jelly Bean with a new variant of their Touch Wiz interface. It is not clear at this time how the lock screen will deal with lock screen widgets. It is almost certain though, that the S IV will not be running Key Lime Pie at launch. Sorry. 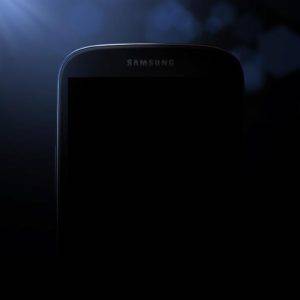 The render of the Galaxy S IV that was released on Samsung’s Twitter feed did not show the device having an ear-piece. This has brought some to believe that the device will feature a bone conducting ear-piece or tissue speaker.

It is also likely that the Galaxy S IV will follow the current trend and support wireless charging much like the Nexus 4 and the Droid DNA. The battery that will be feature in the Galaxy S IV is likely to be the 2600 mAH one that we showcased earlier today and will feature NFC. This battery should be capable of powering that octa-core processor.

The S IV could also include the S Health app that is touted to monitor blood pressure, heart-rate, blood sugar, BMI, and even weight with the help of peripherals.

There is a rumor of the Galaxy S IV supporting 3D camera features. I give that one two grains of salt.

The Galaxy S IV will also not have the curved glass display that was shown off at CES. 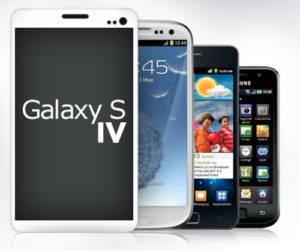 Two days from now all of these rumors and speculation about the Galaxy S IV will be meaningless again, and we can move on to the Note III. One thing that is most fascinating though is how in the past year Samsung has drummed up a wealth of support from the tech community and the general public alike. Most of us, especially tech journalists have spent the better part of a year now talking about the next Galaxy iteration and we will spend the better part of this year talking about what is to come next. Samsung has become somewhat Apple-esque in this arena and  according to some, have even passed Apple up as far as excitement about upcoming mobile devices.

This is great for both Samsung and Android as a whole, and we hope to see Sammy and Android both continue to grow in the coming year. Put your game faces on dear readers as Samsung delivers us the secret to there success in New York in less than two days now. The secret to the success, you ask? Devices that blow you away, devices that people will still be buying up to the date that the next one is released and beyond, and marketing that creates an excitement that you cannot ignore. Samsung has grown up in the market that they now reign over, and they will not be going away any time soon.