Skip to content
Trusted By Millions
Independent, Expert Android News You Can Trust, Since 2010
Publishing More Android Than Anyone Else
3
Today
130
This Week
395
This Month
5560
This Year
115565
All Time Not that Google Glass is actually for sale or anything, but somehow the backlash against wearable technology has already begun. Of course no one behind StopTheCyborgs.org has necessarily used Google Glass… or held one… or met anyone who has… but that hasn’t stopped them from organizing to stop this new device. According to the home paged on the organization’s website the point isn’t to stop progress it is to ” stop a future in which privacy is impossible and corporate control total.” Of course since someone has taken the time to form an organization opposing this product that may or may not actually sell in significant numbers they are obviously someone with an insider scoop on the Glass project, right? Nope, StopTheCyborgs.org also states “Please note that Google has not yet officially released the details of how Google Glass will work so the above is educated speculation based on public press articles.” There is nothing like a good old fashioned boxing match against a ghost, right?

But surely there is a grain of legitimacy to privacy concerns. Yes, Google Glass could potentially be used to record conversations and stream them to the cloud. Yes, Google Glass might even have passive facial recognition technology that would match your appearance to your online profiles. And if Facebook has taught us anything, it is that privacy online is something we all need to take into our own hands.

But Stop The Cyborgs and the plethora of similar bloggers and organizations don’t just seek to remind us that privacy is important. They also have an irony-free conspiracy theorist smack to them. Take this paragraph for example:

“Gradually people will stop acting as autonomous individuals, when making decisions and interacting with others, and instead become mere sensor/effector nodes of a global network. There will be no room for multiple identities, hypocrisy or experimentation. There will be no space in which you can escape your online profile and the system will be controlled by a small group of corporations.” 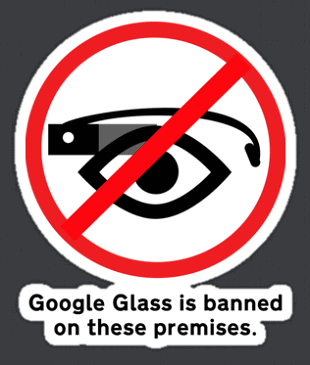 I love science fiction quite a bit more than the next guy does, but lets keep in mind that the Cybermen from Dr. Who aren’t actually marching through our streets just yet. Of course we need to address the privacy concerns that come along with every new advance in technology. But we need to do it in a sane, reasonable fashion so that actual issues can be solved. Spreading fear-mongering rhetoric doesn’t solve problems, it creates more. And I can’t help but mention once again: this product isn’t even for sale yet. There are starving children all around the world, dictators are oppressing free speech in China and North Korea, and the United States government has become paralyzed by an inability to accomplish simple tasks like passing a budget. We need to prioritize our fears.