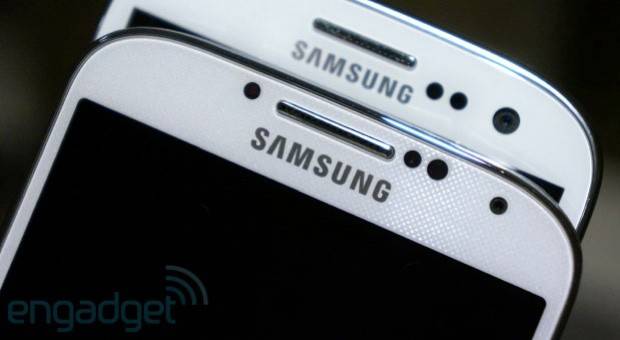 As you are all very aware at this point, Samsung introduced the newest addition to its Galaxy smartphone line just a few minutes ago. This device has gained much hype over the past few months and mood leading up to the event was set mostly by the success of the Galaxy S III that Samsung released around this time last year. Now, we have already heard some grumbling about how the new Galaxy looks similar to the Galaxy S III, but let's look deeper into the Galaxy S IV and find out exactly what changes Samsung has made between the two smartphones.

The Samsung Galaxy S III was revealed in London, England on May on the 3rd of May, 2012 and was met with a huge demand. With the S III we saw many new features that had not been seen before such as, S-Voice, an intelligent personal assistant similar to Apple's Siri. Smart Stay technology was also introduced at that time, which gave the device the capability of knowing when the user was looking at the screen and would keep the device from sleeping while the user was looking in the devices direction.

The Galaxy S IV was also came along with some great new features from Samsung, most of which built on the features of the previous Galaxy iteration such as the Smart Pause feature which adds on to Smart Stay and will pause a video when the user looks away from the device. We also saw some new additions to the already feature packed Galaxy line-up. Tonight's event brought us Smart Scroll which allows the user to move the page up and down with just a flick of the wrist. By tilting the unit in the direction that you want the page to scroll, it will scroll as you wish. Samsung also displayed a new feature that they are calling Air Gesture which allows for scrolling with gestures while your finger hovers above the screen, so no more fear of soiling your screen with your dirty hands.

The features are all well and good and in the view of the general public will probably be the things that are most talked about and desired, but techies will be more concerned with the head to head specs of these two devices. Just how much of improvement is there over the Galaxy S III is there in Samsung newest powerhouse? Just check out these numbers, they speak for themselves.