So the moment has finally arrived and quickly passed for Samsung's unpacking of their new flagship, the Galaxy S4.  We have covered a lot already about the new device, and we're sure to continue doing so during the week.  The design of this smartphone goes beyond mere aesthetics, although they did put a lot of emphasis into it.  They talked a lot about what features were packed into this device, and gave emphatic demonstrations to illustrate the real world uses.  We're going to surgically dive into the guts of this novel beast in order to give you a clear insight on just what this new smartphone is capable of.

We can't talk about the display without first mentioning the dimensions of this device.  This device will be sized at 136.6 mm long, 69.8 mm wide, and 7.9 mm thick and weigh in at 130 grams.  As for the display, our rumors from the past few months focused a lot on the display, mainly speculative.  The prediction was having a 5 inch 1080p display at 440 ppi (pixels per inch), and it's come to be just that, except it was announced to be set at 441 ppi.  That isn't in any way a huge difference, but it's still a difference worthy of note.  Samsung managed to include AMOLED into their latest flagship device, among other features.  They showed off a woman wearing opera gloves using the touchscreen, which wasn't normally possible on some other smartphones, especially the Galaxy S3.

Another feature was Adaptive Display, which was already minutely available in the Galaxy S3 for the US; it changes the display quality depending on what you're doing, such as surfing the web, or watching movies.  This can be seen as a battery saving option as well.  The display is said to also feature Corning's Gorilla Glass 3, which was showed off at CES (Consumer Electronics Show) and MWC (Mobile World Congress) earlier this year. 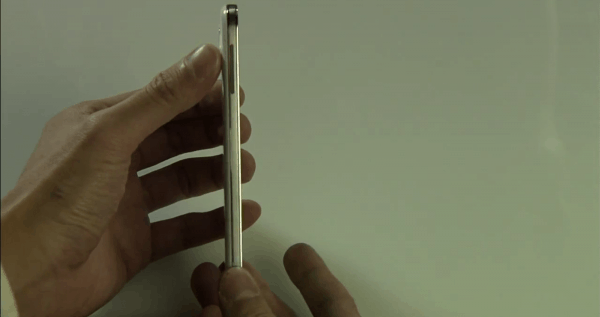 I mentioned three components in this category, and it can be explained by the fact that they're all, in a unique way, tied together.  First off, their use of the Exynos 5 Octa, demonstrated at CES 2013, was said to be implemented into this smartphone.  While it has 8 total cores, it is more accurately described as a 4+4 setup, using ARM's big.LITTLE technology.  That means there will be four low powered A7 cores that takes care of the menial tasks, such as web browsing, or even flipping through the home screen.

Four high-powered A15 cores will be utilized for carrying out the heavier tasks such as video games, and can be used to boost performance for a quicker reaction such as launching an app, or loading content.  With the rumors of Samsung using Qualcomm's Snapdragon 600, some people were a little concerned.  While nothing was mentioned of it ever being used, it was also mentioned that it wasn't going to be used, at least in the US.  So I'm going to keep my hopes of the US version using their new beastly Exynos 5 Octa.

The processor is tied with 2GB of RAM to ensure seamless multitasking, and a snappy experience.  Now with the processor and RAM, that does have an effect on battery life, which stands at 2,600 milliampere hours (mAh).  The concept of a large battery, coupled with their breakthrough processing technology, should make for excellent battery life with average use. 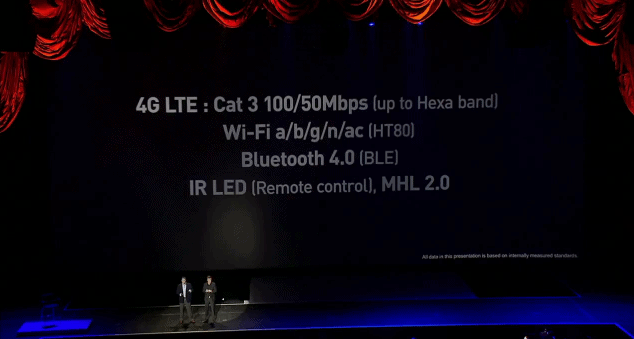 These are the things that don't need a lot of explaining, but are still important to bring up nonetheless.  This includes an IR (InfraRed) blaster, such as the ones found on their Galaxy Tab 2 10.1 and Galaxy Note 10.1 tablets, like the ones found on your TV remote.  These were generally accompanied by Peel Smart Remote app, which utilizes that feature to bring about an interactive channel-surfing experience with your TV and Cable box.  Wireless Charging, which was found in the Galaxy S3 (but it wasn't really that well used, due to the painful lack of accessories,) is also available in this iteration of the Galaxy series.  Enhanced audio-noise cancellation was also featured in the Galaxy S3, but is much improved this year.  That feature is useful for taking calls in noisy environments that would otherwise make for an unpleasant calling experience.  Like people use phones for calling anymore, right? 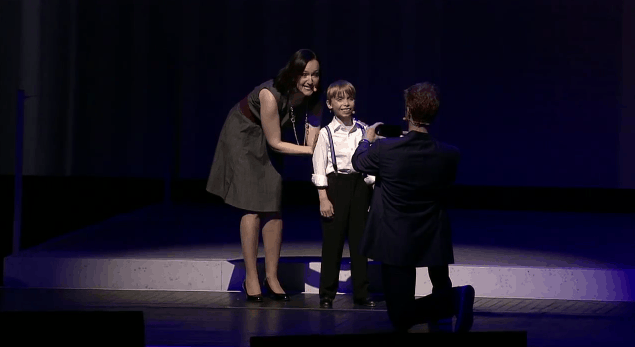 They talked a lot about the 13 mega pixel camera that's embedded into the back of the smartphone, and they also spoke of the rarely spoken-of 2 mega pixel camera on the front.  They've married the two cameras together to work cooperatively with each other.  And of course they talked a lot about it, there's a lot to talk about.  For starters, they have released their Galaxy Camera last year, and in saying that, they took features from that and added it into the S4's camera, such as the mode wheel – which allows you to adjust the camera to capture a perfect shot, no matter what setting you're in.  While I would go into further detail about the camera, that will have to wait for the next chapter of this story.

So we have covered the hardware part of Samsung's amazing new smartphone.  Make sure to stand by for part two of this story, where we will delve deeper into the software features and talk more about the camera as well.