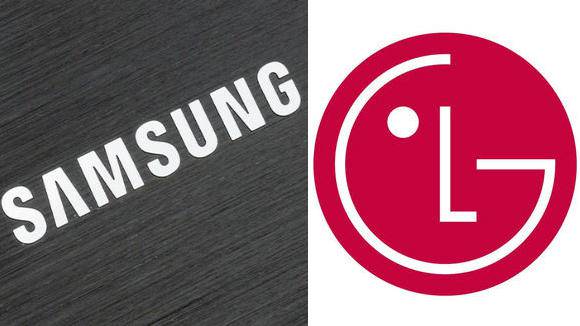 Yes, these are both companies that manufacture premium Android devices, but this particular lawsuit doesn't include anything that is Android-powered (at least not yet). Samsung is counter-suing LG for spreading false information about it's refrigerators. Not exactly something you'd normally expect from a company so large, but here we are. The legal spat between LG and Samsung began when LG recently fired the first shot by filing a suit against Samsung over Youtube videos that the company posted entitled "The Inconvenient Truth About Refrigerator Capacity." A short time later LG responded with its own advertising campaign, countering those claims.

Here at Android Headlines we don't spend a ton of time discussing refrigerator capacity. Mine is big enough to fit 835 cartons of yogurt, and if people put things other than yogurt in their refrigerators, then I can't imagine what those things might be or what people need them for. But apparently yogurt cartons aren't the standard measurement for fridge capacity, and the Korean Supreme Court isn't answering my letters, so I'm sure this pointless legal battle will continue.

I am also not an expert in Korean libel/slander litigation. But here in the United States there cannot be repercussions for saying something negative about a person or corporation (Oh, wait, those are the same things here) unless it is untrue. So presumably either LG or Samsung will be writing a check for quite a few Won in the near future.

It is interesting to see Samsung continuing to take such an aggressive stance in its marketing. We all saw the Galaxy S III commercials that took a not-so-subtle stab at Apple and its customers. But Samsung didn't actually mention Apple by name in those commercials. LG doesn't have a strong marketing presence here in the US, but that may change soon, especially if they end up producing two Nexus devices in a row, as current rumors are indicating.

Hopefully South Korean courts are more efficient at actually ending litigation than our courts are here in the United States. Litigation more often a problem than it is a solution. If this battle bleeds into the Android space, rest assured that we will keep you informed. Stay tuned.