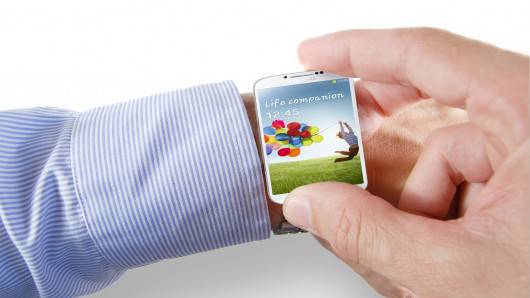 A few weeks back, we reported on a leak about a Samsung smartwatch tagged the Galaxy Altius, that would compete with Apple's rumored iWatch. Today Lee Young Hee, an executive vice-president from Samsung Mobile made the announcement in Seoul, that this is indeed a fact. There wasn't much mentioned about the features of said device, but it is probably safe to assume that the device would pair with your Samsung or presumably other Android smartphone along the lines of Bluetooth or NFC.

"We've been preparing the watch product for so long. We are working very hard to get ready for it. We are preparing products for the future, and the watch is definitely one of them. The issue here is who will first commercialize it so consumers can use it meaningfully." Lee Young Hee – executive vice-president Samsung

Samsung may be looking to take the air out of any future Apple announcement for a watch and take the smartwatch from "the next big thing" from Apple, who is rumored to have a team of over 100 strong working on a watch project, to being just another thing that everyman-ufacturer is doing. This may also be a good tactic for Samsung, as they are likely to be able to undercut Apple on the price of a smartwatch based on the fact that they can get most of the components made in-house.

"The race is on to redesign the mobile phone into something that you wear. We're going to see formidable competition coming from many different directions — from device makers, accessory makers, even fashion designers." Marshal Cohen-Analyst

The big picture here may be that the smartphone market is getting really saturated, and the top players are looking for ways to further monetize their investment. It really may come down to being first, as much as it will to be the best or the cheapest. It is in Samsung's best interest to get there first, as well as be the cheapest, because being the best may just depend on who has the most mind-share at the end of the day.

How do you Android Headlines readers feel about the upcoming smartwatches from the market leaders in the smartphone space? Will you be rushing out to pick up a shiny new S-Watch to match your shiny new Samsung Galaxy S4?