It’s only a matter of a few days before the Galaxy S IV is officially unveiled by Samsung themselves but, if you thought that would stop the influx of leaks that seem to be coming out of the woodwork, then you have another thing coming. These sort of leaks aren’t surprising at all and while we know – or at least we think we know – some of the main details that will be going into the Galaxy S IV, we’ve got no idea about what it might look like. Until now.

A Chinese forum has uploaded images of what could very well be a Chinese variant of the Galaxy S IV, with the model number of GT-I9502. There are a number of images of the device and while they do look familiar to Samsung’s devices on the market now, there’s nothing to suggest that Samsung won’t be sticking with the design language they ushered in with the Galaxy S III. The phone is said to be a dual-SIM version for China Unicom and there’s even a picture of AnTuTu being ran on the device: 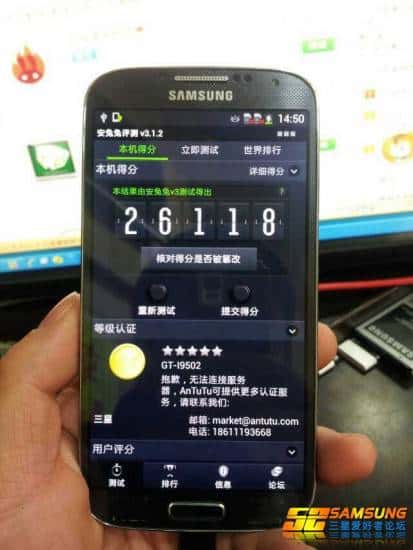 Specs wise this device seems to come with all of the rumored specs so far; including a 1080p display, a Quad-Core 1.8 Ghz CPU, 2GB of RAM and a 13 Megapixel camera. It’s interesting that the quad-core CPU is used here, as there’s a lot of speculation that Samsung will be launching the device with the Exynos 5 Octa. I think that’s too far off myself but, we’ll find out Thursday. 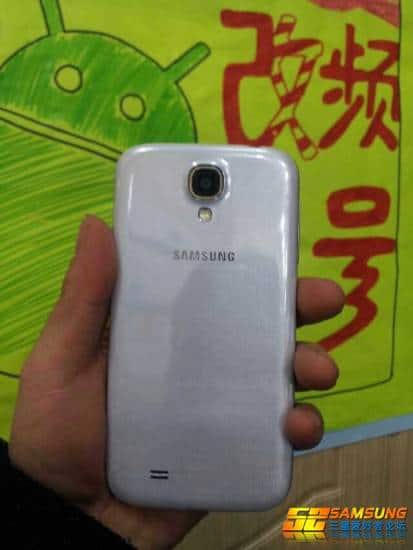 Design wise there are a few things that might rule this out as the Galaxy S IV we’ve all been waiting to set eyes on. For one thing, all of the leaked cases and speculation point to a rectangular design akin to that of the Galaxy S II. I don’t see Samsung going backwards in terms of design, after all they made a pretty big deal about the “natural” design elements from the Galaxy S III. Not only that but, speaker placement at the bottom?

While a dual-SIM version of the Galaxy S IV is more than likely, I doubt we’d see it at launch so, the fact that is out there in the wild is a little strange. This could be just another one of Samsung’s elaborate traps to throw us off the scent of the real deal. Who knows? What we do know is that we’ll find out for sure this Thursday and we’ll have the latest. 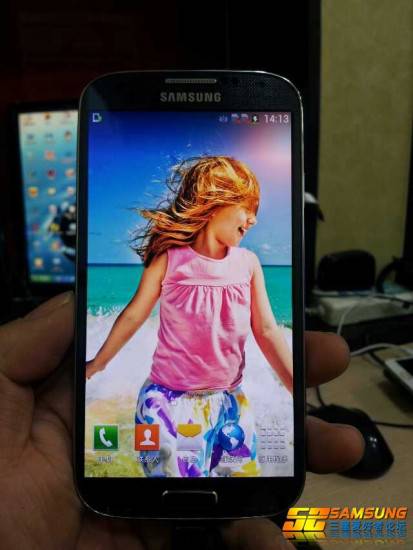