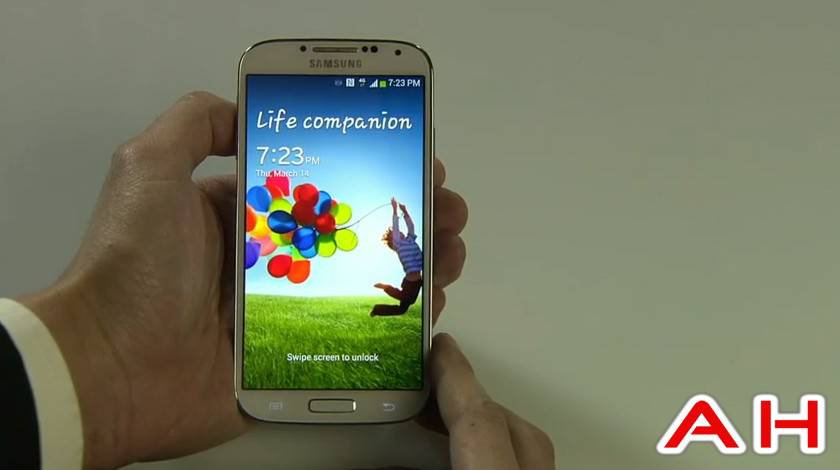 The Samsung Galaxy S4 has finally been unveiled. Whoo hoo! Everyone is excited, everyone wants it, and everyone is waiting to hear when it will be available to purchase. Okay, maybe it was unrealistic to say that everyone wants one, but I'd bet my money that number is quite high.

Canadian residents will be happy to know that the phone is going to launch real soon, I'm talking like Q2 soon! The Galaxy S4 is going to be available in two different colors at launch, "black mist" and "frost white". It's possible that we will even see more color options later.

The US and UK launches are also slated to happen in Q2, and the Galaxy S4 will be available on all the big mobile carrier networks: including AT&T, Sprint, T-Mobile, Verizon, US Cellular and Cricket. You can read more about that here.

As for mobile carriers, Samsung made it clear that there are tons of services offering their latest flagship. The only carrier that hasn't been mentioned is MTS in Manitoba.

Unfortunately, there was absolutely no mention of price- not even a peep- so we'll have to wait until more information is released about that. If I had to guess, I would say that Samsung is going to toss a price tag on the S4 similar to the one imposed on the Galaxy SIII now. That also means that a price drop for the Galaxy SIII is to be expected.

The word on the street is that the S4 will drop sometime in the middle of May in Canada. That's actually not far off, at all!

Expect a hands-on with the S4 to crop up real soon here at Android Headlines.

As always, stay tuned here at Android Headlines, your number one source for Galaxy S4 news, rumors and announcements!