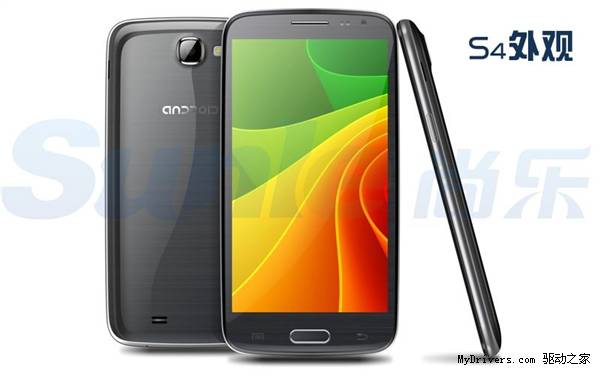 Out of the way, Samsung Galaxy S IV, there's a new smart phone to look out for. Nah, not really. But good try though. I'm sure you all are familiar with this sort of tactic from no-name Chinese firms building (not intentionally) funny clones after popular brands of clothing (like Kalvin Clien), chain restaurants (like Burger Kings) and of course smart phones my favorite of the lot being HiPhone 5, and now the new smart phone S4(hundred).

Yes, the new S400 made by the Chinese manufacturer Sunle is the first Galaxy S IV clone to be coming out. I'm saying it's the first because I'm sure that the high-profile smart phone will attract the attention of other clone factories.

The phone would have had a chance on the market even without copying. The specs are rather good for the price they are asking for it. And here they are:

Yes, there's no 1080p panel, no LTE and only 8 GB of internal storage, but it has a 3-megapixel front-facing camera which is something you rarely see (or need). I'm not saying I'm considering buying this phone, but they at least tried to bring something else besides aesthetic similarities with the original. And a curious thing is that for the price of 1399 yuan (or $225), they give you a 5-inch IPS display and a quad-core smart phone with a 2100 mAh battery. 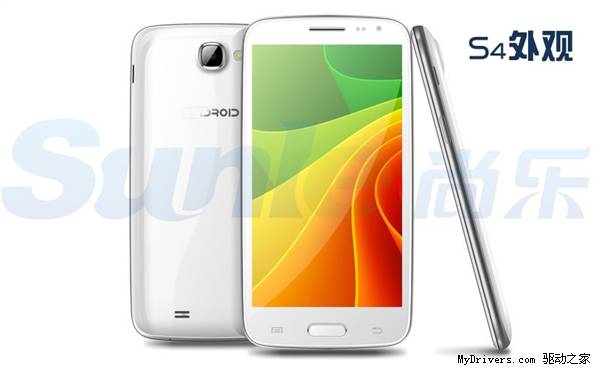 The difference between the S IV and the S400 is pretty obvious. Apart from the fact that the bezel is clearly larger, the LED on the back is also on the right of the camera lense. They are both made out of plastic, though.

Sunle's clone of the S IV will be hitting the Chinese market, weeks before the S IV. The S400 is scheduled to be available on the 4th of April.I'm curious to know what is the target demographic for this kind of merchandise and also I'm curious to know how many are they planning to sell.