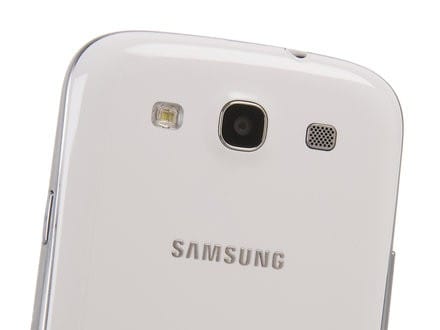 We know that Samsung is going to "wow" in about 10 days when they unveil the Galaxy S4 in New York City. Of course, we'll have you covered with everything Galaxy S4 as usual. A new rumor has surfaced this afternoon that the Samsung Galaxy S4 is going to be tracking their eye movements to perform tasks. At least that's what a report coming out of the New York Times is suggesting. Samsung has been said to be working on new eye-tracking software that will be built into the new Galaxy S.

The New York Times is using a person who's used the new smartphone as a source. This person says it uses unspecified technology to monitor users eye and translate that motion into action: "For example, when users read articles and their eyes reach the bottom of the page, the software will automatically scroll down to reveal the next paragraphs of text." Now you gotta admit that's something pretty cool, and revolutionary.

About a month ago, you may remember that Samsung had filed for a trademark in the US for both "Samsung Eye Scroll" and "Eye Pause", which we reported on. Now those of us that have used the Galaxy S3, knows that the device already uses face-recognition technology to keep the phone's screen on when your eyes are still on the screen. They call this feature "Smart Stay" which most people thought would be a gimmick, but it turns out to be a rather useful feature in their 2012 flagship phone.

I'm sure we'll see this "Eye Scroll" and "Eye Pause" along with a bunch of other goodies when Samsung officially announces the device on March 14th in Times Square. Samsung is really getting a lot of excitement going for the Galaxy S4, and rightfully so. Each Galaxy S device has outsold the last one. Which is probably no surprise to the most of you out there.