The rumor mill continues to churn out more rumors as we get closer and closer to Thursday, when Samsung will officially unveil the Galaxy S4 in New York City. Now according to Sam Mobile, Samsung has filed a pair of patents regarding 3D Video/Image capturing and a new Panorama camera system. Basically Samsung filed for a patent of its Trademark Logo for a 3D camera lens, new panorama camera system which would improve the quality of images and some special lens specific features. Now this could be something Samsung is working on for devices coming out after the Galaxy S4, or it could be coming in the Galaxy S4. Either way we’ll be finding out on Thursday evening.

As Sam Mobile had noted, these patents could be used for the next generation Galaxy Camera or a tablet, or even a high-end standalone camera. Of course there are many other devices these patents could be used with. One thing that Sam Mobile picked up on, that we didn’t is that the “4” in Samsung’s Galaxy S4 launch event invite is in 3D. So that could be hinting at the Galaxy S4 being able to take 3D pictures. Personally, I hope the whole 3D fad doesn’t come back. Does anyone remember how much of a fail the HTC EVO 3D was? 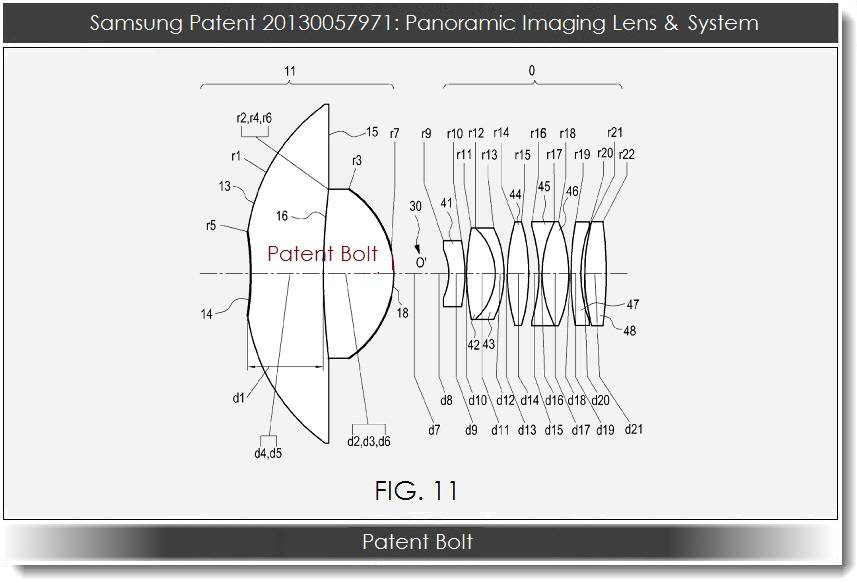 So far the rumored specs for the Galaxy S4 include:

Don’t forget Android Headlines will have you covered for everything Galaxy S4 from now until the device launches on every carrier. Make sure you stay tuned on Thursday at 7pm EST, we’ll be bringing you all the details of the Galaxy S4.

How many of you are excited for the Galaxy S4 to be released? Let us know in the comments below.