What has changed in Chameleon Launcher in this short amount of time to take it from a launcher that was rarely used, to my full-time launcher? Well, a lot actually, but it can be summed up in one word, updates. Chameleon Launcher has updated daily, and with each update the launcher gets more feature filled and much more fun to use. Scroll past the break for my full review of Chameleon Launcher 2 Beta. 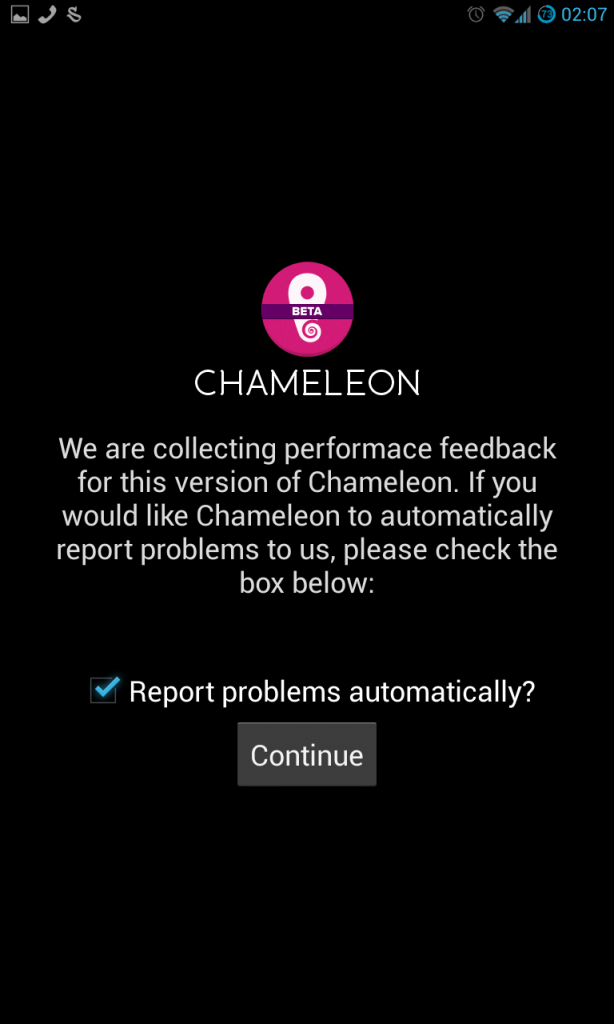 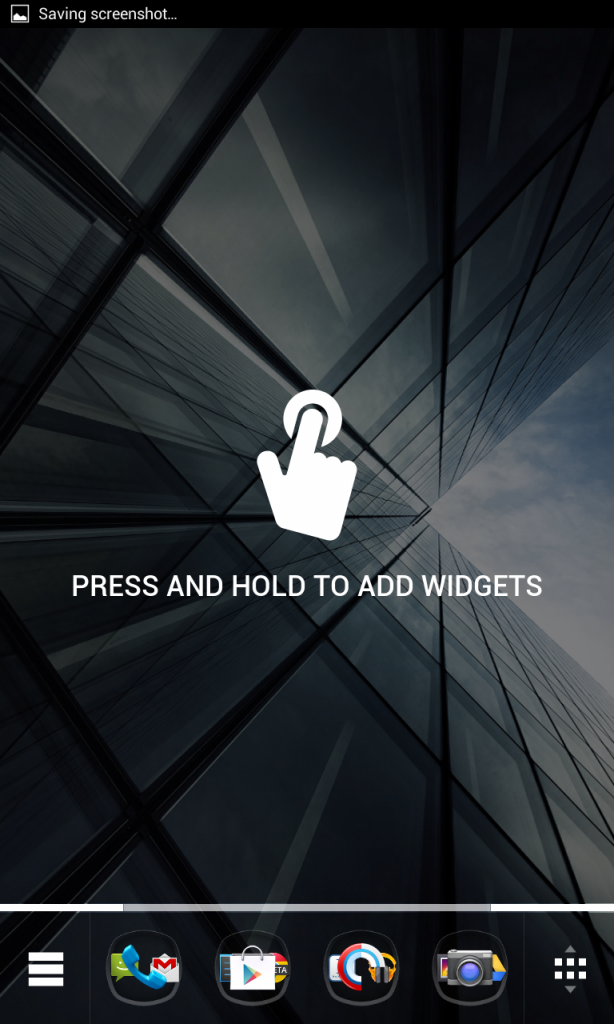 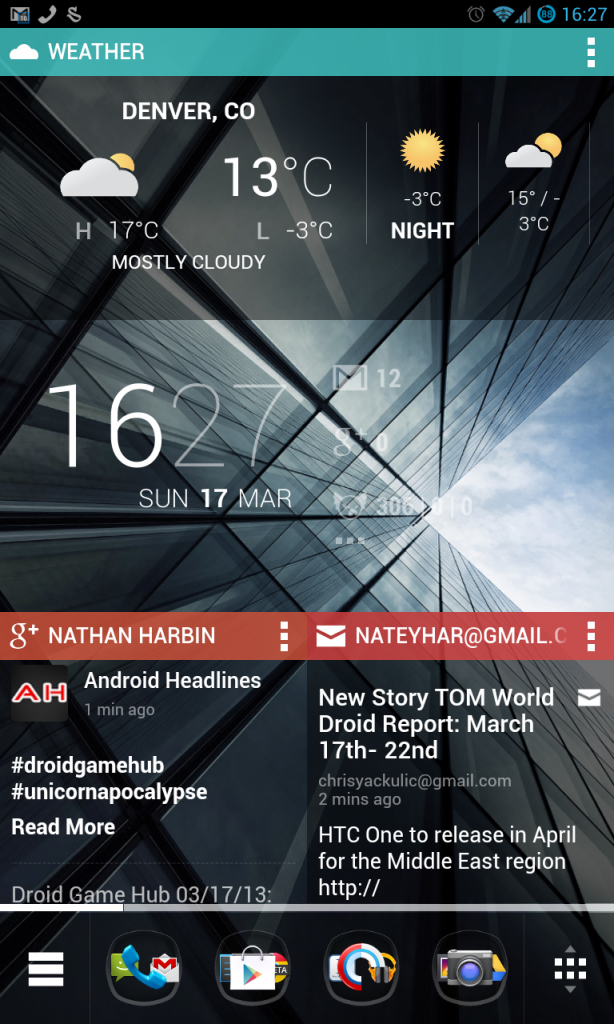 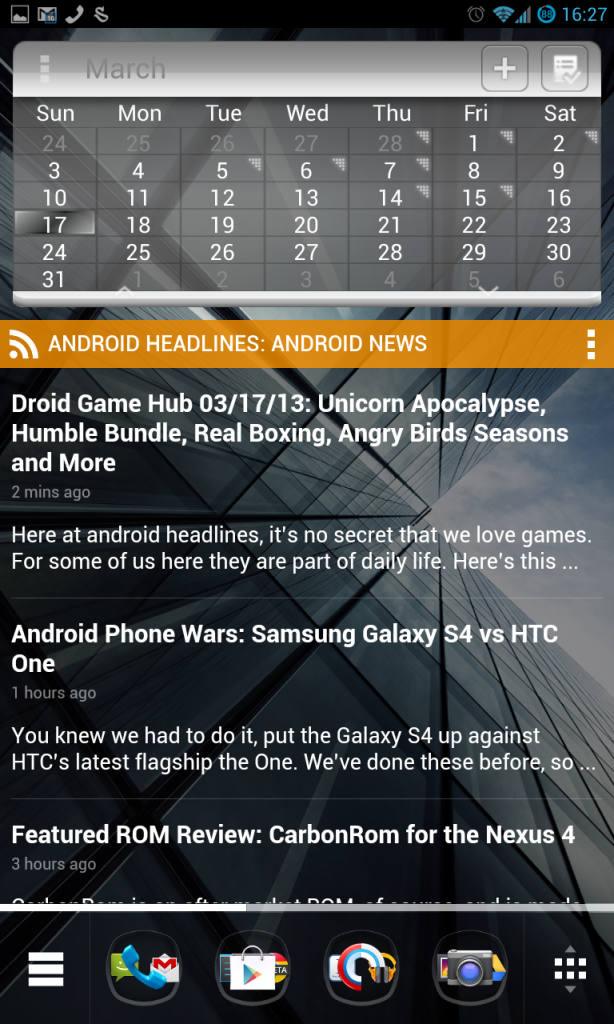 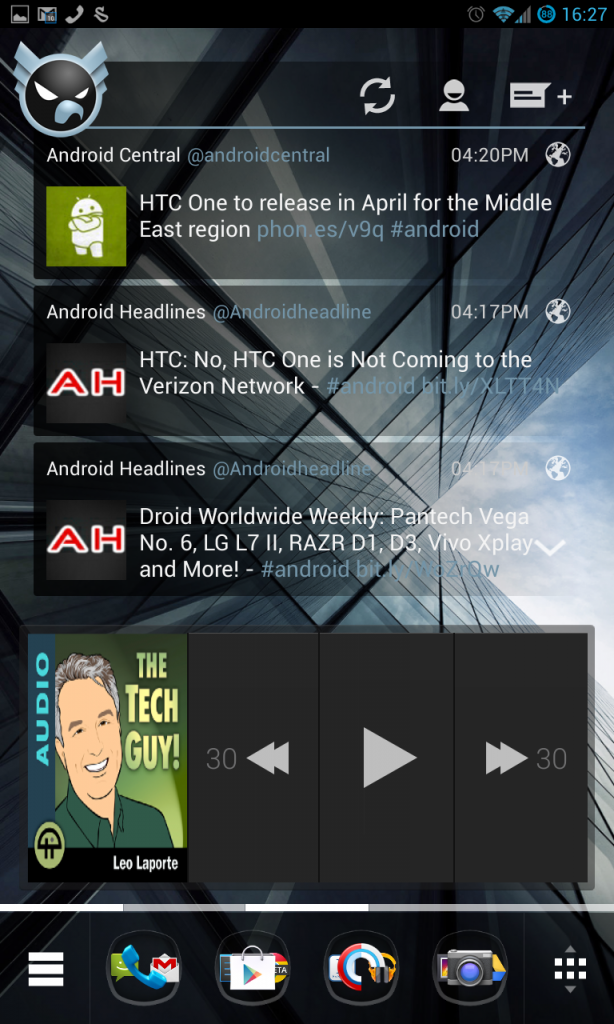 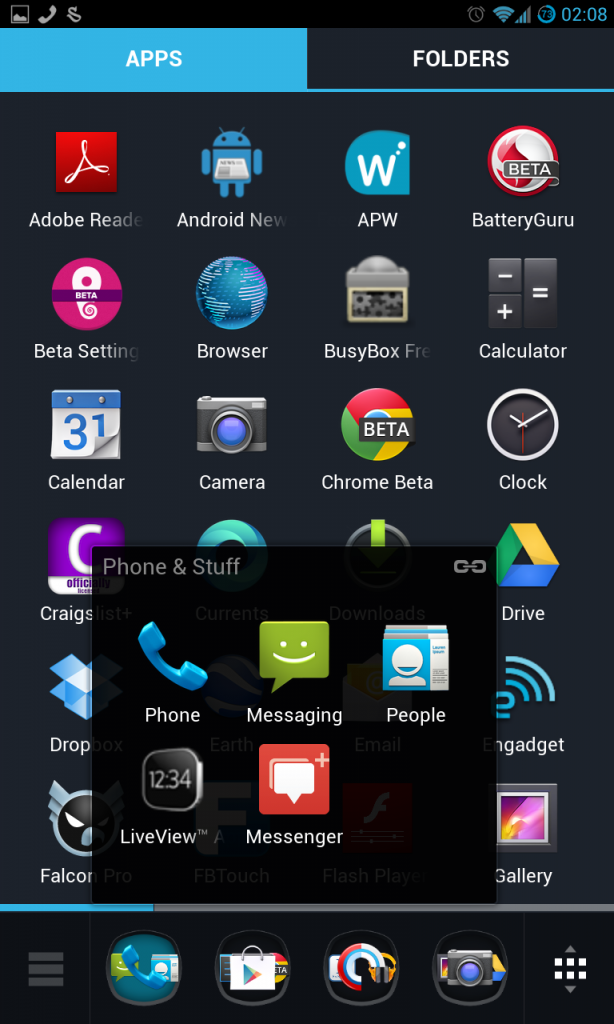 Chameleon Launcher was originally built to maximize the used real-estate on tablets, but recently has been released as a closed beta for Android Phones. The guys over at Chameleon Launcher have been gracious enough to let AndroidHeadlines.com in on the beta, and I for one am extremely grateful as this launcher is not only beautiful but has maximized the potential of my Nexus 4's interface as well as my own productivity in terms of always having all of the information that I may need at any given time at my fingertips. As a tech-writer, it is very important to have the news and information that I need right in my hand at all times. The News feed widget on Chameleon Launcher is the best RSS widget that I have found. It is constantly updated and by far the most used widget on my handset, and sitting next door to the Gmail widget, it makes productivity on my Nexus 4 better than it has been before. Chameleon Launcher is a closed beta at this time, meaning that it is only available to certain users that backed Chameleon Launcher via KickStarter or pre-ordered the launcher. When Chameleon Launcher 2 for Phones is released to the public it is expected 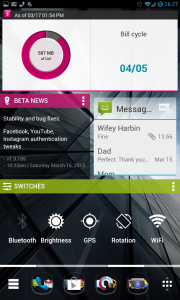 to be $2.99 on the Play Store or available as a bundle with the purchase of the Tablet version for $3.99.

At first, the widget choices in Chameleon Launcher for Phones were limited, and consisted only of the 12 Chameleon produced widgets. Shortly after the beta started though, most of your Android widgets and user installed widgets were added to the available choices. This allowed for Chameleon Launcher 2 for Phones to be much more useful in my opinion. You still have the beauty of Chameleon Launcher, but now have the ability to customize the launcher to your specifications and needs. The proprietary Chameleon widgets include Gmail, Google+, Facebook, RSS News, Switches, Time, Weather, Twitter, and YouTube. Their is also a Chameleon Beta News widget that will let you know the progress of the beta test and the updates that are being made, which is very cool to be involved in and given information on, via an always updating widget. Most of the widgets available from Chameleon are as good or even more useful than their free counterparts, and are mostly all scrollable. In fact, the only widgets that I choose another over the Chameleon option are with Falcon Pro's Twitter widget and APW's premium calendar option. Chameleon's Gmail and Google+ widgets are amazingly useful in my opinion and both sit on my homescreen. DashClock Widget is even more beautiful in Chameleon and while you don't get its full functionality yet, which i assume will be fixed soon, you still get what I feel is the best notifications widget out there. 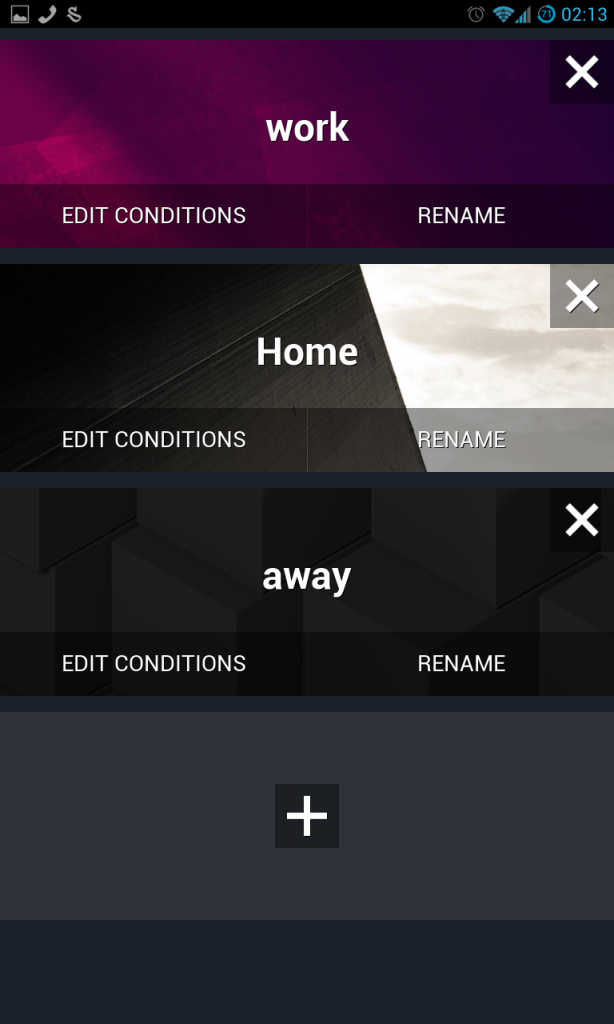 Another very cool thing about Chameleon Launcher 2 is its ability to adjust to where you are and how you use you phone in different circumstances and locales. I have three of these settings; one for home, a setting for away from home, and a setting for work. You give the launcher a set of circumstances that it uses to determine how you will be using the device and it will automatically determine which you want based on your location or another preference that you have set, such as the WiFi network connected to or time of day. For example if you were to be outside in the sun you may want a darker background and different widgets displayed on your homescreen, or if you are in the office you may want different information on the homescreen than you would were you to be at home. All you have to do is the initial set-up for each situation that you wish to have different  launcher set-up for, and Chameleon will have your settings as you wish when you unlock your device.

Widgets, beauty, and productive simplicity are Chameleon's biggest strong points at this time and we are still expecting more functionality and customization as the Launcher continues to flourish through its beta phase. Chameleon Launcher 2 is still a work in progress and is getting better every single day. In just the past two-weeks it has gone from what I considered just another launcher, to a most useful tool. Just imagine where it will be in a month, or even by the time it is out of beta and available to the general public.

If you are not a KickStarter backer or pre-order customer, you can keep tabs on the progress of the beta at the Chameleon Launcher website. If you are in on the closed beta test, but have not tried out Chameleon Launcher in the past two-weeks or longer and weren't completely happy with it, I urge you to give it another shot. If you do have an experience with the launcher, let us know what you think about it in the comments. We will keep you updated on when Chameleon Launcher 2 is out of beta and available to the general public as well, so that you all can try it out for yourselves.