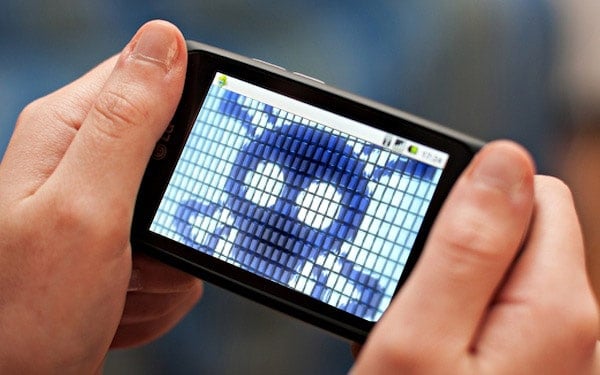 As mobile devices become more and more popular, hackers are quickly turning to them to infest with malware. Every platform out there has had its fair share of troubles with malware, but if this latest report is to be believed, then Android is the worst time of any company with the infestations.

Security software company F-Secure has published a new report claiming that of all mobile malware threats, 79 percent were related to Android. That number is up from 66 percent in 2011 and 11 percent in 2010. iOS, according to the report, accounts for less than one percent of malware. Symbian, who accounted for 62 percent of malware attacks in 2010, was targeted with just 19 percent of threats in 2012.

One form of malware the Mobile Threat Report warns of relates to a virus that can steal the Transaction Authentication Number (mTAN) that banks send via text to ensure validity when performing a transaction. When someone with bad intentions gets their hands on this code, it could be used to complete wipe your bank account clean. Another potential security flaw found in Android can be exploited when you simply install an app, according to F-Secure. For example, when you install an app that promises to help your battery life, it could actually be collecting information about your device and its IMEI number. The report does claim, however, that Google has down many things to improve security with Android 4.2, such including extra security prompts.

There are many reasons why you should question this report, though. For one, F-Secure counts Android test tools as malware. Really? Google is using those to prevent malware. How could they cause more problem? The report claims that the tools "may be misused for malicious intent by irresponsible parties." You also have to take into consideration that these "security companies" are often selling products while publishing these reports. F-Secure's main goal with this report is to most likely sell you some bogus anti-virus for your device.

Malware is a common thing when platforms grow at the rate Android is. It happened to Windows, which is targeted by more than 75 percent of desktop viruses. When there are so many devices made by so many companies, running so many different version of an operating system with no app approval process, malware is going to be a problem. To keep Android as open as possible, there are only so many things Google can do to combat malware. The user has to take some responsibility and tripe check any questionable apps before installing.