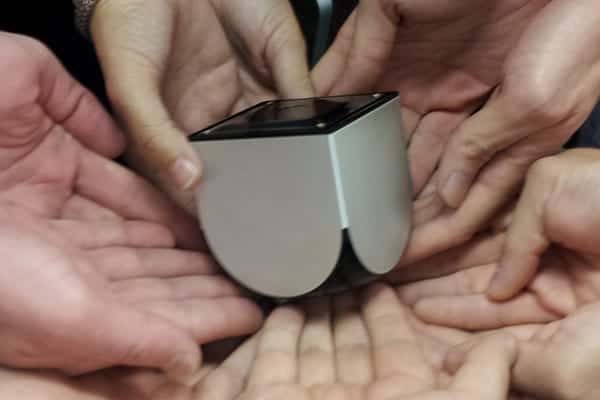 The OUYA is certainly revolutionary, there's no doubt about that. At launch though, the platform will place an emphasis on traditional multiplayer gaming. More specifically, that involves local couch play with more than one physical controller connected to a single console.

Julie Uhrman announced at the SXSW Interactive Festival in Austin, Texas that the device is not going to support online multiplayer at launch, but the functionality will be coming "sometime this year."

For some this will probably be discouraging, as there are more than a few gamers out there that go straight for the online multiplayer in a game.

"I think Ouya is going to bring back couch play."

Uhrman also talked about the security measures that will be put in place to protect content and the platform from deviant pirates. All games will require a server authentication, in order to prevent rampant piracy, which could easily become a serious problem on an open platform like the OUYA.

As far as the upcoming multiplayer gaming, she hinted that the server hosted content could include monitored online leaderboards, or game achievements. Which, by the way, are both features that will be arriving for the console later this year.

One particularly intriguing possibility that Uhrman pointed out for the future, is that the OUYA may someday be integrated into other platforms like smart TVs, and tablets.

According to her, talks are already underway for the console to move onto new platforms.

"I would love for it to be built into a television."

Can you just imagine that? Buying a brand new television, and inheriting an OUYA console by default which is deeply integrated into the hardware itself. Realistically, it wouldn't take much either. The OUYA is, after all, built almost entirely with mobile hardware, namely the Tegra 3 chipset, which was originally designed for the mobile computing market.

Is the lack of online multiplayer at launch enough to turn some of you off to the console? Is anyone changing plans to pick one up at launch yet?

UPDATE: Julie Uhrman further clarified that the OUYA will still support online multiplayer, but not natively. In other words, it's up to the developers to build in the functionality themselves. If the game supports multiplayer, then online gaming will still be possible. Also, as I mentioned above, the integrated leaderboards and achievement system will be added to the OUYA later this year.