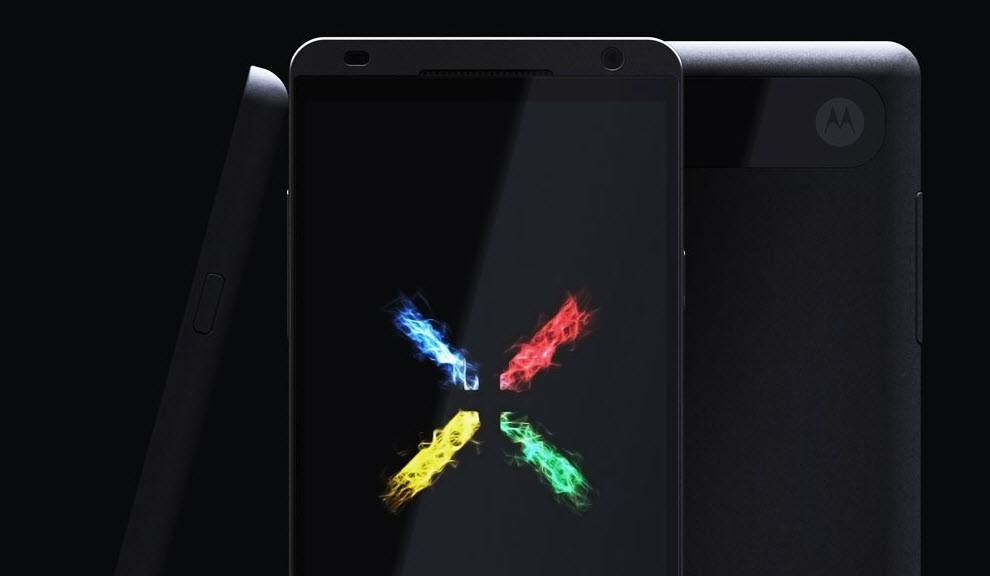 Today might be all about the Galaxy S4 launching, but that's not going to stop rumors about other devices. We've already seen another rumor about the HTC One heading to Verizon later this month. Now it's time to talk about some Motorola X Phone. We've been getting rumors about the Motorola X Phone since late last year. Some rumors were pretty out there, and some were an Android fans wet dream.

Today, and old friend of Android and Me have shared with them some pretty juicy rumors. There are quite a few new rumors here. So let's get started, and break down each one.

Rumor: The Motorola "X Phone" is not just one phone, it's their new brand to compete with Samsung's Galaxy.

The X Phone is supposed to be Motorola's new brand, similar to how they do the Droid brand for Verizon, and currently the Razr brand (Razr M, Razr i, Razr HD, etc.). Which will be pretty interesting, especially since HTC is trying that with the 'One' and Samsung has had a lot of success with the Galaxy Brand in recent years.

Rumor: The first Motorola "X Phone" will be released around June.

Not too surprising here, especially since Google is having their developer conference, Google I/O in mid-May where they will probably officially announce the device. Just like they did with the Nexus 7 and Nexus Q last year.

Rumor: Motorola will guarantee at least one full Android version update after the purchase of the phone. Software updates will be delivered by Motorola, and not the carrier.

Lately, Motorola has been pretty good about updating their devices to Android 4.1. The Droid Razr HD/Maxx HD both got Android 4.1 really quickly. Especially for being a Verizon device. Recently we also saw the OG Droid Razr and Razr Maxx lose all of it's Motorola bloat. But getting updates from Motorola and not Verizon/AT&T/Sprint/T-Mobile is going to be a huge deal.

Rumor: The X line of products will be sold through an "online store" and they can be ordered from carrier retail stores.

Now this is interesting. Seeing the X Phone being sold through an online store and carrier retail stores is something the Nexus line hasn't really done. Well sure you can get the Nexus 4 from Google Play or T-Mobile, but not AT&T. And the Nexus 4 doesn't work on Sprint or Verizon so we won't get into that.

Rumor: Customers will be able to customize their device. They can choose the color of the device and configure some of the hardware specs like RAM and internal storage. Motorola will guarantee your custom device will be delivered in one week.

This right here is big news! From what we have here, it sounds like you'll be able to build your X Phone like your laptop or desktop. Customizing the RAM, internal storage, and more. It'll be interesting to see what all we can customize.

Rumor: Customers can pre-load their own wallpapers, ringtones, apps, contacts, etc. before the device arrives.

This is something that would be cool, but not a big deal for me and probably a number of other people. Adding things like wallpapers, ringtones, apps, contacts, and more are all part of setting up your new device and allows you to play with it. But I do like this idea.

Rumor: You can opt to unlock the bootloader and SIM lock to use the device on any carrier.

Now this is what we would call HUGE news. Being able to unlock the bootloader and unlock the SIM for use on any carrier is a big deal. Especially with the recent changes in the DMCA law.

Rumor: The first "X Phone" will be an octo-core device, with a full core dedicated to Motorola's new human language system.

Octa core! So does this mean it'll sport the Exynos 5 Octa by Samsung? We'll have to wait until Google I/O to see for ourselves.

Rumor: Motorola and Google will heavily subsidize the cost of the device to attract more customers.

This we were kinda expecting. Especially after seeing the price of the Nexus 4, 7 and 10. It looks like Google is looking to continue that trend, which is a good thing.

Overall some pretty good and juicy rumors floating around. Like we always say, take these with a grain of salt since nothing is confirmed. How many of you are excited for the Motorola X Phone?