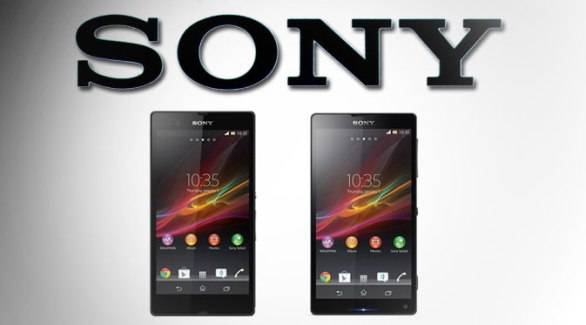 The HTC ONE and the Samsung Galaxy S4 can easily eclipse any of your other options when it comes to purchasing a smartphone this year, but don't you all remember the pair of handsets that were the mobile products of the Consumer Electronics Show earlier this year? Yes, we are talking about the ones from Sony, the Xperia Z and the Xperia ZL, and these devices are still nothing to scoff at in light of the recent announcements from Samsung and HTC.

Although in most markets, you may only be able to choose one or the other between Sony's latest flagship smartphones, these are still a device that many of you might consider when you go to purchase your device for the coming year. The Xperia Z and Xperia ZL are definitely premium products, even though you might not hear as much about them now that the One and the S4 are making the rounds through the tech media circuit. On to a refresher course on why the Xperia still deserves your attention and consideration when making your purchase.

The Hardware of this device is delightful, when speaking of the Xperia Z. The device features a very sleek design, industrial; it is not curves, but edges, that give this Sony devices a grand appeal. The device screams quality and style in the hand, as the lack of a taper and the premium slabs of glass that make-up the outer body of the phone give it a much different and more robust feeling. The gadget is the epitome of Sony craftsmanship and quality, and from the time your fingers touch it, you know that the thing is built right, it's solid. It is very reminiscent of, dare I say, the first experience with touching the iPhone 4  a 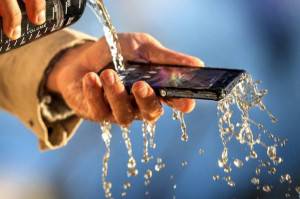 couple of years ago.

The phone is also waterproof as well as dust-proof, and carry the IP55, and IP57 ratings. That alone gives it something that the competition does not have. You could even text in the rain or snow, while those with the Galaxy S4 are seeking a storefront to huddle under while checking their messages. It can even stay underwater for 30 minutes time, others that fall of the boat this summer won't be so prepared.

Can I Get an Amen for Expandable Storage?

Oh yes, the Xperia phones also have expandable storage. With all of the photos and videos that some us are taking, the built-in storage space of the device can shrink very very quickly, and you might find yourself having to clear out some space or upload to the cloud in a hurry while on vacation with one of the other flagships of the year. On the other hand, the phone only comes in the 16GB storage option, and you will not be able to store apps on the microSD card unless the phone is rooted.

Like the other flagships this year, the Xperia Z also comes with a gorgeous 1080p fullHD display. The colors are vivid, with saturation levels that have been describes as close to Super AMOLED display quality. The Sony Mobile Bravia Engine 2 is to thank for that. It will also help with the saturation levels in your photos and videos taken with the device. If color saturation is something that does not float your boat, that can be disabled for more real-life colors.

Although the screen color levels are very versatile, the same cannot be said for the viewing angles. Colors appear washed-out when you veer even slightly away from looking at the display dead-on.

One of the first things that were touted during CES when this device was announced, were the features and versatility of it's camera. The 13.1-megapixel has been described as one of the best among Android smartphones, and the feature set out-of-the-box, is said to be one of the best as well. Camera-test photos, alongside the iPhone 5 have proven that Sony's set-up is tit-for-tat with the Apple flagship, which is commonly called the "best" smartphone camera.

Sony's UI is not nearly as over-done as it's competitors. Sony stays along the lines of stock Android with it's home scree, app drawer, recent apps, and settings menu. This is perhaps even more upsetting than an all-out proprietary UI, since it is more along the lines of a skin over the best-looking interface ever (Jelly Bean), that you cannot change.

This is a great release from Sony, and it is very disappointing that more people won't even give it a chance, simply because the Galaxy S4 exists. Even more saddening, is the fact that the United States might not even get to see the Xperia Z, and if we do it will only be on one carrier or so. I urge all of you that have the chance to take a look at this phone to at least pick it up and give it a once-over. Even compare it to the Galaxy S4 if you are in a position to do so. I believe that seeing this device in real-life, gives a much deeper appreciation for the phone than seeing it in pictures. Have any of you been able to get the Xperia Z or if you have even had any hands-on time with it; we would like to hear what you think about the device in the comments section below.