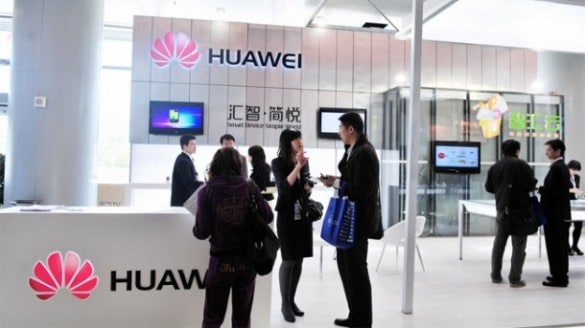 With a lot of the big name manufacturers sitting out CES and Mobile World Congress this year in favor of their own separate events to announce their upcoming flagship devices, a large void needed to be filled. This left some companies that may not have the best brand recognition a great opportunity to showcase their wares without standing in the shadows of the giants.

One of the companies that seized on the opportunity was Huawei. After a successful CES showing where the world’s second largest telecom manufacturer unveiled a pair of high end devices, the Ascend D2 and the Ascend Mate, Huawei had not one but two stands at Mobile World Congress last week in Barcelona, Spain. This time showing off the Ascend P2 a high ender which they are calling the world’s fastest smartphone.

The Company is clearly sending the message to the rest of the world that they are going to make a real push into the top  of the mobile space. Huawei, which is backed by the Chinese Government, is actually aiming for top three. That means that they are coming for Apple and Samsung with not just a company’s resources, but with the full funding of a country which happens to be one of the largest and has one of the fastest growing economies in the world.

Wan Biao, chief executive of Huawei Devices, is in charge of leading the company from top infrastructure provider to top mobile manufacturer said “If you look back five years ago, Apple is small, Samsung is not so big. You can’t see where we’ll be in five years. At least top three. Maybe number one.”

Biao says that the manufacturer is currently in the first of a five year much needed transformation strategy. Huawei, you may remember, was embroiled in a privacy controversy where they were accused of putting spying capabilities into their hardware. The US House Intelligence Committee even went so far as to call the company a national security threat, and along with Australia and New Zealand have taken extra measures that prevent Huawei from getting government contracts.

The plan is to start in the top tier and move down into other categories, and they are producing these devices fast. The Ascend P1, which sold over a million units around the world in the last three months already has a followup in the P2. They are also moving to make partners with carriers as well. This is evidenced by deals with all of the UK’s providers to carry Huawei handsets. Also, while they plan on having a single flagship, the devices will vary market to market depending on the region’s economy.

Going forward the company plans to invest 10% of it’s earnings on research and development while putting it’s 45,000 software engineers to work on making the next great smartphone. Added Wan “We think Huawei’s pretty famous with business customers and network operators. The challenges and the big opportunity is in the consumers. Right now, Samsung and Apple are the top two. But all the others are a good opportunity for us. We’re one year in to a transformation. We are on the way to being a top-three consumer brand. We defined strategy and we are on the right way.”