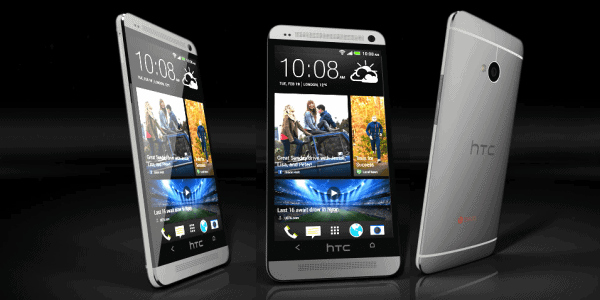 It's official. HTC is definitely not doing well. They've just reported that their revenue has declined to only $384 million in February, this year. That's a 44% drop compared to only 4 months ago. So it's pretty obvious they are going downhill here, and it's happening fast.

This makes their sales as low as they've been early 2010, about the time they released the first Nexus device ever, the Nexus One. This announcement comes after last month they experienced the lowest profit since 2004 – only $34 million – which was a drop of 91% compared to a year before. There's no doubt something is terribly wrong at HTC, but the real question is how do they fix it, and how do they get their mojo back, and start making everyone love HTC phones again?

I think there are two main ways they can do that: building a Nexus phone again, or the next best thing: starting to make stock Android devices with guaranteed 2 year upgrade periods.

I've talked before about how a HTC Nexus would not only help HTC gain a lot of sales (a lot more than Nexus 4 did, especially if Google/HTC don't experience the same supply issues again) but it would also greatly improve their image in the  smartphone market. Even if HTC has made some high quality devices lately, all the poor sales reports haven't given consumers a lot of confidence in HTC and their devices.

People like choosing a winner. That's why even if people may initially have disliked the Galaxy S3, after hearing that so many people have gotten it and are happy with it, they then seriously started to consider it. HTC needs that kind of "winning" halo effect.

Making a Nexus device would get every single tech site to write about it, and if nothing goes terribly wrong, they would do it in a very positive way, too. That's free marketing that money can hardly buy, and it's not like HTC has a lot of that now, anyway. A new Nexus device made by HTC could be critical for the surviving of the company.

In the past HTC used to be the company that always "got it" first. They "got" Android, and were the first to make devices with it, and that helped them grow larger than ever before, to the point where they thought nothing could go wrong. So why does it seem that HTC isn't "getting" it anymore? Why aren't they the first company to push for stock Android? Considering nobody really does that, it would be a strong advantage for them over other companies. And it's pretty obvious most people don't like their Sense skin anyway.

If for whatever reason Google isn't letting them build the next Nexus (which I still think should be their #1 priority for the free publicity alone), then they should start building their own Nexus-like devices. And by that I mean more than just stock Android. Because with Nexus, stock Android is only half the story. The other is 18 months of upgrades as soon as the new version comes out.

HTC may not be able to release the new version of Android as soon as Google themselves do it for Nexus, but with the PDK and considering they don't need to put their skins on top anymore, they should be able to shave months from the typical upgrade cycles. Plus, they can do one better than Google. They can guarantee 24 months of upgrades. That means one extra upgrade compared to Nexus devices.

So for example a Nexus device from this fall would come out with Android 5.0, then get upgraded to Android 5.1, then 6.0 a year after the launch, and then 6.1, as the final upgrade. A Stock Android device that was launched with Android 5.0 would be upgraded up to Android 7.0. I could see that as a pretty luring proposition, even compared to Nexus devices.

I don't think this is all HTC needs to do to get back in the game, but they are definitely the "magic bullets" that can give them a huge boost in sales and image almost immediately. But other things would include continuing to make high quality devices, both in build material and design, but even more importantly, continuing to add new innovations to their devices, such as the "ultra-pixel" camera, that can set them apart the others. Just incrementing the specs from one model to another gets boring quickly, and it's not really something that gets people talking about your devices.

If they can make a Nexus device, and then other stock Android devices with guaranteed upgrades, and keep adding new innovations, HTC may be able to stop this death spiral they are in right now, and get back on track.