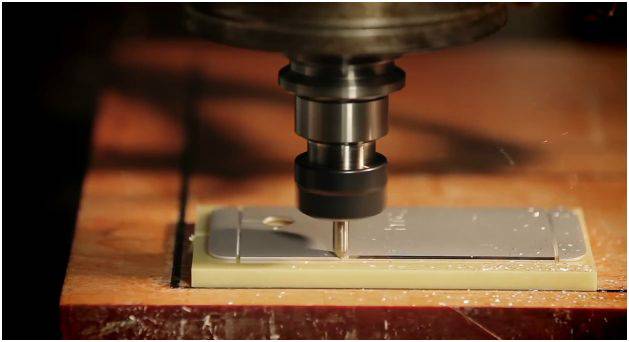 The HTC One is one of the more compelling smartphones to come down the pipe in recent memory. Since it's announcement a few weeks ago people have been salivating over the design and specs of this device as it truly is a well built flagship device. Unlike Samsung's soon to be announced Galaxy S IV which is made of plastic, HTC opted for premium metals while building what they hope is the smartphone that begins their ascent back to the top of the Android mountain.

As with any piece of tech there are always those among us who like to see how the sausage is made so to speak, and HTC has obliged by releasing a short video on the manufacturing process of the HTC One. The video, which was shown to attendees at the dual launch events in New York City and London, shows Jethro Liou, Senior Director of Manufacturing Design, speaking about the electro-chemical metal etching process as well as how they used a diamond cutter to create a chamfer around the edges. Another cameo is made by Creative Director Daniel Hundt who talks about coming up with a "zero gap construction" body.

It apparently takes a total of two hundred minutes to complete the manufacturing process, and after watching the video you can see why HTC is always mentioned as at or near the top of the list when it comes to the build quality of their handsets. You can check out the video below.
pDjfh5mFWUc
The HTC One is rumored to start selling in the United Kingdom on March 14th. It is also expected to be available here in the US some time this month on AT&T, Sprint, and T-Mobile and carries with it the following top of the line specifications:


For those of you on the fence about this device does this short video sway you one way or the other? I'm sure die hard HTC fans are already lining up for the HTC One, but what about the rest of you? Maybe waiting to see what Samsung announces next week? Let us know after the break.