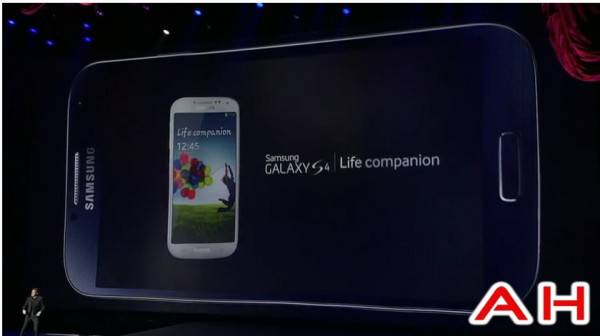 Now that the Galaxy S4 is officially official, finally, it's time to stack it up against it's competition. We've made a nice looking table below that shows you the specs of the Xperia Z, HTC One and Samsung Galaxy S4, which have all been announced in 2013 as flagship devices for the various manufacturers. We already know the HTC One will be coming to T-Mobile, Sprint and AT&T, while the Xperia Z looks like it'll be unlocked only so it'll be very high priced since there's no sign of it being subsidized in the US.

So without further ado, check out our table below. Which one of these phones would you choose and why? I know many of you would choose the Galaxy S4, given Samsung's success and large development community for the previous Galaxy S models. Let us know your thoughts in the comments below. 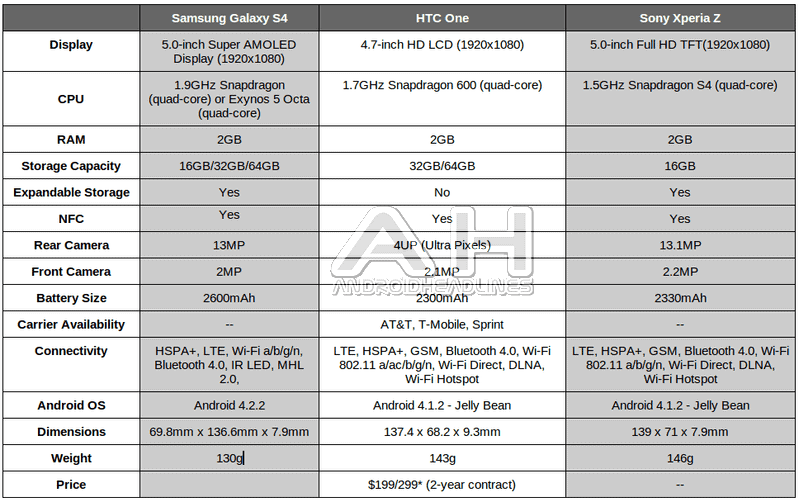