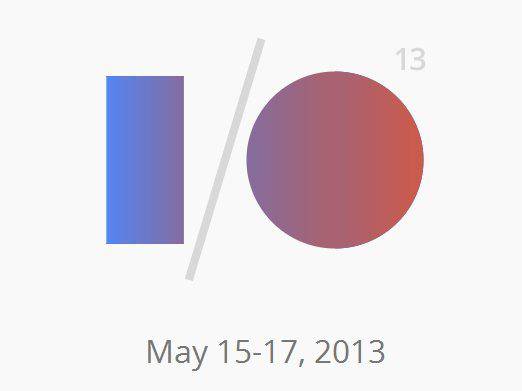 We all knew this was going to happen, maybe not as fast as this but, it was a dead cert to happen soon after tickets went on sale. Tickets for last year's conference sold out ridiculously fast in around 28 minutes. This year tickets sold out in around the same sort of time, not even lasting an hour. Google I/O is one of the biggest events in the tech calendar and for fans and developers of Google's products, it's the biggest. For the last few years, Google I/O has given us some really great product announcements and enhancements to Android, Chrome and more. Last year we saw the introduction of the Nexus 7 and Google Now alongside Android Jelly Bean. Google Now has fast become one of the most talked about features of Android and there's no sign of it slowing down.

This year, we're expecting a lot of buzz around Project Glass, they already teased quite a bit at SXSW last week and so we'd expect Google's own conference to show off some more concrete details and really show it off. Especially when you consider that the company is very much looking to launch the device to consumers this year. We've seen a lot of what Project Glass can do on its own but, we've yet to see just what Glass' place within Android will be and how Google aim to connect the two platforms together. With I/O being the company's springboard for new versions of Android, we're expecting to see the begging of integration between the two.

Tickets for the event have now sold out and has registration has closed, if you missed out on getting a ticket we're really sorry but, Google often live stream the events so, if you were looking to head to the event just to soak it all in, then you can still watch from afar online. For developers that managed to get in though, there's sure to be a whole host of events and talks that will help you further app or game development, encourage you to try new things and even how to market your works a lot better than before.

Are you heading to I/O? Let us know in the comments below! We'd love to hear from you.