On October 29th, of 2012, Google introduced the Nexus 4 and the Nexus 10. The Nexus 10 is meant to be their 10-inch high-end Nexus tablet, and it truly is. With a display of 10.1 inches and a resolution of 2560×1600, it's the best display I've seen on a tablet ever. But they didn't stop there. The Nexus 10 is built by Samsung, so you might expect it to feel a bit cheap or plasticky, but it doesn't. The Nexus 10 is very light and feels like a quality tablet. It's packing the Exynos 5250 which is a dual-core processor, along with 2GB of RAM it also comes in 16GB or 32GB sizes. 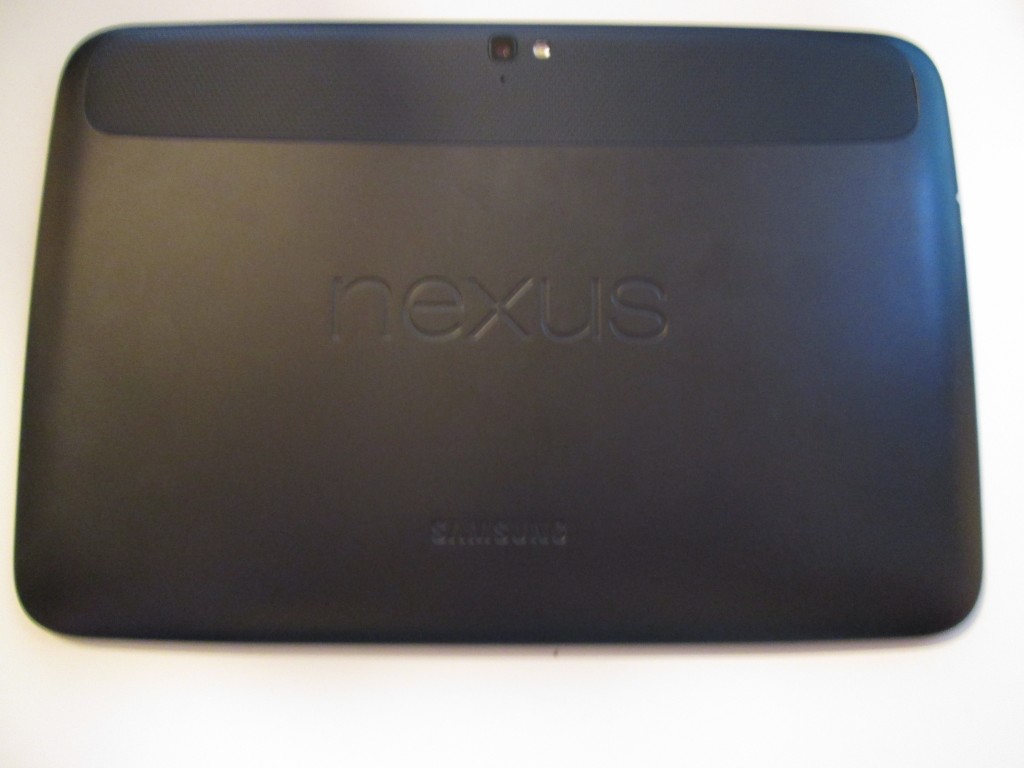 I talked about the design a little bit above, but the design of the Nexus 10 is just amazing. You can see it in the pictures through out this review, and in the video review. But that doesn't do the Nexus 10 justice. The Nexus 10 has dual front facing speakers like on the HTC One, along with a 1.9MP front-facing camera above the 2560×1600 display. On the sides you have your micro USB, then your power and volume rocker which seems to be upside down to me. On the back there's the 5MP camera, which takes pretty good pictures which you'll see further down in this review.

The Nexus 10 is running on Android 4.2.2. Which is still Jelly Bean, but with a few new enhancements and features over Android 4.1.It runs extremely smooth, and I haven't noticed any lag at all. Although Android has gotten rid of that tablet UI we all know and love, and given it a phone UI. That is probably the only drawback. Especially since there is so much space lost in the app drawer and even on the home screen. I had to install Nova Launcher so I could use all that space.

It's stock Android, is there really anything else that needs to be said here? It works just like Android 4.2 does on the Galaxy Nexus, Nexus 4, and Nexus 7, except it's on a 10.1-inch display.

There aren't really any features specific to the Nexus 10,  since all the features it has are for the most part software based and part of any other Nexus out there running Android 4.2. These features include Photosphere, quick settings, more project butter enhancements and so much more. 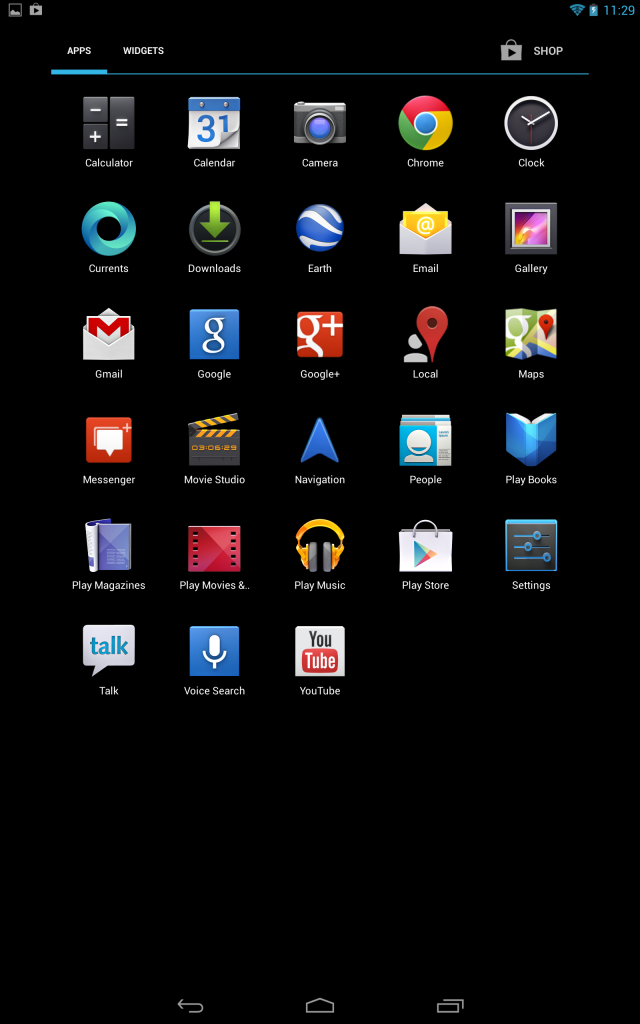 Well it's a Nexus, so there's not a whole lot of extra apps that come pre-installed. Mostly just Google apps like Google+, Google Play Movies & TV, Google Play Music, Google Earth, Gmail, etc. As you can see there aren't many apps installed compared to some of the other carrier devices out there, like the Droid DNA.

The battery life on the Nexus 10 really blew me away. I knew that a 9000mAh battery should perform pretty well, even with that kind of screen resolution, but I didn't expect this much. Check out the images above and see what I mean. This thing blows the Nexus 7 battery out of the water. 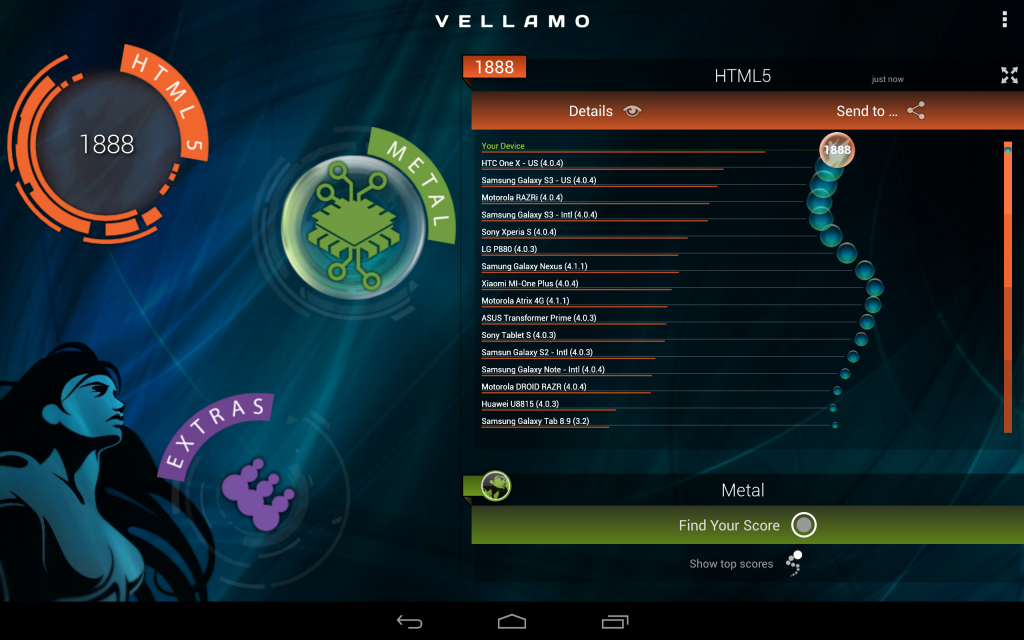 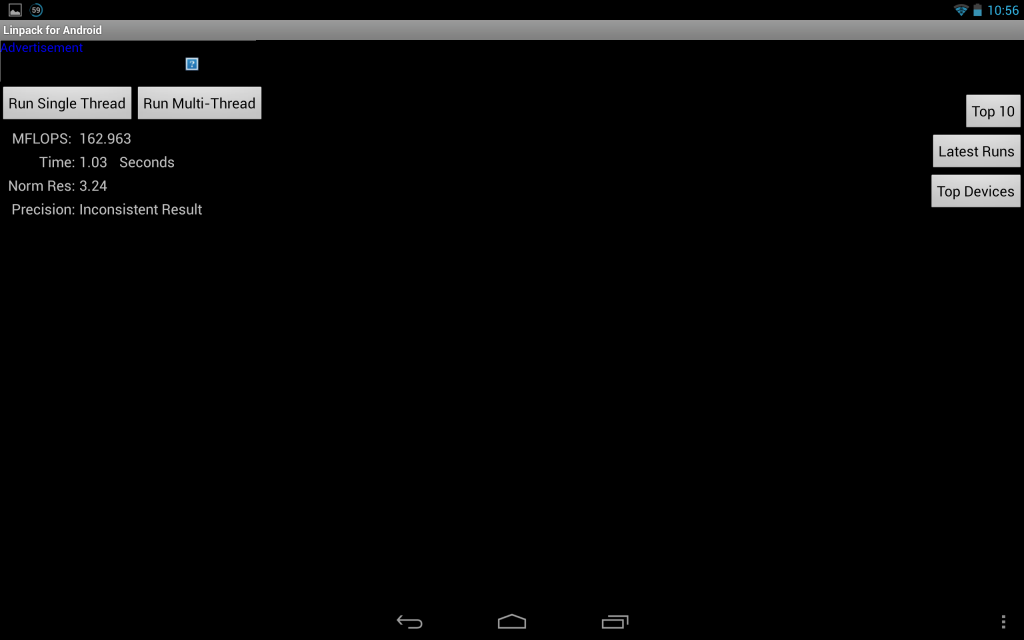 Linpack is the benchmark we use to measure the speed of the ROM and CPU. Of course,this is running the stock ROM, unrooted and got about 162 MFLOPS which stand for millions of floating point operations per second. Not to bad Nexus 10, not bad at all. 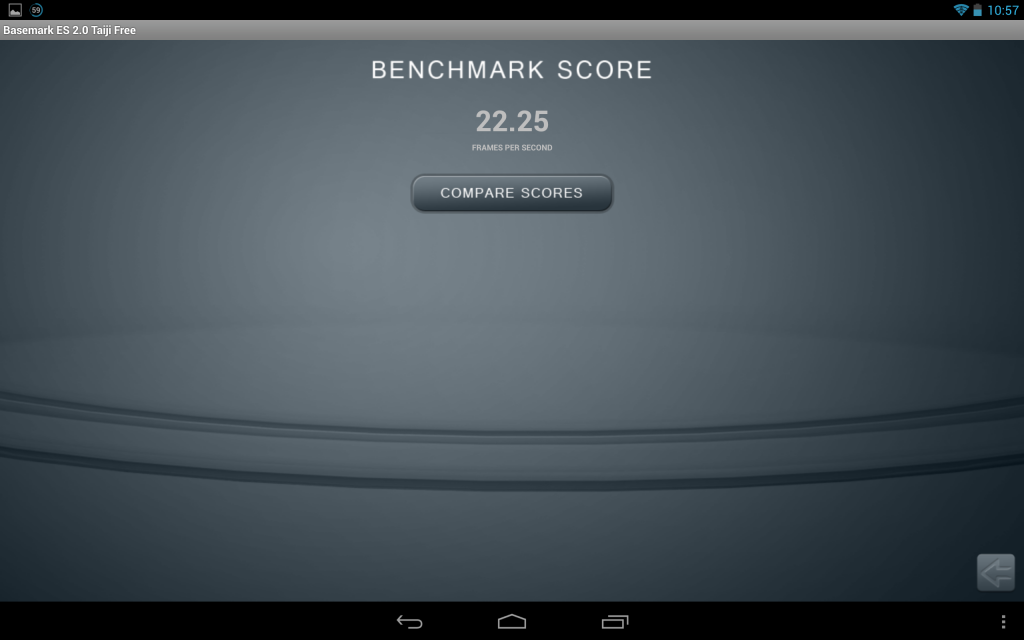 Basemark measures the gaming and graphics performance of your device. This is the consumer version of the mobile industry's standard graphic benchmarking product. Which the Nexus 10 did pretty well with. May not be at the top of the pack, but it's not at the bottom either. 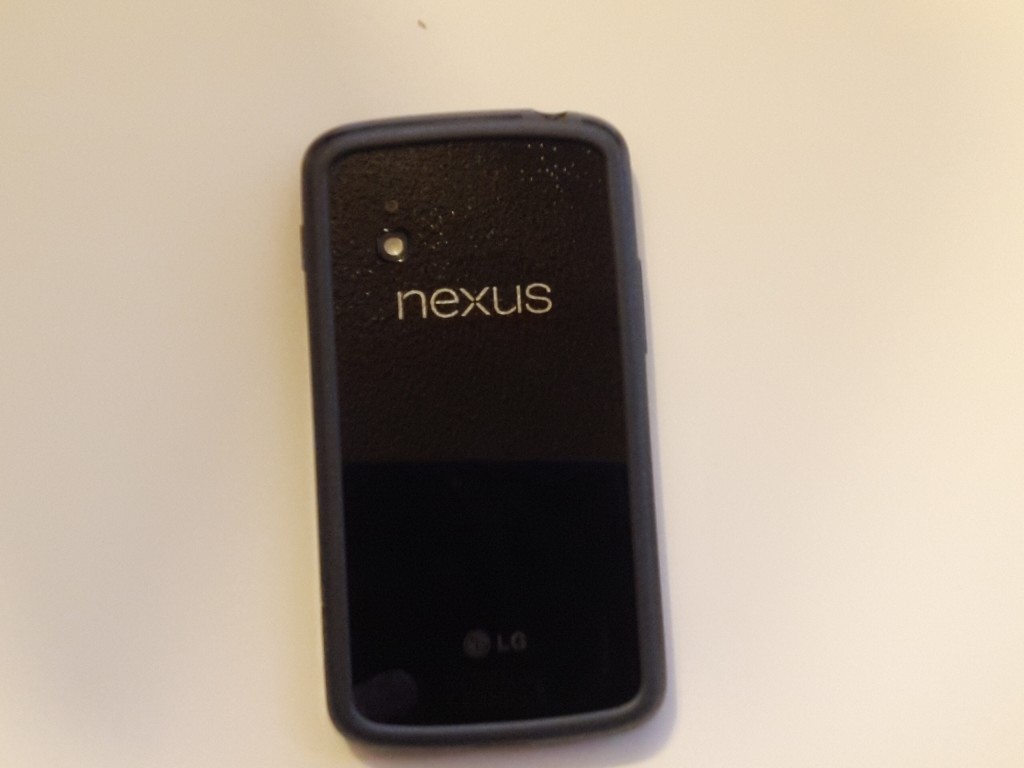 The camera on the Nexus 10 is actually pretty good. Of course, it is a bit awkward taking pictures with a 10-inch tablet. But as you can tell from the picture above and the one below, it's good for a tablet camera. 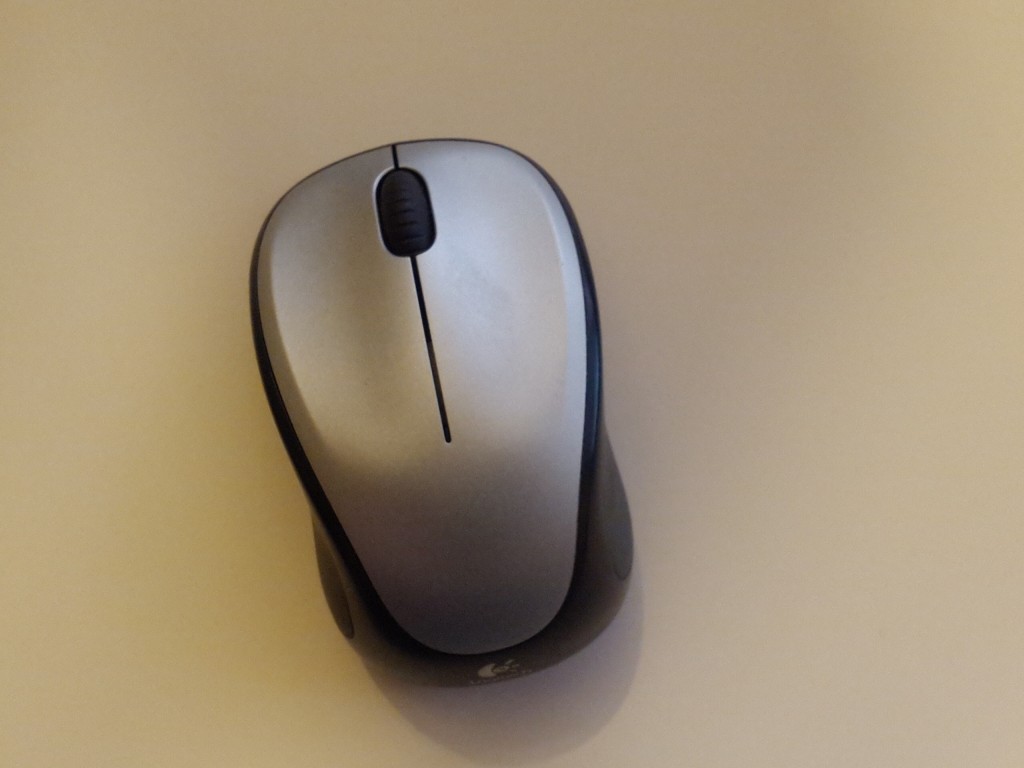 The display is where the Nexus 10 really shines. I've said already numerous times in this review, but the 2560×1600 resolution display is awesome. It's especially good when you're using the Nexus 10 for media consumption. I spent a good amount of time over the past week watching Netflix, Hulu+, and YouTube on the Nexus 10, and I've got to say that screen makes it look so beautiful.

The Nexus 10 does not have mobile data connectivity. But does have WiFi, GPS, NFC and Bluetooth 3.0 connectivity.

So far there aren't any "official" accessories available. But that is pretty common with Nexus devices. They usually get released 6-9 months after the product is released. So hopefully we'll see some cases and other cool accessories soon.

Currently the Nexus 10 only comes in black, no other color options at the time of writing this review.

The Nexus 10 is all around an amazing device. So would I recommend it? Yes, in a heart beat. But before you read to much into that, you'll need to think about if you want a 7-inch or a 10-inch tablet. If you want a tablet for media consumption than the Nexus 10 is for you. If you want a tablet to compliment your phone, where you can check out Facebook, send some emails, etc., then you'll probably want the Nexus 7 or another 7-inch tablet. I'm not telling you no, not to buy the Nexus 10. But to buy what is going to work for you. The Nexus 10 is simply amazing, and I can't wait to see what the next version of Android is going to add to it, or even what the next iteration of Google's 10-inch tablet will bring.

Trusted By Millions
Independent, Expert Android News You Can Trust, Since 2010
Publishing More Android Than Anyone Else
32
Today
141
This Week
601
This Month
1275
This Year
111386
All Time