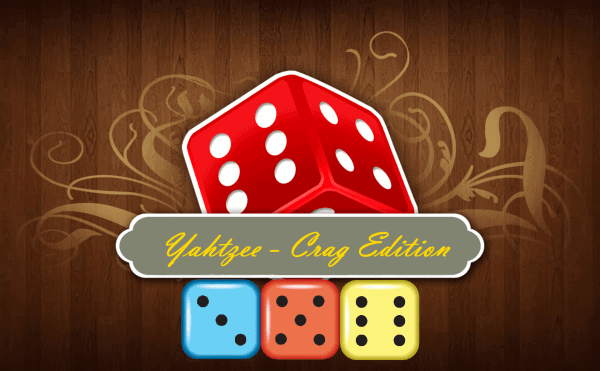 Do you have fond memories of playing Yahtzee with family or friends? It seems that the days of playing board games is pretty much behind us and everything is all about Xboxes and PlayStations. I'm a pretty big gamer myself and spend a lot of time on my PC but, I still have love for old-school games like Yahtzee and I'm a big Scrabble fan. Let's take a look at Yahtzee Crag can give you the same fix on-the-go.

Description: Yahtzee Crag is a lot like the original Yahtzee or Yacht that you've probably played before but, this time around things are faster and it's played with three dice. There are different scoring categories as well. The game runs for 13 rounds and in each round you roll the dice twice. You can choose to re-roll all three dice or as little as one dice. You can also skip the second roll. Rolling a combination that's already been used will force you to score zero in an empty category on the scoreboard.

How it Works: To get started with the game, you'll obviously have to go and download it from the Play Store. There are two versions to consider, an ad-supported free version and a Deluxe version with no ads. Once you get the game up and running, you'll see the main menu with some choices: 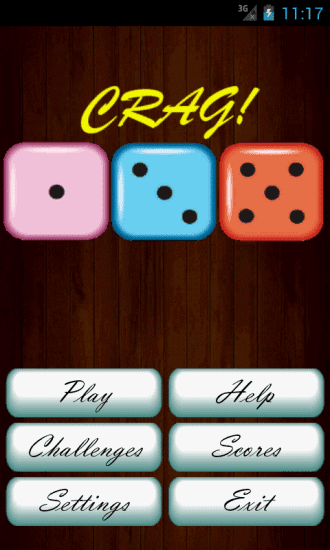 There are two types of game you can play, single or double: 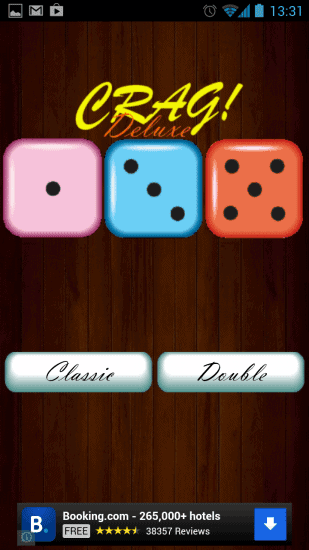 Let's take a look at the single mode here, when you start a new game you'll be greeted with a scoreboard and three dice to roll: 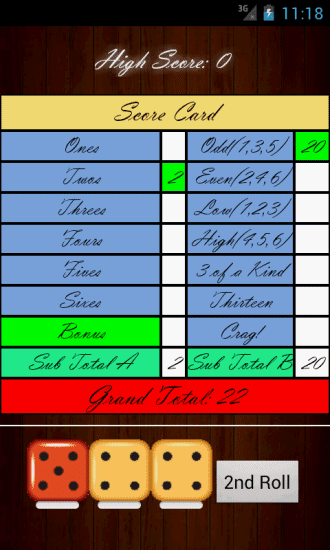 To play the game you have to roll the dice, at first you'll roll all three dice. Then, looking at what you've rolled, you can either select a score from the board. So, if you rolled two sixes and a one, you can fill in 13 on the scoreboard. Or, you can roll again – you can choose which dice to re-roll or just go ahead and re-roll them all but after that, you have to pick a score – even if that means putting a zero down for something. 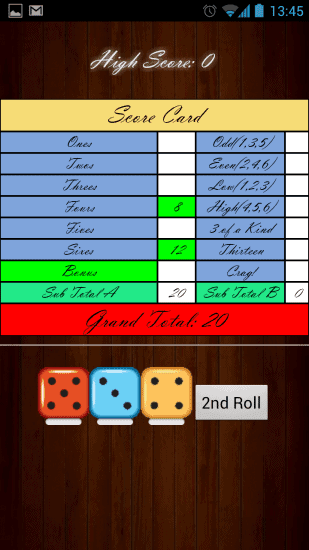 Placing the right scores is what gets you high-scores. Sometimes placing a score on the first roll is a better idea than holding out for something bigger on the second roll. Once you start to fill up with your scores, you can get an idea of what sort of score you're heading for and then you'll be able to play off of that and make sure you fill in the remaining gaps to get the highest score you can. 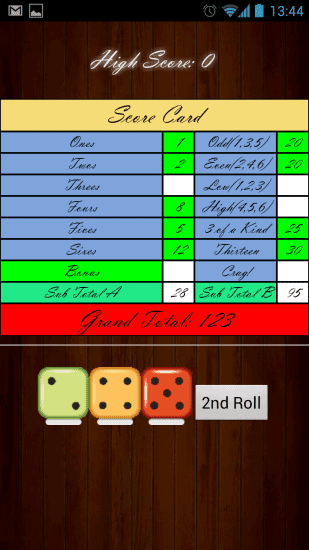 There's also the double mode as well, which essentially allows you to put down two scores instead of one, as you can see from the scoreboard: 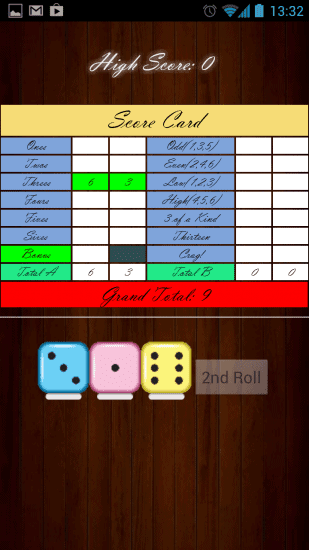 You'll need be a little more careful in picking your scores this time around, because there's a bigger opportunity to score big than there is in the single mode: 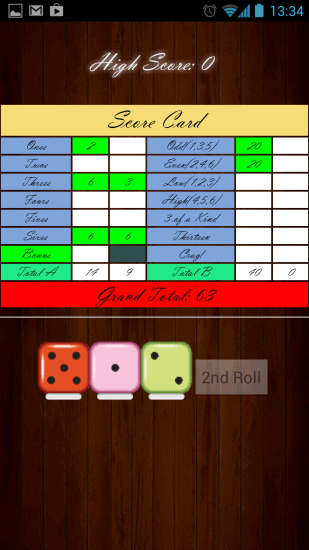 You can also challenge others and gain achievements through the challenge part of the app, that ties into the Scoreloop network: 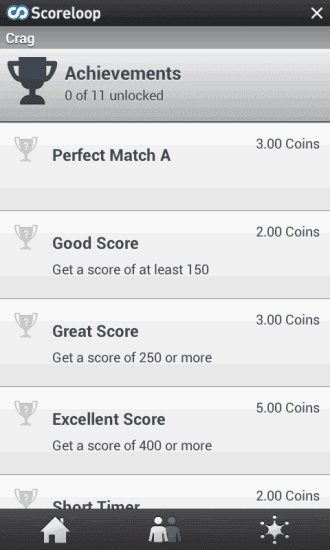 If you get stuck at any point, you can take a look at the instructions for the game through the Help menu when you first open up the app: 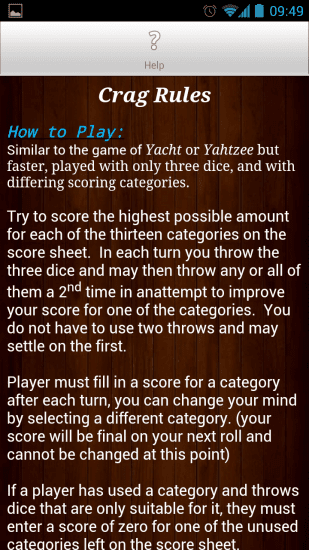 Opinion: It's a strange game to get used to at first but, once you do, it's a lot of fun. It's a nice break from all of the 3D, high-action games that have become immensely popular. If you're a fan of Yahtzee you should really like Yahtzee Crag, it's also pretty addictive so, make sure you don't have something you need to get done when you start playing the game. The graphics are a little dated but, they work. I just wish the font were a little clear in the scoreboard.

Conclusion: Yahtzee Crag is a brilliant app for those looking for a change of pace and if all the 3D games out there aren't for you this a great game to a look at. Once you try you might find it difficult to stay away because the game manages to pit yourself against yourself. In that you're always trying to do better and better, to make smarter decisions and come out with higher dice-rolls. When you're playing a game that's half luck and half skill, it's great to be presented with a challenge and that's just what this game offers you. Give it a try and, if you like the look of the app it's well-worth getting rid of the pesky ads and paying a small fee to get the full version.