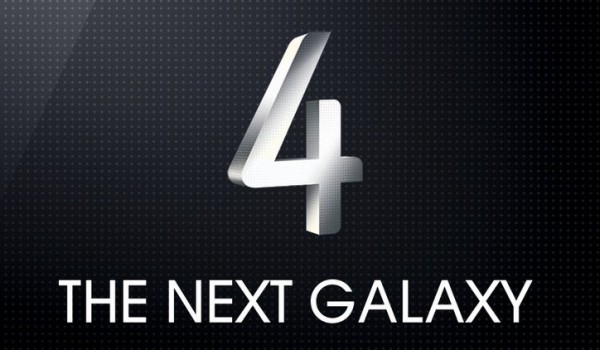 We all know the drill now, Samsung's latest smartphone is about to come about and of course, the rumor mill is cranked up to full and it's bringing us their best work to date. The Galaxy S IV is undoubtedly one of the most anticipated devices of 2013, judging how popular the Galaxy S III was throughout most of 2012. To put things into perspective, Samsung managed to sell 40 odd Million Galaxy S IIIs last year. That's a big number and people will be looking to the Galaxy S IV deliver more of the same, and something extra special. Whether or not they have something that's truly new can only is a question that can only be answered next week at their event on Thursday. 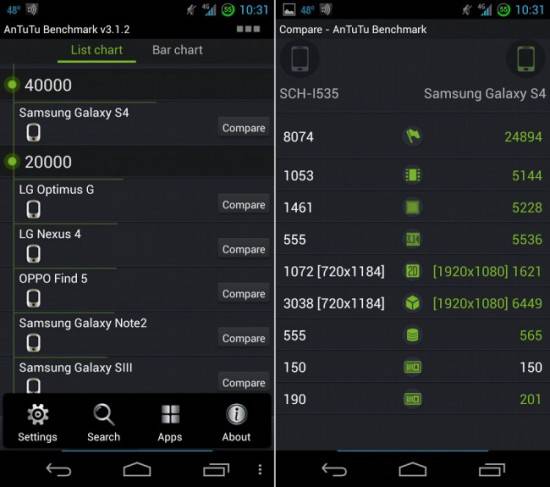 Benchmarks are one of those things that we've grown accustomed to floating around Android news close to a new device release. The Galaxy S IV is no different and the folks over at Droid-Life have gotten word that the Galaxy S IV has been strutting its stuff on AnTuTu, with its results out for all to see. We all know that benchmarks aren't set in stone and that they're easily faked and tweaked so there's really nothing to suggest that this is an actual test of the Galaxy S IV's hardware or not.

The mysterious device is listed as "Samsung Galaxy S4" in AnTuTu and the score pretty much triples that of the Galaxy S III and puts other devices to shame. AnTuTu lists the device as coming with a 1.8 Ghz quad-core Exynos 5410 processor, Android 4.2, a 1080p display, a 2.1MP front-facing camera, 2GB of RAM and a 13MP camera rounding it all out. Take a look at the screenshots to see how this mystery device looks on AnTuTu. 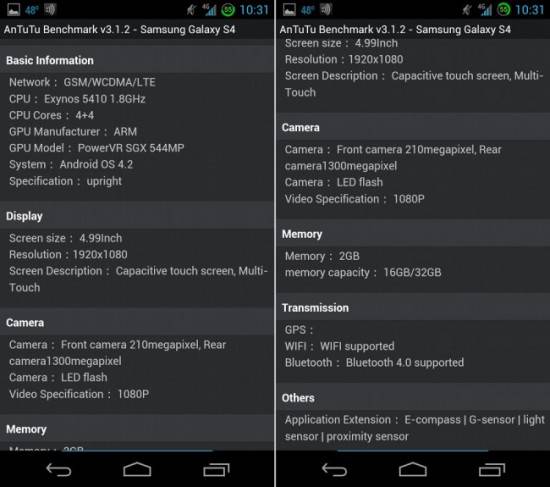 The Exynos 5410 could be the Exynos Octa, and it might only be reporting 4 cores because its the Cortex A15 cores that do all the heavy lifting, and you'd assume they'd be the cores to benchmark. I, for one, think that it's too early for the Exynos 5 Octa to be rolled out and that Samsung might be holding this CPU back for the Galaxy Note III, I guess we'll have to wait till next Thursday to see if I'm wrong or right.