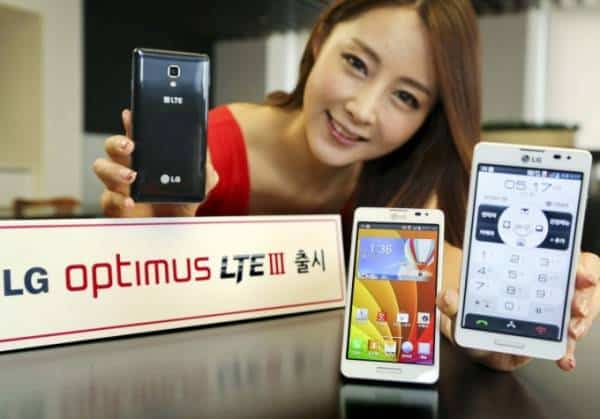 With almost all of the major Android manufacturers having made their announcements regarding their 2013 flagship smartphones, one company has been conspicuously silent, and that's LG. The once and future Nexus handset winner hasn't so much as leaked a blurry image for their followup to last year's flagship device the Optimus G.

The Optimus G could be considered a turning point for South Korea's other manufacturer. The (not so) long lost brother of the Nexus 4 was able to stand on it's own two feet, hitting the one million unit sold mark a couple of months ago even while being a bit overshadowed by it's Google supported relative. The Optimus G even brought something to the table that the Nexus didn't, 4G LTE.

It was easy to see that The Optimus G was a solid smartphone right from jump street. This 4.7 inch beauty was powered by a Qualcomm Snapdragon S4 Pro processor so it absolutely flew. Add in that 2100mAh battery and there was more than enough juice to get you through most situations. Of course there was some software gimmicks like QSlide, but every phone not a Nexus has stuff like that so it is what it is. At the end of the day though LG finally had a device that could go toe to toe with the best that the other companies had to offer and in some ways bested them.

Now as we move further into 2013 we await the follow up. Sure they have made some pretty impressive showings so far most notably at Mobile World Congress where along with countless low end smartphones LG unveiled the Optimus G Pro. The Pro was a good handset, a 5.5 inch phablet actually, but lets call a spade a spade the Optimus G Pro is meant to be a placeholder to keep the name LG on people's lips until their real 2013 flagship hits the shelves.

Now a lot of people would say that since LG will most likely be releasing the Optimus G II later in the year it's a bad thing because they will be playing catchup, and that argument is a mixed bag at best. On the one hand they are behind almost everyone else but on the other they are in the catbird seat and get to see what everyone else has to offer.

So far this year Sony has had the stage all to themselves and their Xperia Z has been selling quite well. We've also seen HTC plagued with supply issues for their flagship the One, and more than a few people complaining that the Samsung Galaxy S IV is nothing more than a refresh of last year's Galaxy S III, this leaves LG in a great position should they grab the bull by the horns and release an innovative Optimus G II. By the time it's announced most people will be ready to move on from Sony and the post GS4 hangover will have subsided so unless there is a HTC resurgence, LG could very well close the gap somewhat with Samsung, the top Android manufacturer.

It's also yet to be seen if LG will get that fabled "Nexus bump". HTC was already the king of the Android mountain when the Nexus One was released but it was a pair of successive Nexus handsets for Samsung that propelled them to the top spot. If that trend continues look for the LG Optimus G II to be a very close second to the Galaxy S IV as we close the book on 2013.

Most people will argue that this is HTC's make or break year and while they do have a lot riding on the One, it's arguable that it's an even bigger one for LG. They will either take their place on or near the top of the Android world or they will be known as a one and done manufacturer who is better at making mid to low end devices like the F or the L series. Nothing wrong with the latter but that's not what any company should strive for.