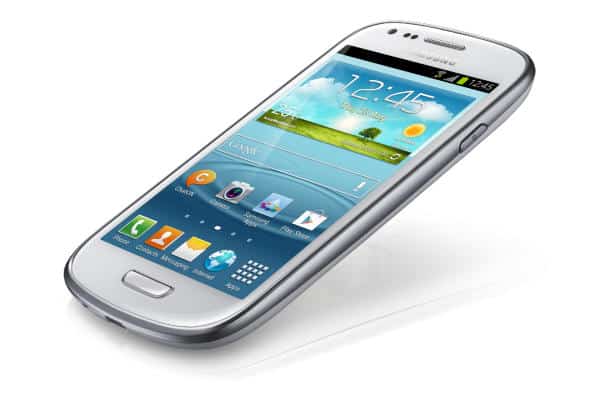 As Samsung experimented with the S III Mini, it looks like there’s going to a smaller version of the Galaxy S IV for those not interested in such a large display. With the Galaxy S IV growing to 5.0-inches, from 4.8-inches there’s a good chance that there will be more call for a smaller Galaxy S device than ever before. Whether or not there is, is pretty irrelevant to Samsung as we all know – and they’ve shown in the past – that they’ll make smartphones with every screen size that they can. The Galaxy S IV is sure to sell in huge numbers but, has the device grown too much this time around?

Bloomberg has run a fairly in-depth story on Samsung, it’s worth a read if you want to get an insight into the company, and in it they let slip that the S IV Mini is indeed launching later this year:

“The Galaxy S 4 doesn’t come out until late April. It’s fast, has a big, bright screen, and will probably be another huge hit for Samsung, as will the S 4 mini that will go on sale soon after”

Of course, Bloomberg saying something is going to happen, doesn’t mean that it will but, throughout the piece that demonstrated access to Samsung officials and more, so the likelihood of something like this letting slip is pretty high. Besides, 2013 is a year that looks like more of 2012 for Samsung, which is probably not a bad thing. As for the S IV Mini itself, we don’t know too much about it right now, despite rumors pertaining to its processor and that it appears to have been spotted in the wild with the model number of I9190.

This year’s “Mini” could see a jump in size, to something more like 4.3″ and if Samsung were serious about the Galaxy S IV Mini, then it’d come with a better looking display and be positioned as a quality product and not a budget-minded device, that didn’t turn out that cheap like the Galaxy S III Mini.

With smartphones getting bigger and bigger, would you consider something like this?