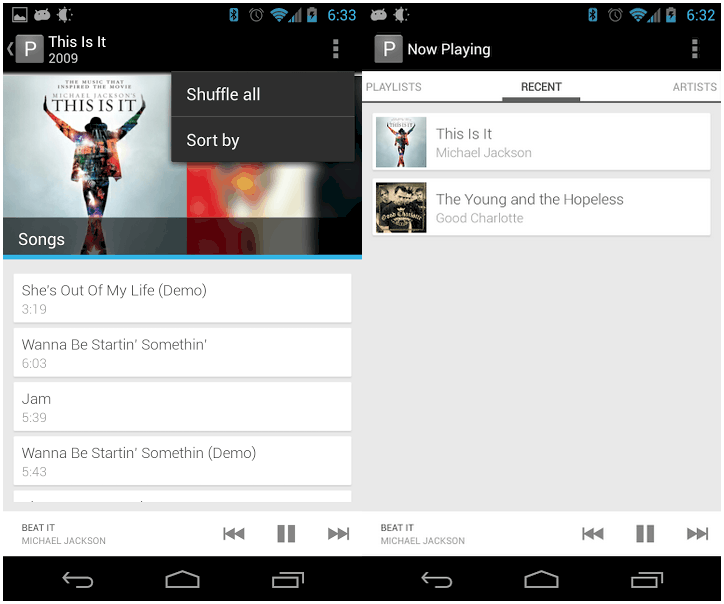 We've been saying for quite a while now that the entire Android OS is probably going to make a move to the Holo light and cards interface. We've also said that the current Google Music app isn't all that good looking. Well a few months ago, over on Reddit a Google Now themed Android music player appeared. During that time it was just a concept. But since then, a talented developer by the name of Jack Underwood made it a real thing and named it "Now Playing" which is currently in beta and you can grab the apk right now and install it on your Android phone.

Keep in mind it is a beta, so there will be some rough edges around the app. But the Google Card design scheme that Google has been using a lot of lately is very notable in this new app. The guy behind it all is Jack Underwood, who posted it on his Google+ page early this morning with a link to the download. The apk is available on his dropbox which is in the link below.

You can install this app just like any other app you've sideloaded. Just be sure that "Unknown Sources" is checked, then you can install the APK. Now there's no news about this working with Google Music, but since their API is heavily locked down, I'd doubt it'll work with Google Music, unfortunately. So it'll only work with music stored locally on your phone or tablet. Either way it's still a beautiful app, and I can't wait to see how much better it gets in the coming weeks.

After you install it, feel free to leave your thoughts on this music player down below. We'd love to hear what you think about it.