Here's some Android news, right out of the blue today, Andy Rubin is to leave the Android team to start a "new chapter at Google". Sundar Pichai, of Chrome, is to take his place at the head of the Android table. It was announced today on Google's blog as an "Update from the CEO" that Mr Rubin would be stepping down from heading up Android, a position he has held since the platform's conception. Andy has worn a couple of hats throughout his career and was at one time CEO of Danger – of SideKick fame – and then CEO of Android Inc. before it was bought by Google in 2005. He's been running the show since then and he's decided that he wants to move on to something else at Google. 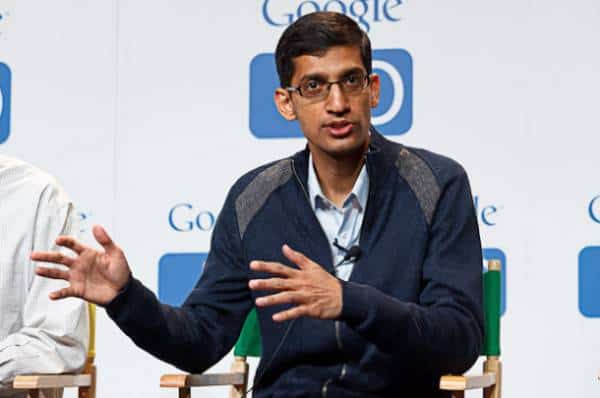 Taking up the lead at Android is now going to be left to Sundar Pichai, who you might know as the Senior Vice President of Chrome. In addition to becoming the new head of Android Google note that he will continue his "existing work with Chrome and Apps". Pichai joined Google in 2004 to help develop the company's web apps and since moved on to Chrome and of course, Chrome OS.

There's no telling whether or not this could lead to strong integration between Android and Chrome OS but, it's a strange time for Google to be announcing something like this, on the same day that Google I/O registration opens up. Were they hoping to have this sneak under the radar? The announcement is still very light on details and it could be the start of some more shuffling inside of Google but, one thing's for sure, Android will be in safe hands with Pichai. Since Chrome OS was launched into the world, it's gotten ever more popular and some believed it to be a gimmick, Pichai proved that it was a legitimate platform that had a place in today's world of the Internet.

Sundar could well be the perfect man to raise Android to even higher heights in 2013 and beyond.

Trusted By Millions
Independent, Expert Android News You Can Trust, Since 2010
Publishing More Android Than Anyone Else
42
Today
116
This Week
627
This Month.
8071
This Year
109543
All Time