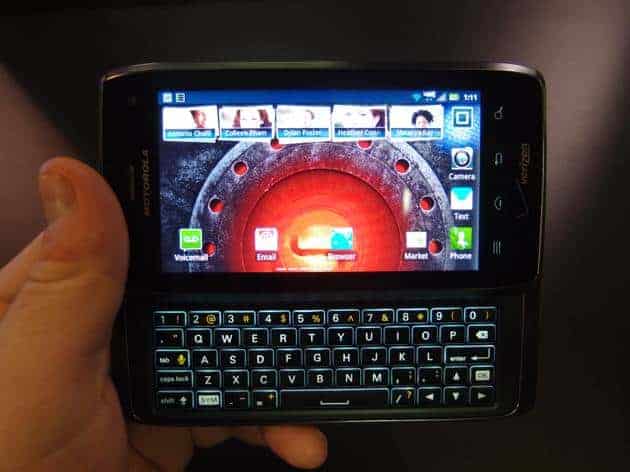 Verizon has been surprising us a lot lately, and for that matter, Motorola as well. Verizon and Motorola are both typically very slow with updates. Who remembers how long it took the Droid Bionic and Thunderbolt to get the ICS update? But lately, Verizon has been pushing out Jelly Bean update after update. It's a rather nice surprise.

With that said, today some new support docs showed up for the Droid 4. It is getting Android 4.1 – Jelly Bean. It should be coming any day now. Since normally when support docs get uploaded for an update, it usually starts rolling out that same week. So what are we going to see new in this update? 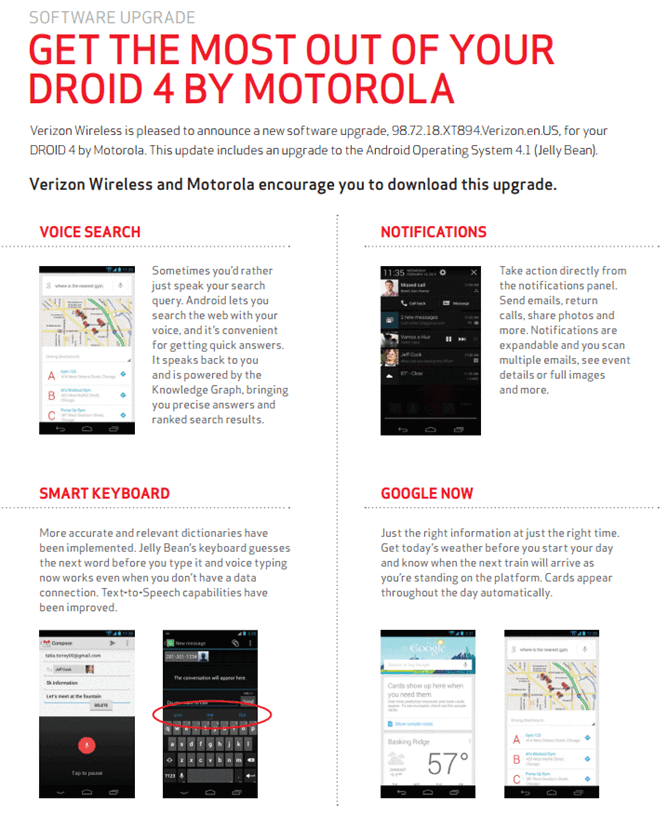 Those are just some of the changes, since we don't have the full changelog yet. It'll be interesting to see if the Droid 4 follows the OG Droid Razr's update and pushes Google apps instead of Motorola's custom ones. Now something you might have noticed in the image above, the screens do not look like they are from the Droid 4. For those of you that own the Droid 4 you know that it does not have on-screen buttons. So where'd those on-screen buttons come from? Who knows. Hopefully this was just someone being lazy, because I'd hate to get an update that brought on-screen buttons to a device that has physical ones.

So far there's no word on when this is rolling out, but it should be soon. We'll keep checking to see when it'll be on it's way. You can start checking for the update and manually pull it down by doing the following:

Let us know in the comments if and when you received the update and how you are liking or disliking it.