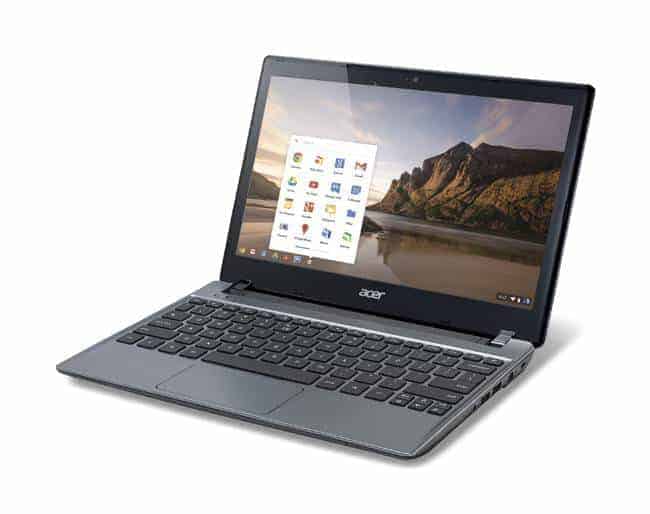 A couple of weeks ago there was a report out of DigiTimes that according to one of their sources the Chrome OS platform was having trouble gaining traction in the general public. This source backed up their assertion by saying that Chromebooks have only sold roughly 500,000 units to date, giving the Google platform less than one percent of the total notebook market.

The haters obviously jumped on these statistics and one of the numbers that was held up against the Chromebook report was the 1.5 million Microsoft Surface tablets that have been sold since they came on the market. Now granted I live in sort of an Android/Google bubble when it comes to tech, but that 500,000 total units sold estimate seemed off to me. Now according to a new report in Forbes, it appears that my suspicions were correct.

According to Acer Chromebooks are in fact selling quite well and the majority of the people buying them in education with a few ¼bergeeks on the side.  We always kind of knew that the latter group was buying these things (how many of you reading this have one? I'm writing this from a Chromebook), but it's the former group that Google had hoped to catch on with.

It appears that the Chromebook is extremely popular in both elementary and high schools and at many of the recent education trade shows "one of the top topics was Chromebooks." Not only are Google Docs and chrome apps at a point where all of the necessary work can be done in the cloud, a lot of schools are already using Google services but on Apple hardware. The introduction of Chromebooks into these infrastructures is not only seamless but much more cost efficient.

Of course the other group of people buying the Chromebook is us ¼bergeeks. For us a Chromebook is a cheap, lightweight alternative to the netbook that a lot of us use to supplement our tablets. The Chromebook is also a great secondary computer for a lot of people as well, although I rarely if ever even touch my windows desktop PC anymore.

Now for the numbers. According to Acer, the total number of Chromebooks shipped are are between 5 and 10 percent of their total US PC shipments. Given that they shipped 4.1 million total units, that means the number of Chromebooks just from Acer out in the wild is somewhere between 410,000 and 205,000. So if we take just that low end number as gospel that would mean the rest of the Chromebook manufacturers like HP, Samsung, and more recently Google's Pixel, have shipped just 45,000 combined, a very unlikely number.

I suppose the major takeaway from all of this is to not jump ship from the Chromebook. As many of us had already suspected the platform is doing just fine.