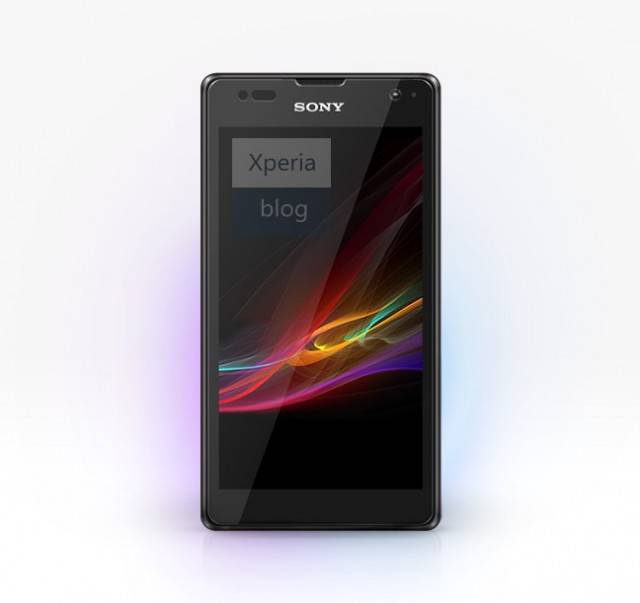 Sony has really been trying to make some inroads in the Android consumer market as of late. Having recently released the water resistant, full HD Xperia Z just a couple of weeks ago in select markets with a global launch today, they subsequently showed off the phone's tablet cousin the Tablet Z as well as another handset the Xperia ZL, this week at Mobile World Congress, both with rumored Q2 2013 releases.

However, not happy to rest on the laurels of three pretty high end devices the manufacturer is already turning it's eyes to another project, The C670X. Just for clarity sake the Xperia Z has a model number of C660X and the Xperia ZL is C650X.

The C670X will be expected to go head to head with HTC's recently announced One flagship smartphone and by looking at a render that a tipster sent to XperiaBlog, along with the rumored specs it's easy to see that it should fare pretty well with the "One." "Judging from the render, the ear speaker is similar in style to the Z/ZL. It looks like the top of the phone includes a front-facing camera , notification light, light sensor and proximity sensor." There also appear to be no hardware buttons on the device as far as you can tell from the pic.

The rest of the rumored specs are as follows:

Keep in mind that this is still a rumor and should be treated as such but the Xperia Blog guys are typically spot on with this kind of stuff. Additionally, the render for the C670X was provided by a tipster who has been correct before, most recently with a screenie of the Xperia Z running 4.2.2.

The rumored release of this device is sometime in the summer so unless you are a hard core Sony fan, I'm not sure there are many people who would hold off on buying an HTC One or a Samsung Galaxy S IV in order to wait on this device. What are your thoughts? Does this device make your mouth water or do you think it will get lost in the shuffle?