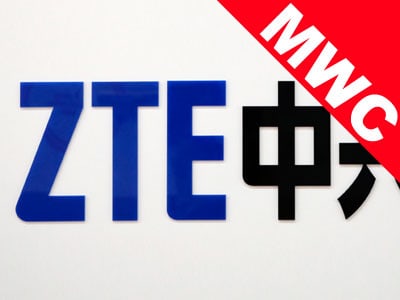 Lixin Cheng has watched over ZTE USA since 2010 and has stood by as the United States government has thrown wild accusations towards Chinese mobile phone manufacturers. The U.S. government claims that, what they are calling a lack of transparency that ZTE shows regarding their relationship with the Chinese government could perhaps mean that ZTE has something to hide. The CEO used Mobile World Congress to make a few statements regarding that issue. He says that ZTE follows all of the United States laws and that the publicity that has come from this investigation has done more good for the company bringing light to the ZTE brand name as well as a heightened interest in ZTE handsets in the United States. He also says that he has seen no ill effects on the company due to the investigations.

"When the report came out, it was such a high profile news and everyone was talking about ZTE. Some of our handset consumers may call the hotline and say, 'Hey, I have a phone from ZTE, do I have security concerns?' And of course, most people would find out, no, there are no security concerns." -Lixin Cheng- CEO of ZTE USA

Cheng's attitude toward the matter was actually quite unexpected as far as what could be told from listening to news from inside the United States. At one point the government used scare tactics to warn consumers against buying products from either ZTE or Huawei because of their "close ties" to the Chinese government. Put in to perspective, this would be like telling citizens not to buy or use unlocked United States carrier branded phones because U.S. cell companies have lobbies in Washington and the United States Government has backdoors into theses devices that they have shown can be accessed at will, sometimes without even a warrant.

"We have a process that is not aimed at one specific company but using all the assets and parts of U.S. government aimed at protecting our telecommunications and critical infrastructure," a senior White House Official via The New York Times

Cheng maintains that ZTE operates with as much transparency as any company on the New York Stock Exchange as ZTE is traded on the Hong Kong Stock Exchange which is guarded by even more stringent policies than in New York. As well, ZTE operates under a governance structure that they call "very transparent" as many of the 14 board members are independent of ZTE, and this is including a New York lawyer named Timothy Steinert. Steinert also practices law in Hong Kong.

"We always respect the US local laws, the US government and the US legislators' duties to protect the national interests of the US." "So the more we succeed, we can bring more jobs and better economy for the US, so it's a win-win situation," -Lixin Cheng

Lixin Cheng is very confident for ZTE and is making light of this predicament by using it to increase brand awareness for the company. ZTE has some pretty solid devices headed our way of late including one announced at Mobile World Congress this week that will be the first Tegra 4 powered handset.

What do you think of ZTE and the mess that the United States government has tried to make for Chinese companies that operate inside the U.S.? Will you let any of this affect the way that you buy phones? If ZTE, or any other manufacturer, was to come out with the most feature filled, mind-blowing device in the history of smartphones, could your government sway you away from a purchase? Let us know in the comments section below.