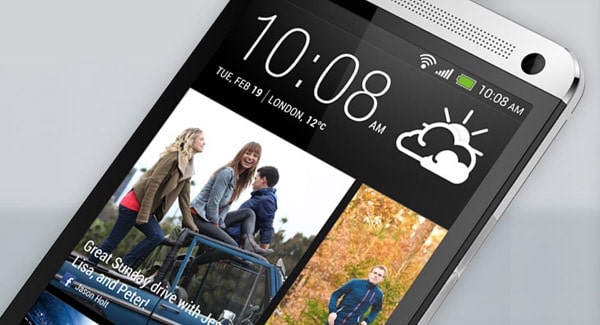 HTC recently announced its new HTC One flagship smartphone, a device that features the Taiwanese firm's equally new Sense 5.0 user interface. Part of the updated Sense UI experience is HTC BlinkFeed, a feature that offers live content right there on the phone's homescreen. Read on to get the full lowdown on this useful new addition…

BlinkFeed is a newly designed homescreen on the HTC One and is made available to users via the HTC Sense 5.0 UI. By having BlinkFeed on your homescreen you can get information on all the things you're interested without even opening any apps. The info provided comes via news sources such as The Guardian and The Independent, which BlinkFeed pulls through feeds from. HTC has said there will eventually be over 1,400 news sources from which to receive feeds, and there's the possibility that this list will grow even further. In addition, there are the usual social networking suspects to add feeds from, including Facebook, Twitter and LinkedIn.

The BlinkFeed interface is similar in appearance to Windows Phone 8's Live Tiles, with info presented in boxes down the length of the screen. You can choose to have just the highlights from your selected news sources or social networks pulled through onto your feeds if you so wish, meaning you'll only see the really important stuff. If you have a HTC One and you're not keen on BlinkFeed, you can choose to have a normal HTC Sense homescreen that can be customised with whatever app icons you choose.

BlinkFeed is a really cool alternative to the customisable homescreens seen on previous HTC Android devices, and not only does it look cool, but it actually offers information relevant to the user at a glance. To see BlinkFeed in action and to learn more about the HTC One, check out our hands-on video.