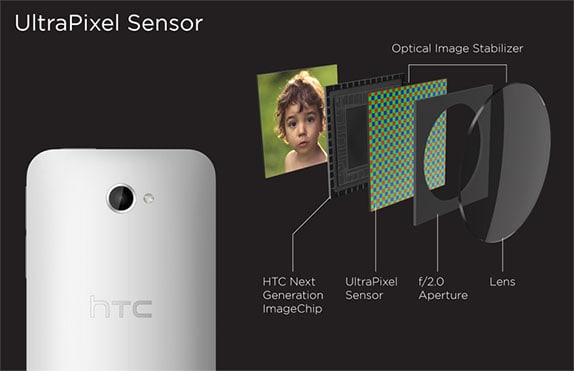 With all the specs coming out of the yesterday's HTC ONE launch event, there is one that begs to question; what will consumers think when they are faced with a 4MP camera next to all of the big numbers that we are seeing from the other big name manufacturers. The answer is not certain, but we are here to debunk the myth that has been pushed on the people since, well basically the beginning of cameraphones; that the higher number of megapixels the better.

Actually it is not nearly that simple, especially when you are not making huge digital prints of the image. Lets face it, in this day and age there are much better ways to view pictures than to make digital prints of your images. HTC has coined the term "UltraPixel' to stress the point that less pixels done in a way that the actual pixel size on the lens of the camera is larger can make all the difference in the world when it comes to the actual quality of your output image.

HTC claims that their larger pixeled 4MP lens will produce better, clearer pictures and that the performance of the camera in lowlight conditions will be like no other smartphone camera that has existed before it. According to HTC the 4 UltraPixel camera will capture up to 300% more light through the sensor than today's leading 13MP smartphone lenses. Here is HTC's description of the ultrapixel: 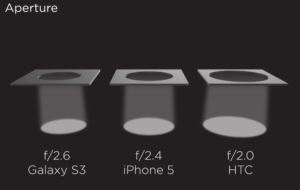 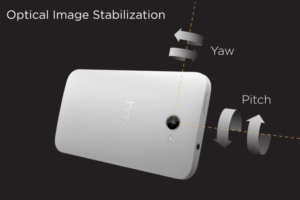 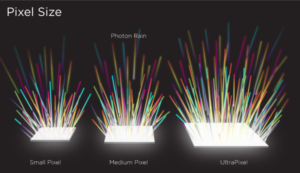 HTC also compares the shooter on their new creation to ones on the likes of the Samsung Galaxy SIII, Apple's iPhone 5, and Sony's Xperia T. Why shouldn't they boast? It looks to me like the HTC ONE takes the cake here with features such as their optical image stabilizer, a larger f/2.0 aperture, on-demand noise reduction, and lens compensation and color shading. Take a look for yourself HTC clearly outshines the rest in this one.

HTC has wowed us all before and I am quite sure that they will do it all again, they do need to work on their timing in the future though. While we can't be positively sure about how the camera on the HTC ONE will perform in the real world at this point, we can't wait to get it in our hands and test it out for proof. Unfortunately for HTC, the public will be able to get it in their hands (tentatively) just a day or two after the Galaxy SIV event. HTC is counting on all of these new features of the ONE and Sense 5 to steer consumers to their island in the retail store; what will it take for you to choose the ONE over the Galaxy SIV?