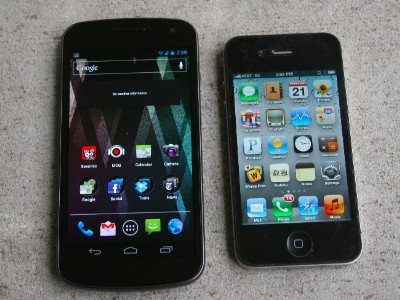 One of the big differences you'll notice between iOS and Android is the huge selection of Android devices out there. Sure most manufacturers don't have their device on every carrier like Apple does. But there are hundreds of devices to choose from. So in this article, we are going to go over some of the key features you'll want to look for in a new Android phone. There are plenty of good ones out there, hopefully this list will help you narrow it down to one or two.

Now the hardware, of course is important too. But it's not all about the hardware. Some of the newer devices with these 1.7GHz quad-core processors are just to much power for the phone. Most if not all tasks you do on your phone won't require the device to go higher than 1-1.2GHz. As far as displays go, 1080p seems to be the new thing. So you'll most likely be looking at a 1080p display all day, which blows away the iPhone.

This is just the beginning step in switching from iPhone to Android, getting an Android phone. Make sure you stay tuned to Android Headlines, we'll be going over some more key points which will make your switch easier then you could have ever though possible.