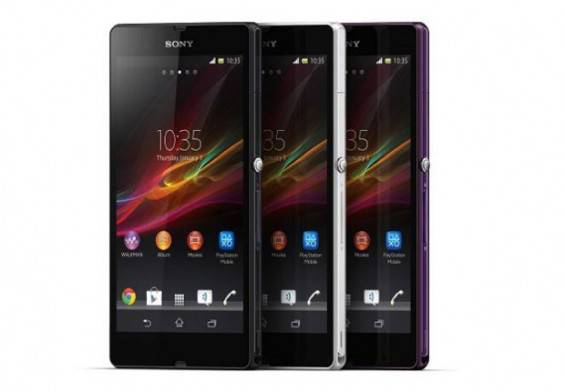 Out of all the 1080p phones that are going to hit the market this year, Sony's Xperia Z is going to be one of the first to hit. Of course, the Droid DNA has been with us for some time now, with its quad-core CPU and 1080p display but, that's exclusive to Verizon in the US. Sony's Xperia Z is heading to the UK, as have all their other smartphone offerings in the past and it's now gone up for pre-order. So, fellow British friends of mine, get ready to breath in sharply and prepare to tell your wife you're once again spending silly money on a gadget.

You can now pre-order the gorgeous Xperia Z at Phones4U as well as Vodafone. Vodafone will be selling both the black and white varieties of the Xperia Z and plans start at £39 a month, with £179 for the phone on a 1-year contract and, for a 2 year contract you're looking at plans starting from £29 a month with £149 for the phone. Depending on whether or not 1,000 people have pre-ordered the phone, you might still be able to get a free pair of Sony's MDR-1R headphones valued at £299. I'd like to think that more than a 1,000 people have pre-ordered the phone but, you might be one of the last to do that. If you want to pre-order through Phones4U then, your network operator choice is limited to Vodafone right now, which looks like Vodafone will be getting the phone for a few weeks before anyone else does. 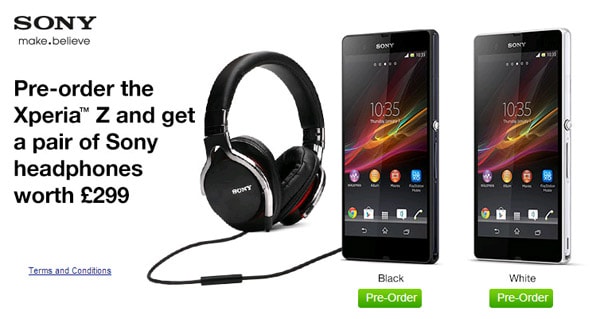 If you'd like go for a "try before you buy" then you'll able to head down to Phones4U starting from today to get a hold on one and try it out for yourself. Demo units of the device will be available to take for a spin. There's a lot riding on this smartphone for Sony, as they need to get back to the top of the smartphone game otherwise they might find it difficult to stay relevant in the current climate.

Are you looking at the new Sony Xperia Z, or are you holding out for something better, something from Samsung perhaps?