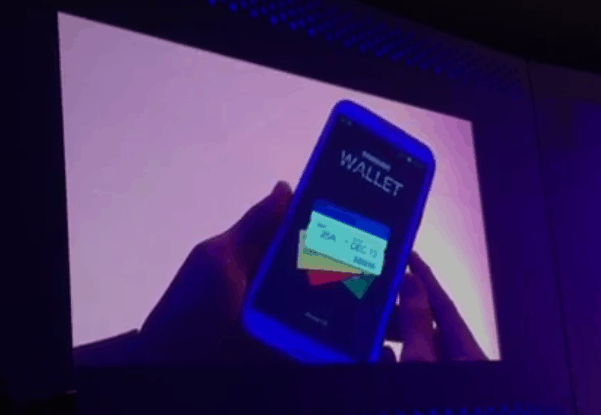 It would appear that Samsung are up to their old tricks, and will be launching a new "Wallet" application for their smartphones that looks and acts suspiciously like Apple's Passbook that debuted with iOS 6. So many times has Samsung's name been heard in Android news for taking a page or two out of Apple's playbook. To be clear, this is not me defending Apple or anything of the sort but, after reading this a lot of you are going to agree that Samsung have been heavily "influenced" by Apple's Passbook.

"Samsung Wallet is a convenient mobile app which allows users to store and manage event tickets, boarding passes, membership cards and coupons all in one place."

Sounds pretty cool, right? Here is an excerpt of Apple's description of Passbook from their website detailing new features in iOS 6:

"Passbook keeps your boarding passes, loyalty cards, retail coupons, cinema tickets and more all in one place â€” on your iPhone or iPod touch. No worrying about misplaced printouts. Or rifling through your wallet at the checkout. Just open Passbook and tap the pass you need."

If those two descriptions aren't depicting the same type of application then I'm an idiot which I'm not and so it's more than obvious to me – and hopefully to a lot of you reading this – that Samsung is looking to capitalize on another popular feature that Cupertino has been using for a while. Let's get something else straight, this is not the same as Samsung producing a phone with a rectangular shape or something shrouded in minutiae, this is Samsung taking direct design cues from Apple to launch a "new" feature of their own.

Samsung have already announced the following partners for their new Wallet: Walgreens, Belly, Major League Baseball Advanced Media, Expedia, Booking.com, Hotels.com, and Lufthansa. However, there isn't going to be any integration with NFC for wireless payments, which seems like a massive missed opportunity to us, especially when you consider their new partnership with Visa. Samsung's Wallet will also feature time and location-based notifications…just like Passbook. Samsung is set to announce the Galaxy S IV on March 14th and you can bet your bottom dollar that this will be featured in whatever moving picture they decide to show off at their press event in New York.

Overall, I'm disappointed in Samsung over this. Are they seriously portraying the image that they have nobody in-house that could have thought of a better way to do this? Or at least, a truly different way of doing this? It doesn't matter how long Samsung have had this feature in the works for, it's a blatant copy of something that has been a feature of the iPhone for a while now. There's absolutely no need for Samsung to be doing this sort of thing anymore, they've established themselves as a major force in the mobile industry and this is, honestly, a little sad. Did they not learn anything from last year's courtroom appearances?

You can take a look at the YouTube video below, courtesy of Frandroidtube and if you're looking to develop for the new app, take a look at Samsung's developer website.