Okay, we’ve seen this version of Android rumored for quite some time now. We’ve seen leaks of it running on other devices. And now it looks like it’s finally rolling out. We’ve seen a few reports of Android 4.2.2 rolling out to the GSM Galaxy Nexus and the Nexus 7. So far, we don’t know much about this update yet. But you might remember that Google did promise a fix for the Bluetooth A2DP audio streaming issue in the “next release” after 4.2.1, which would be Android 4.2.2. 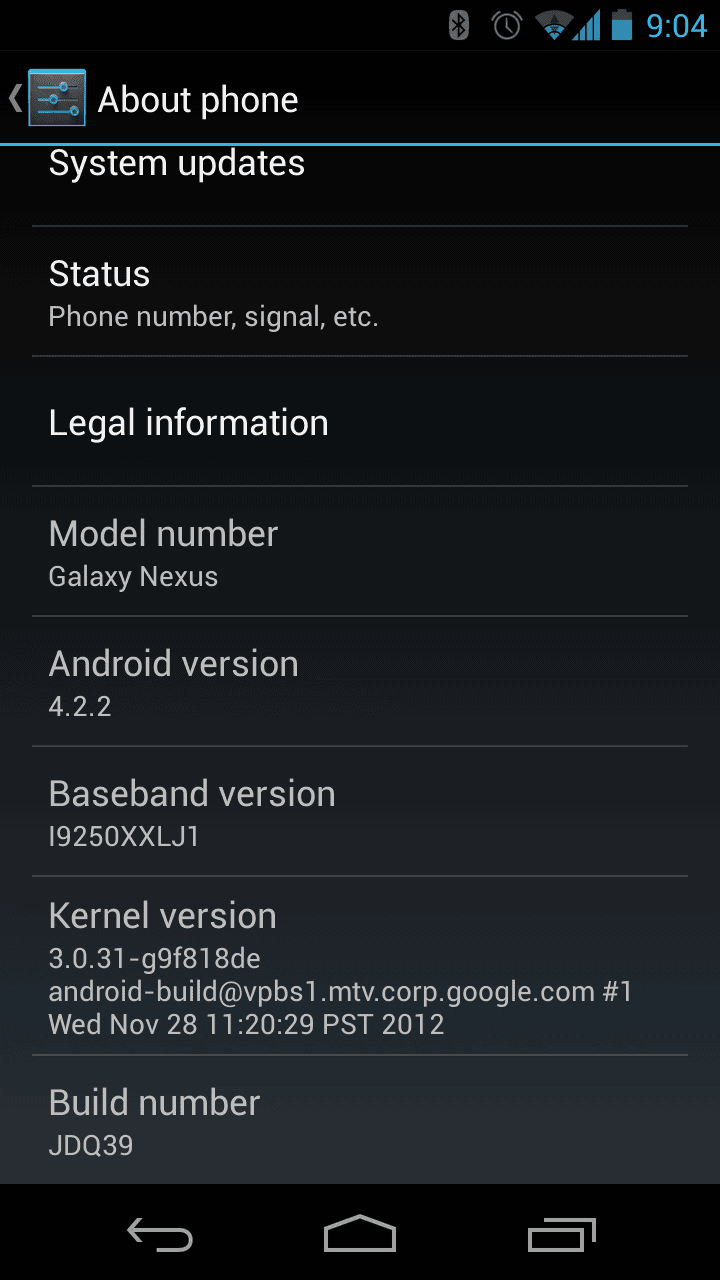 Currently, only the users in the Reddit thread (linked below) have received the update, so we don’t quite know what region they are in or how long it’ll be for the Nexus 4 and Nexus 10 to join in on the fun. The original poster, WeeManFoo, has stated that he has tested Bluetooth streaming in his car and he had much less hiccups than on Android 4.2.1, which has got to be a good sign. There also seems to be a bit of changes in quick settings and in the regular settings area on Android 4.2.2.

Now if Android 4.2.2 is truly here and rolling out now, we should see the code pushed to AOSP in the next 24 hours. As always we’ll be on the look out for JBQ’s posts about this. We just hope that the pesky Wi-Fi bug has been fixed in this release. As it’s plaguing a good number of users, but not everyone. We’re also hoping that this update will improve battery life on the Nexus 4. As it’s not the best and could use some improving.

If you’ve gotten the update to Android 4.2.2, leave a comment below with your device and region so we can figure out where the roll outs are happening right now. Also feel free to let us know if you’ve noticed anything else different in this new update.