As with a lot of events, it looks like HTC's information is leaking out a little early and it looks like they've lost control over their HTC One, which is set to become their latest – and hopefully greatest – flagship. We've seen images of the HTC One leak out before, back when it was known as the M7 – hell it still could be the M7 for all we know – and now some nice and crisp images, that look like press images have leaked out. It's hardly surprising, this sort of thing happens all the time and Android news of late has been filled with one of the worse kept secrets from HTC in recent memory.

The event is later on today, starting at 10 AM EST and we should know all about the HTC One by then but, for now we have some leaked specs to go on which are shaping up as follows: 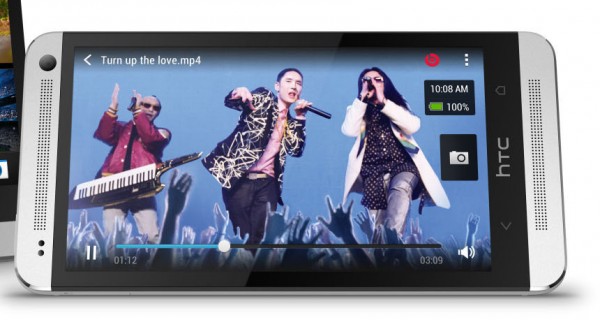 A lot of details have leaked out about the HTC One and while it seems like we know all of the all important specs, it's going to be nice to see how HTC put it all together. With these new press images, we can see that the leaked designs we've been seeing for a while now seem to ring true. To me, these certainly look like the real deal and it looks like the double-grill arrangement is intact. Could this be some sort of dual-speaker design? Are HTC going to be pushing audio quality later today?

What of the camera? It's been rumored that HTC are going to be making a lot of noise surrounding their new camera technology which creates "ultrapixels", presumably for "ultra-definition" photos. Regardless, HTC will want to show off something pretty spectacular, and we'll be covering all news so, keep it locked on Android Headlines!

Trusted By Millions
Independent, Expert Android News You Can Trust, Since 2010
Publishing More Android Than Anyone Else
1
Today
96
This Week
254
This Month.
254
This Year
110444
All Time