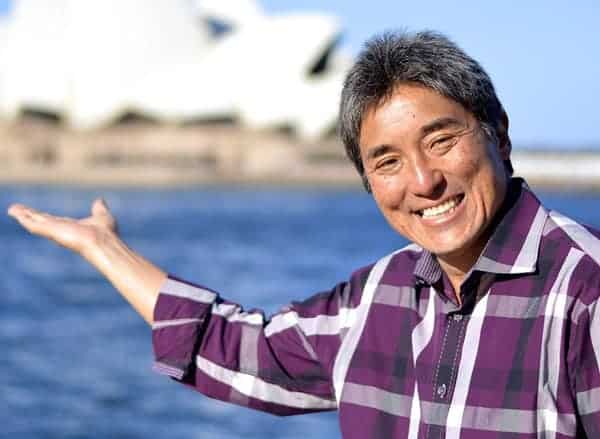 Once upon a time Guy Kawasaki worked for Apple. During his time with Apple, he stood out for his contributions to the personal computing industry, placing him on a level with some of the greats. Today, there are only nine folks from Apple that are known for such endeavors, including Al Alcorn (he made Pong), and Steve Wozniak. Please, hold your jokes about the Woz until the end of this report, thank you.

Surprisingly, Guy did not work at Apple for long, yet he still had a respectable impact on the industry.

We're here to answer a question, more specifically one that we typically apply to Hollywood celebs that have fallen from grace. Where is he now?

Guy Kawasaki now works as an advisor to Motorola. That's quite a journey there Guy, Apple to Motorola (if you say that all with a New England accent it's funnier, I swear).

At Motorola, Guy deals with product design, user interface design, brand marketing and of course social media. In fact, one of the first things he did with social media is set up the Mobile Devices Google+ Community.

Hardcore Apple fans are going to drop to their knees and cry, "why?" Honestly though, I'm sure a lot of Android enthusiasts are going to ask the same thing.

Guy believes that Motorola can be compared to Apple back in 1998, the time when Steve Jobs had just returned. Many will remember it was a time of enormous innovation, others may remember a time of oppression and draconian prices, but I digress. He genuinely believes that Motorola has an opportunity to push its way to the top of the Android market, and he even cited the iMac G3, saying that Motorola could end up with an equivalent product in terms of success. Personally, I think it's appalling that he compared an Apple product to a future Android device, but that's just me.

Jumping back to that Google+ community Guy created, it's not just dedicated to Motorola or Android devices. The idea is to provide a community where any device owner, regardless of their phone's make, model and principal operating system can join in the discussion.

Still, Guy isn't afraid to show off his commitment to Android. After all, he's obviously keen on proving just how well the platform is doing.

Guy is also a published author with work appearing in several magazines, including Forbes, along with many of his own titles. One particular book, written way back in 1990, is available for free. That book is called The Macintosh Way. While the name is questionable, the content inside is what truly matters. It presents ideas and ingenuity used by Apple to create innovative products, back in the day.

Guy is pretty much behind the reigns of Motorola now. He certainly has come a long way, but it's not over yet. Let's see what else you got Guy! I'm sure he was hired to help turn the company around.