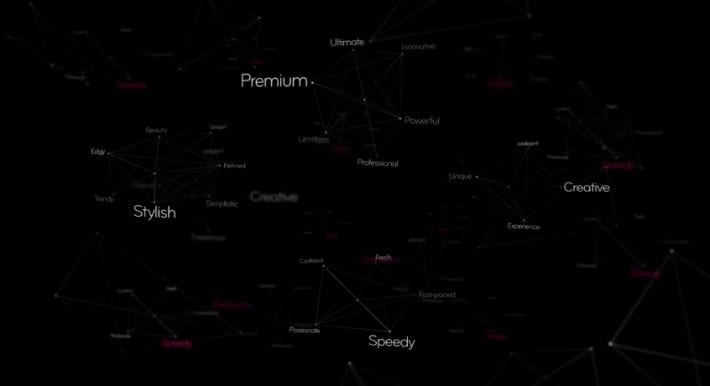 LG posted a teaser a couple of days ago for this year's MWC (Mobile World Congress). As with all the teasers lately, it was a vague description of what to expect from LG on the 25th of February.

The teaser emphasized on the words "Premium", "Stylish", "Speedy", "Creative" among other words connected in a graph. Well, if you are like me, you might be raising an eyebrow at the word "Speedy". We're constantly being told phones and tablets are getting faster. Anyway, these keywords may give us an idea as to what LG has up their sleeve for this month's conference. We could almost assume that they are preparing 4 devices, each described by those words, since 4 words are featured heavily.

Here is the teaser posted on LG's channel on YouTube:

Among the phones expected to appear at their stand is the updated Optimus G Pro, a phone that they've already teased us about. Since the original Optimus G already has a quad-core and a 4.7 inch IPS display, I'm curious to see what exactly they'll bring to the new iteration of this phone. One possibility would be adding a 1080p resolution to the 5.5 inch display which is rumored along with the high-capacity 3140mAh battery

Back in 2012, LG amazed everybody with the Optimus 4X HD, one of the first quad-core phones on the market, the Optimus 3D which had a 3D camera (2012 was a big year for 3D, LG with their 3D phone and HTC with the awful EVO 3D).

This year however, the phones expected to be announced by LG at MWC are the Optimus G Pro as well as the next generation of the L-series and also the F-series phablets.

At this year's MWC, Nokia and LG will be the main focus since Sony presented the Xperia Z and Samsung will have its separate event for the Galaxy S IV, which is said to take place in the U.S.