The bezel-less smartphone has been included in so many concept designs of futuristic-looking smartphones that we have lost count. The complete lack of a bezel not only means that you can have a much smaller device with a larger screen than current smart phones, but the lack of a border surrounding the screen gives these designs a science-fiction feel that will excite any fan of mobile technology. Although last year we heard rumors that Motorola may have been preparing to launch such a device in time for the 2012 shopping season, we have yet to see a phone available to consumers that has a total lack of bezel either horizontally or vertically. But it looks like we might be getting one step close to this dream in 2013.

As today's rumors continues to swirl we have a new report about the BBK Vivio X3. The above picture appears to be a prototype, or possibly a pre-production model of a phone that lacks any vertical bezel whatsoever. Could it be that a relatively unknown Chinese OEM will beat the likes of Samsung and Apple to the bezel-less device finish line? Yes, it is possible. Although this is only a rumor for the moment, it does appear that the Vivio X3 is what we are seeing above. Of course, you will notice that the horizontal bezels are exceedingly pronounced, but if this device were to be available this year, it would certainly be a huge step in the right direction for the industry as a whole. 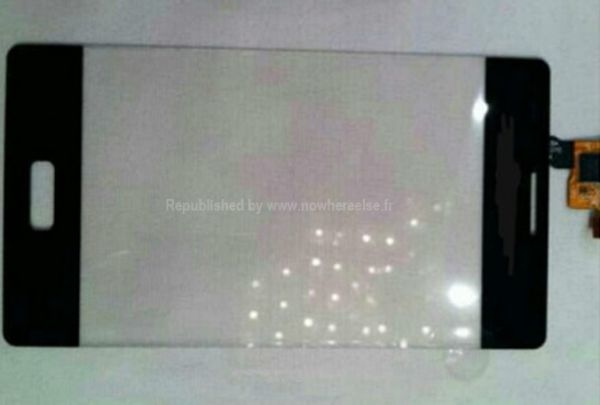 And the idea that BBK may have this technology isn't entirely impossible. As you can see above, the Vivio X1 has an exceedingly thin vertical bezel. This is also the company that brought us a 6.55 mm thick phone last year, so clearly the BBK R&D folks have some skill in the field of making things compact. We also have some rumored specs to go along with the disappearing bezel act:

If these specs turned out to be correct, this would be an impressive device even without losing the vertical screen border. But that tiny battery could be very problematic, especially in an LTE version of the device. Although at this point this new technology is only a rumor, stay with us here at Android Headlines and we will have the latest developments for you as soon as they are available. Would a lack of a bezel be something that impresses you and figures into your purchasing decision? Let us know in the comments section below.

Trusted By Millions
Independent, Expert Android News You Can Trust, Since 2010
Publishing More Android Than Anyone Else
0
Today
95
This Week
253
This Month.
253
This Year
110443
All Time