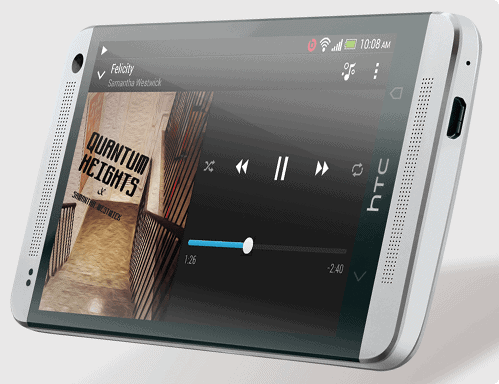 Today, HTC announced their new flagship device the HTC One. But I'm sure you know that since you've been reading the site all morning long, right? HTC confirmed that the HTC One will be launching on 185 carriers worldwide starting in March. Of those 185 carriers, 3 of them are in the US. Including Sprint, T-Mobile and AT&T. We've also just been told that regional carrier Cincinatti Bell is getting the HTC One as well. Sprint did indeed have a sign-up page available briefly but it's been taken down now. As for Verizon users, it won't be coming to Big Red, but you already have the Droid DNA.

Now onto our Northern neighbors, Canada. The big three carriers in Canada will be getting a piece of the HTC One action, it'll be available on Rogers, Bell and TELUS already confirmed. Virgin Mobile will also have the HTC One in their arsenal. HTC did say today that the HTC One will be shipping beginning in March, but they did not say when they'll be shipping or available in North America. Knowing how our carriers like to take their time, I'd expect AT&T to put theirs out in late April, with Sprint and T-Mobile in late March to early April, as those two are usually first to release devices. They were the first to release the Galaxy Note 2 last year.

We also don't have any information on pricing for these devices, but I still suspect that the 32GB version will be $199 on a 2-year contract and the 64GB for $299 on a 2-year contract. With similar pricing in Canada, even though they have 3-year contracts. You can check out the complete specs, the camera and the new version of Sense on the HTC One, which we covered earlier today.

Is anyone excited about the new HTC One from HTC? Is it everything you hoped for? Who's surprised that Verizon isn't going to be carrying the HTC One? Let us know in the comments below.