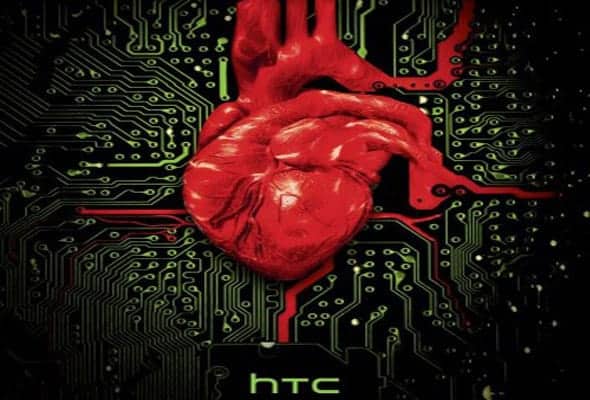 No doubt, HTC is going to reveal something remarkable during its press conferences on February 19th. In case you missed that story, Peter Chou, HTC's CEO, revealed that the company is hosting a launch event on February 19th. Aside from revealing the date of the event, he didn't talk about much else. We do know from past rumors and announcements that this is probably going to be the launch event for the HTC M7.

Rumors about the device itself are scantily clad, which means if the M7 is launched on the 19th we'll get the first official details about the phone. That being said, the HTC M7 is a rather mysterious phone. What does it look like? What is it packing for hardware?

Peter Chou did recently show off a white version of the M7 during the company party in Taipei. If you listen closely while watching the featured video, you can hear the crowd eerily chanting "HTC," and "M7". If anything the event certainly confirmed one thing, Chou knows how to throw a press conference.

HTC just released a promotional teaser, which is just as curious as the M7 handset. German press received the image earlier this morning. 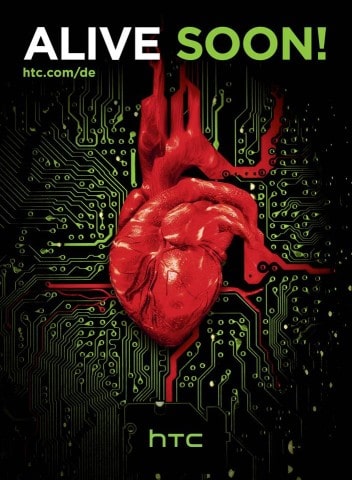 It portrays a bright red, human heart which appears to be attached to a device circuit board, conveniently labeled with HTC's logo. The heart is deeply integrated with the circuit board, and as HTC would have you believe, is powering it.

Just two eye popping words stand out at the top of the teaser.

The teaser is certainly enough to get people talking, and a basic web search will net you links to a multitude of tech sites featuring the same story. The image is clearly a little odd.

A human heart pumping energy (or blood) into a circuit board? Well played HTC, well played.

At the very least, it's a pretty cool idea. It will probably end up as a custom wallpaper on multiple HTC devices in the near future.

The message [Alive Soon] is probably a play on the title of the related handset. Could this be the device set to launch on February 19th, or is it a new device altogether? Perhaps the M7 is actually going to be called the HTC Alive,or some variation of that?

For now, all we have is the rather cryptic image, and a collection of rumors that we can piece together. Luckily, February 19th isn't too far away, and as the teaser implies, we'll know soon enough what HTC is up to.

What do you think is coming? Make some predictions in the comments below!