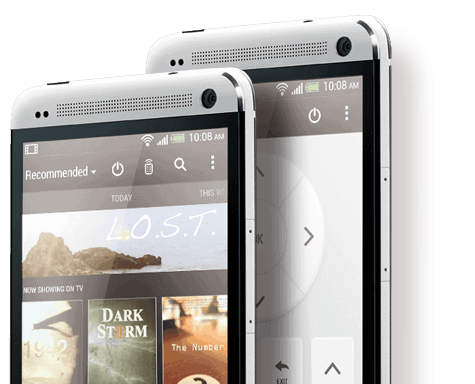 The great secret that was the HTC One has now been officially announced and all of its secrets laid bare for the world to see. All-in-all it's been a strange day for HTC, some are calling the HTC One a return to form and others are sticking with what they've been saying since the first leaks, that it's just more of the same old, same old from the fledgling company. Regardless of what you think about the new HTC flagship it's always pretty exciting for us Android lovers to see a new device get splashed around the Android news.

With a new smartphone launch, comes new smartphone accessories and this is where today's event actually bore some fruit that we didn't already know about. The Taiwanese company have a handful of accessories to show off for their new pride and joy and well, they're a little strange. 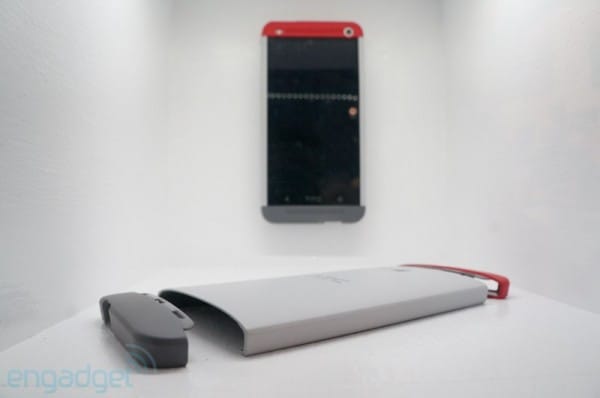 First up, is the "double-dip" case which is a sort of armor for the device and comes with a two-tone color scheme that looks like different parts of the phone have been dipped in different colors of paint. If I'm 100% honest I think it looks awful, having said that it should offer some pretty decent protection in the face of last year's awfully scant cases from HTC for their One X. 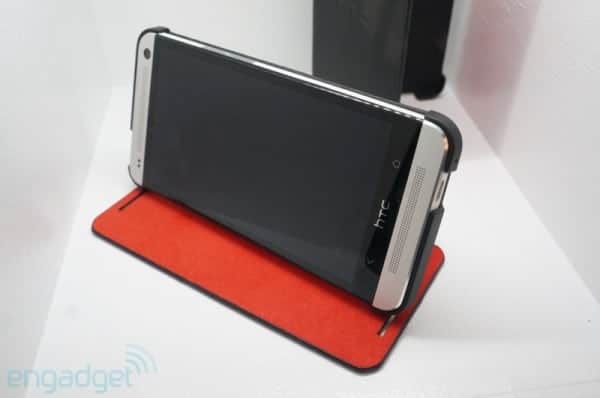 There's also the more elegant leather affair that wraps around the One and gives it a covered front while also acting as a stand for the machine as well. It's a good looking case but, it looks s little chunky and knowing HTC it's probably going to cost far more than it's actually worth. It's nice to see a couple of options right out of the gate, though. 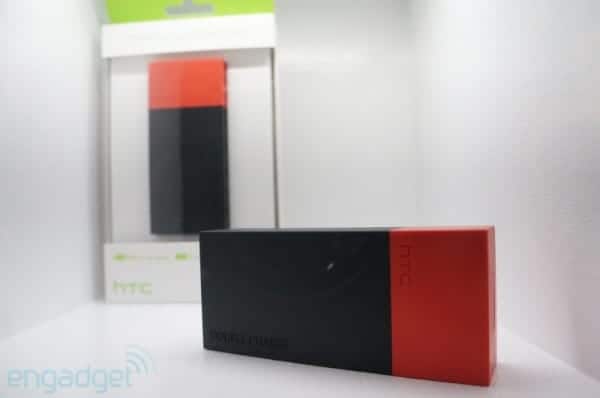 The most interesting out of the bunch however, is perhaps the "battery bar" which is a 6000 mAh portable battery that's compact and has some looks to it. If I had to recharge every now and then, I wouldn't mind doing it with this. 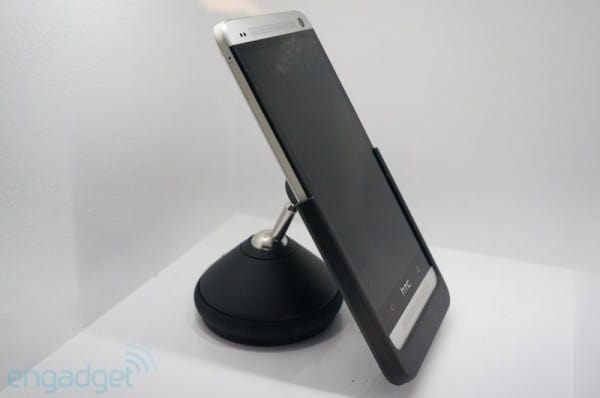 On top of it all, is the obligatory card dock, this is a lot like their offerings from last year and it should serve its purpose pretty well. It's going to be pricey however, and HTC have no pricing in mind for any of this just yet so we're all going to have to wait and see.