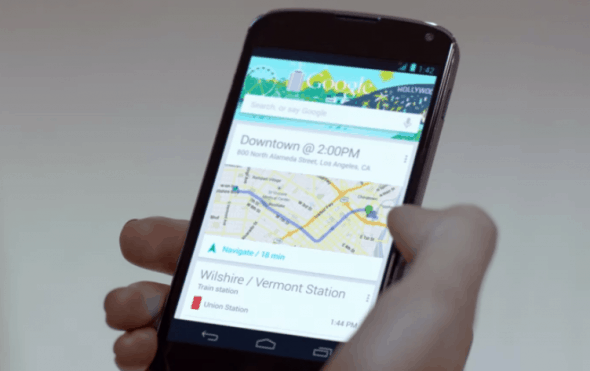 When covering Android news, it's always nice to see Google promoting their products, especially when they've had such a rough time of getting their flagship, the Nexus 4, out to people. Apple have long aired brilliant commercials that draw us in and show us the best of Apple's mobile devices and as much as a lot of us dislike their products, it's hard to deny that their commercials are pretty good. For a long time now, Google haven't been known for either design or decent commercials, both of these things are changing very quickly, indeed. When Larry Page told the whole of Google that all of their products were to be redesigned, I'm sure none of the staff though things would turn out as good as they did. In terms of Android, Matias Duarte has been making some changes and since Honeycomb there's been a more cohesive experience on Android.

Since the Galaxy Nexus, Google has gotten good at delivering quality commercials that not only make us smile but get the message, and the key features across to viewers. With their latest commercial for the Nexus 4, Google are pushing Google Now and all the little things in life that it can help you with. When watching the video, you'll notice that each example of "Now" is at 42 minutes past the hour, as the advert moves across the globe. From a woman making sure she catches her train in the nick of time, to mom warning the kids about the snow, it's clear that Google consider Google Now to be one killer feature of the Nexus 4.

If this brings back memories of that Siri commercial for the iPhone 4s, you'd be right on the money as both of them try their very best to push the main features. Having said that, the people featured in this latest ad from Google certainly don't look as crazy as people talking to their phone as if it were a sentient being. Not only that but, it ends with a heart warming hangout between a father and his kids from over half a world away.

Take a look at the trailer below, and then go out and live in the "Now":