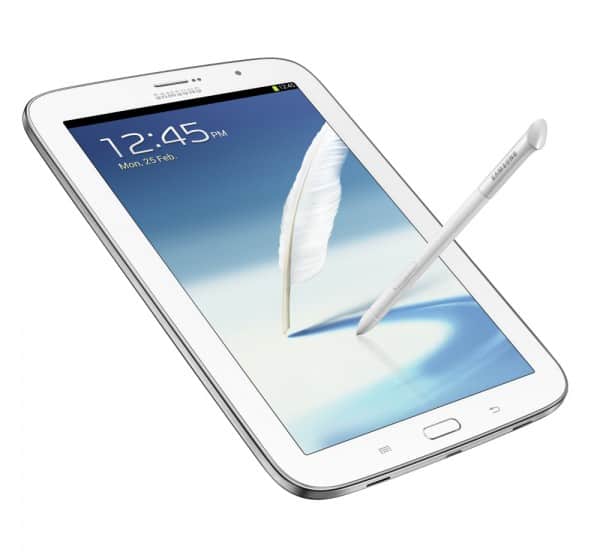 Good news for people considering the Samsung Galaxy Note 8.0. The latest tablet from Samsung's line-up has displayed two covers at the MWC: a multifunctional pouch and a book cover.

The first one looks like a simple pouch cover at first, up until you take a closer look. The pouch can be folded into a kick-stand for the tablet with various viewing angles, depending on how you want it (for example you can put it at a high angle so you can watch a Youtube clip, or lay it at a lower angle so you can type comfortably) . The pouch is made out of a nice textured material that will come in various colors. As far as I can see there are at least 3 colors: black, gray and lime (or at least that's what I think the color is named – I kinda stink at naming colors). 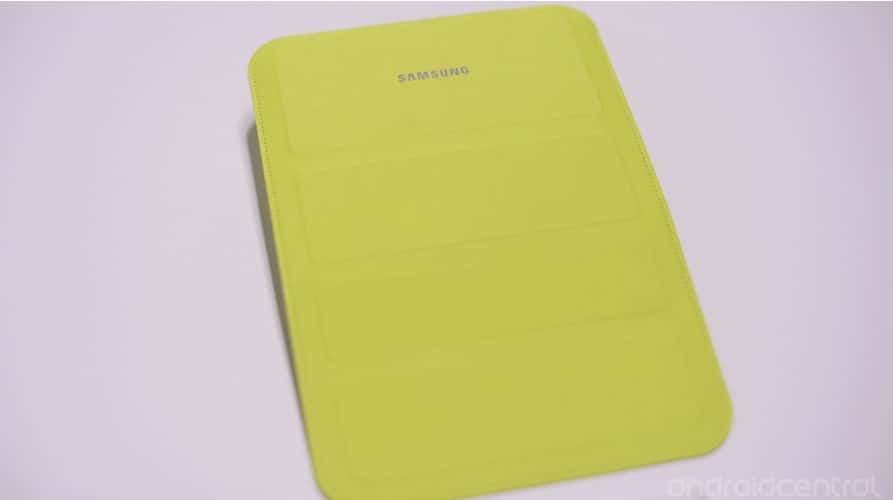 The second cover reminds me of the Kindle Keyboard cover, if you are familiar with it. If not, you can simply imagine a hardcover book, it's mostly the same thing. The Book Cover doesn't fully cover the tablet though. It has a hole for the camera and also for the front speaker/earpiece. The design of the cover is pretty slim, so that it won't add too much to the width of the device. You can also make it into a low-angle stand, which will come in handy when you are sitting at the desk. This cover also comes in various colors. The ones that were displayed at MWC are: white, red and lime (again, if that's the name of it). 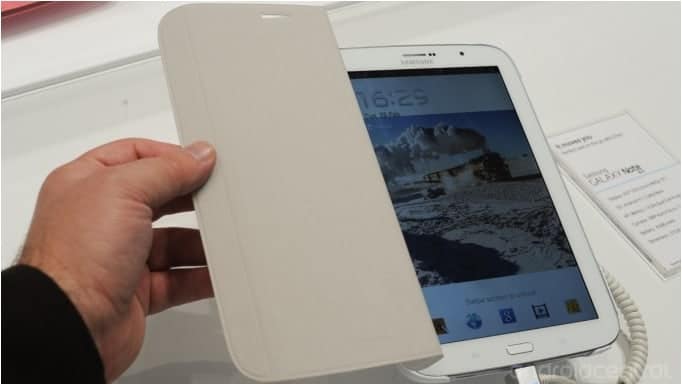 There were no mentions of the price of either of them, but then again I'm sure they won't surpass the usual cost for a cover.

Samsung surprised us all releasing the Samsung Galaxy Note 8.0 at MWC. Nobody was expecting Samsung to present anything special at the conference, they having their special conference in New York on the 14th of March, and all.

The Samsung Galaxy Note 8.0 will be coming with a quad-core 1.6 GHz processor and a 1280×800 display with a 189ppi density and now with two covers to choose from.