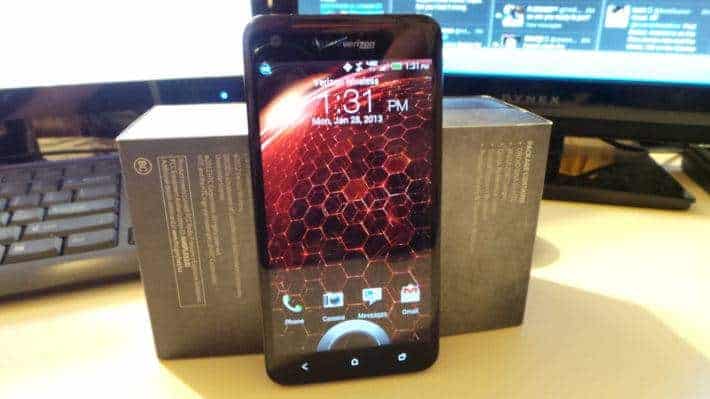 What was the first 5-inch, 1080p device in the US? That was the HTC Droid DNA, and since it was announced by HTC and Verizon back in November of 2012, we've seen nothing but 5-inch, 1080p devices in leaks, rumors and announcements. Today, we'll be taking a look at the HTC Droid DNA which is available on Verizon Wireless for $199 with contract. it also features the quad-core Snapdragon S4 pro processor clocked at 1.5GHz, with a 8MP rear-facing camera, and a 2MP camera on the front. All powered by what may seem like a small 2020mAh battery. 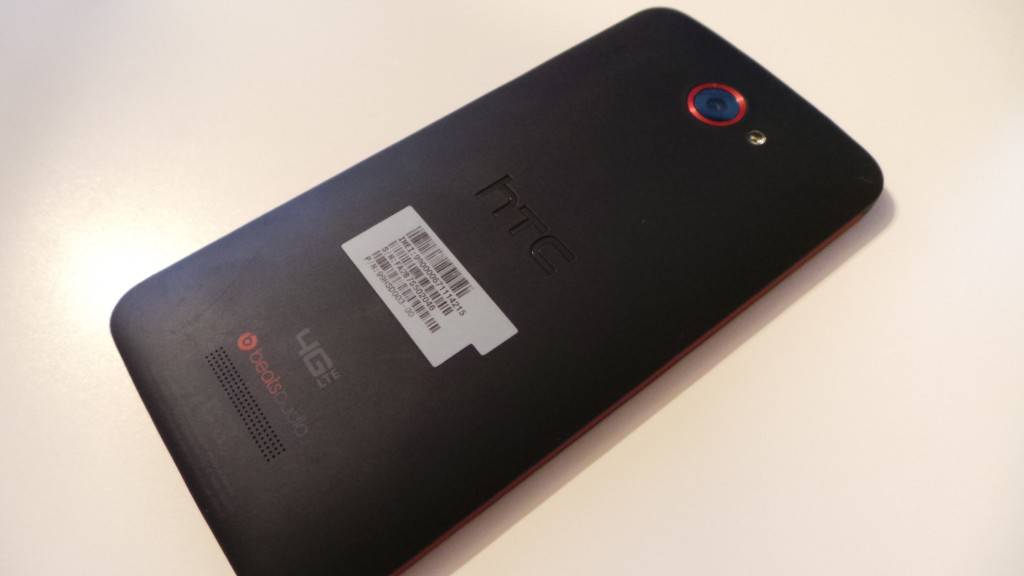 The overall design of the device does not disappoint, as we've come to expect from HTC. We expect nothing but high quality hardware from the Taiwanese manufacturer. As common with Droid devices on Verizon, it's black with red accents, which looks beautiful. On the left and right sides of the device you have the speakers, and on the right side you've got the volume rocker. On the top there's the power button and the SIM card slot, for 4G LTE connectivity. on the bottom, you've got the charging port (micro USB) which is covered up by a flap, and is extremely annoying when trying to charge the device. On the back of the device, you've got the 8MP shooter along with the usual logos, including the HTC, Beats Audio, and 4G LTE. Along with a small speaker grill below the Beats Audio logo. If you turn to the front of the device, you've got the beautiful 5-inch 1080p display with over 440 pixels per inch. With the 2MP camera above the screen on the left-side of the speaker grill. 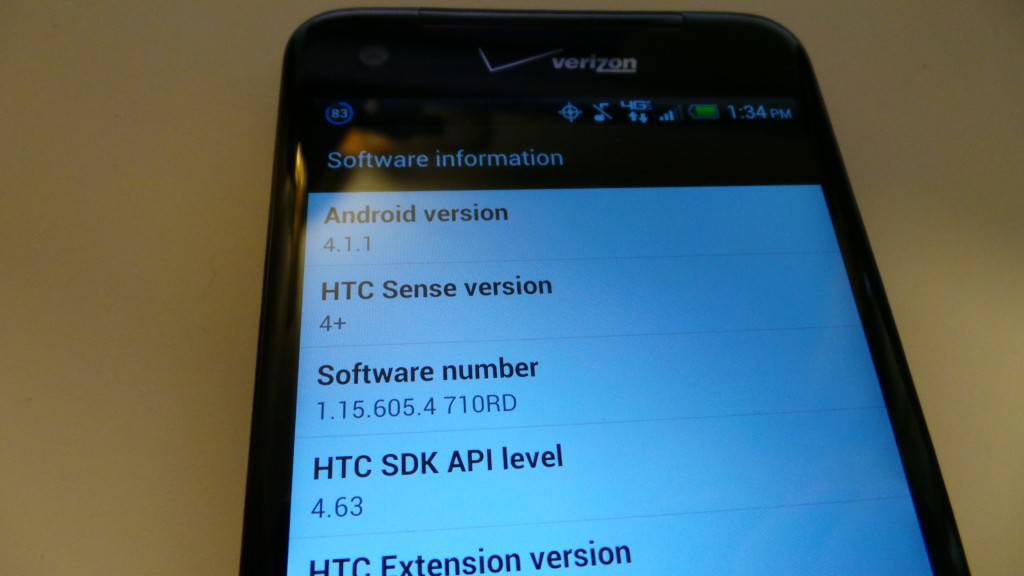 The HTC Droid DNA is running Android 4.1.1 with HTC Sense 4+. So you've got Google Now coming straight out-of-the-box for this device. We all know how great Android 4.1.1 – Jelly Bean is, but HTC Sense 4+ is a brand new version of Sense. It's currently only officially available on the HTC One X+ and the Droid DNA. It has quite a few new tweaks and features over Sense 4.1. But the part that I hate the most, is that they have changed up how the battery stats show. Overall the device is crazy fast. Probably faster than the Galaxy Note 2 on Jelly Bean. I guess, Sense needs 2GB of RAM to run smoothly and fast.

On top, Sense 4+ looks exactly like Sense 4 but it is much fast now. And like I said in the Operating System section of this review, it might be a big thanks to the 2GB of RAM and the quad-core Snapdragon S4 Pro processor. If you've never been a Sense fan before, you probably won't be one after using Sense 4+ on the Droid DNA. It takes away quite a few features in stock Android that we use everyday. The main one being battery stats. Now there is something else you'll hate on this phone, and that's due to Verizon. There is now a persistent Wi-Fi notification, whether you're connected to Wi-Fi or not, it will remain there. That's probably what I hate most about the Droid DNA.

Some of the cool features on the Droid DNA include wireless charging, which is still a bit of a mystery. I actually have a bit of a theory as to why there's wireless charging and a flap over the USB connector. So that Verizon can sell you more accessories and get even more money from you. Sounds just like them right? You've also got Beats Audio along with an amp for the headphone jack, and I must tell you that sounds are much better on the Droid DNA than on the Note 2 or Galaxy S3 with the exact same headphones. 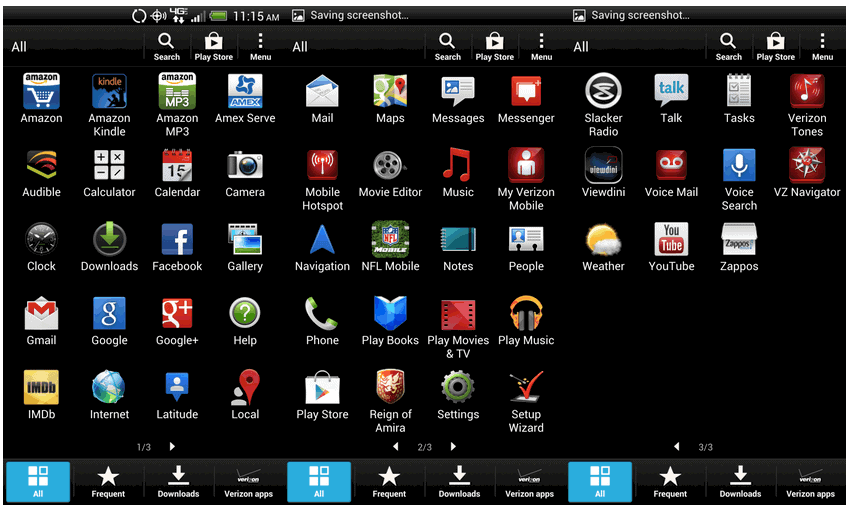 Well it wouldn't be a Verizon device without Bloat, right? They even managed to get their bloat on a Nexus device. But anyways, when you finish setting up your HTC Droid DNA, these are all the apps you have pre-installed. That's 51 apps. Some can be disabled and some cannot be. Which means you'll need to root and use something like Titanium Backup and freeze them.

One of the big complaints when the Droid DNA was announced was the small battery, especially for how big the display is and it being 1080p. It is a 2020mAh battery that is non-removable, but it can actually compete with some of the larger batteries on 720p displays. This battery has amazing standby. I was able to get about 12-14 hours on average per charge, which you can see in the screenshots below. That is also on 4G LTE and not Wi-Fi. I was quite impressed with the battery life on this device. 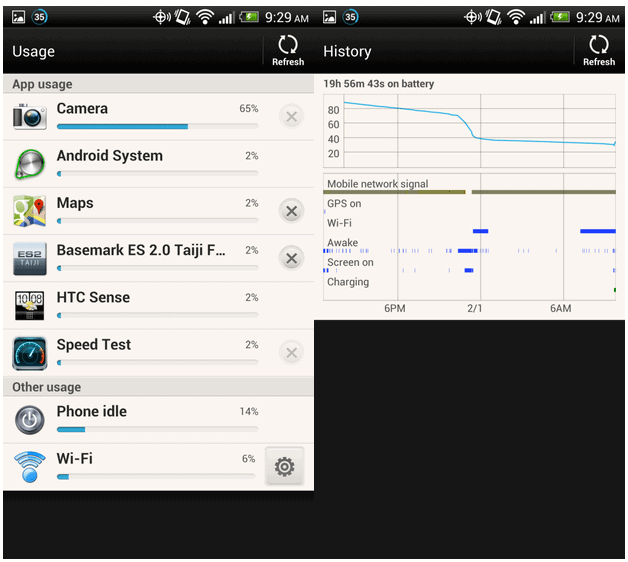 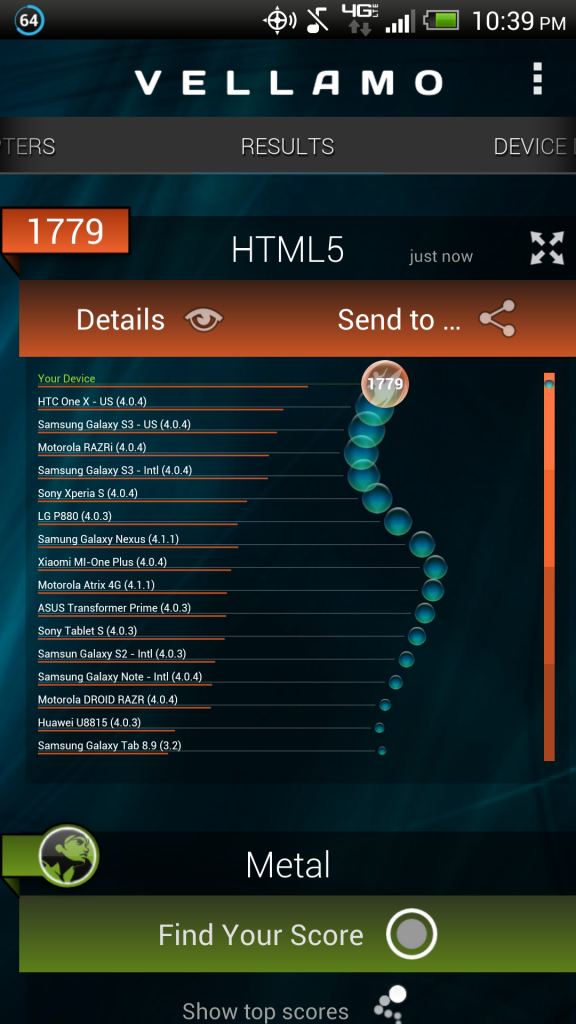 The Vellamo benchmark app measures the device's HTML5 performance. As you can see in the screenshot above, the HTC Droid DNA is at the very top. Which is something you'd expect from a high-end device. It even beats out the One X and Galaxy S3, which are high-end devices from earlier in 2012. 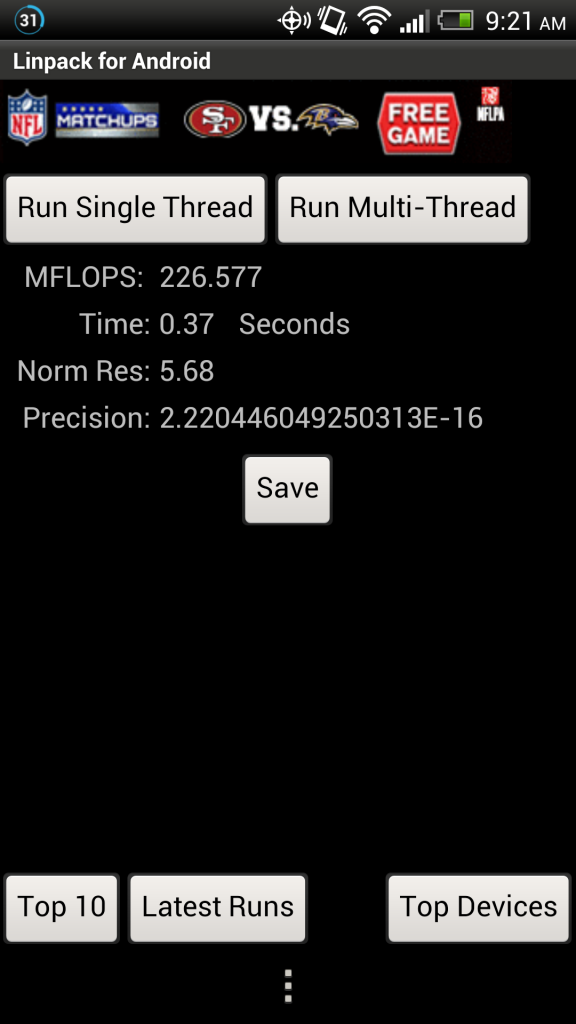 Linpack measures MFLOPS, which its basically measuring the speed of your ROM. As usual, the higher your MFLOPS is, the better and faster the device is. The Droid DNA on Stock is in the top 10, so not bad at all. 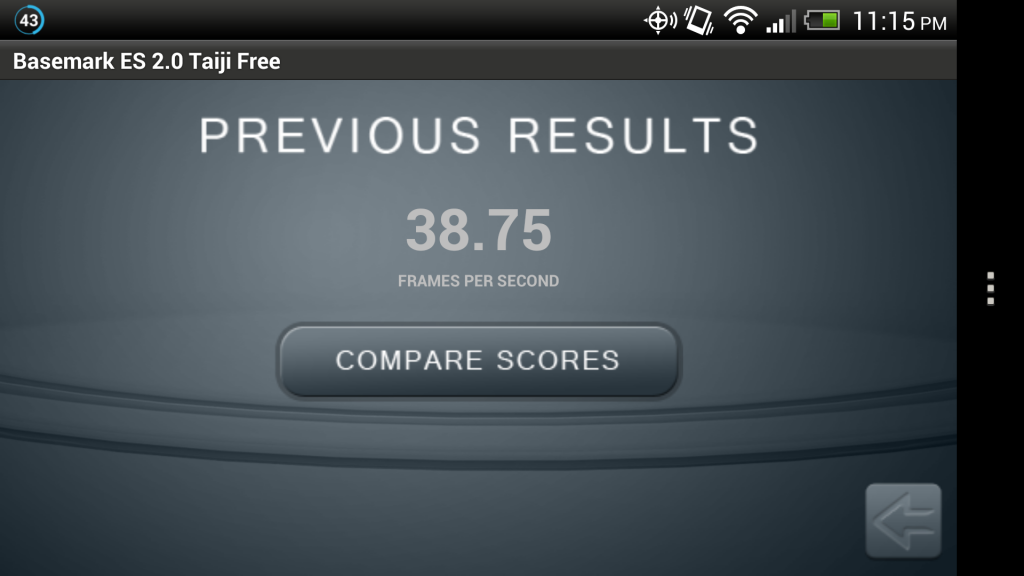 Basemark ES benchmarks the device's GPU performance. And as you can see from the screenshot above, it's not the best, but it is certainly pretty good.

The picture quality of the Droid DNA is everything you'd expect from an HTC device. It looks great, and as you can see from the pictures below, all taken indoors, the Droid DNA's camera is not much different from the HTC One X, One X+, or EVO 4G LTE. 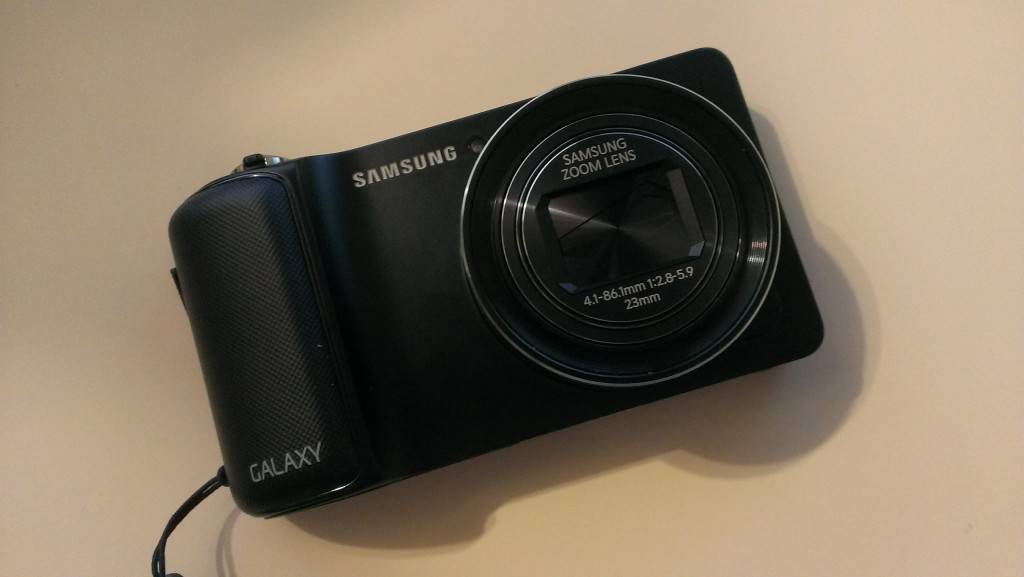 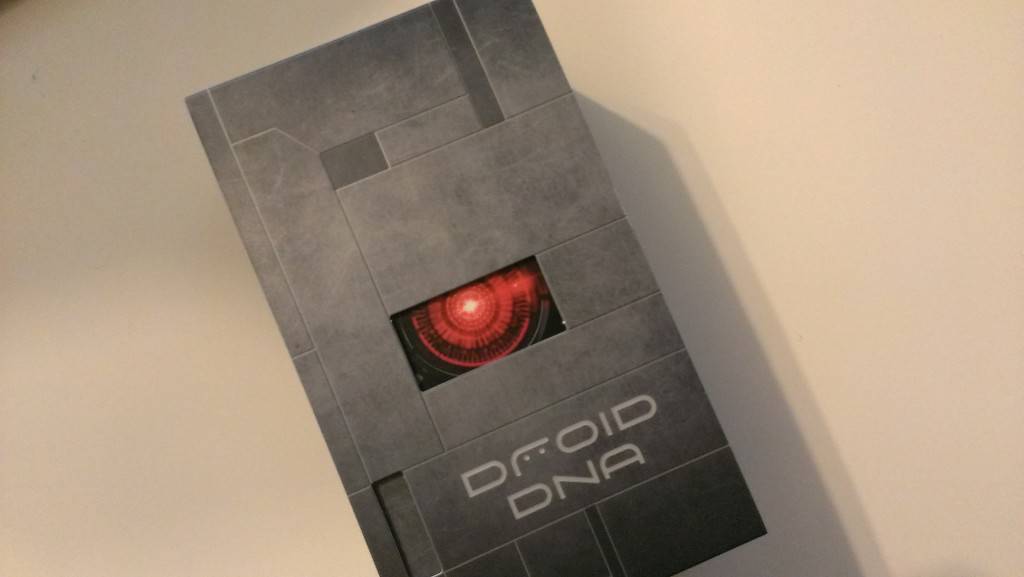 And a few taken outside. 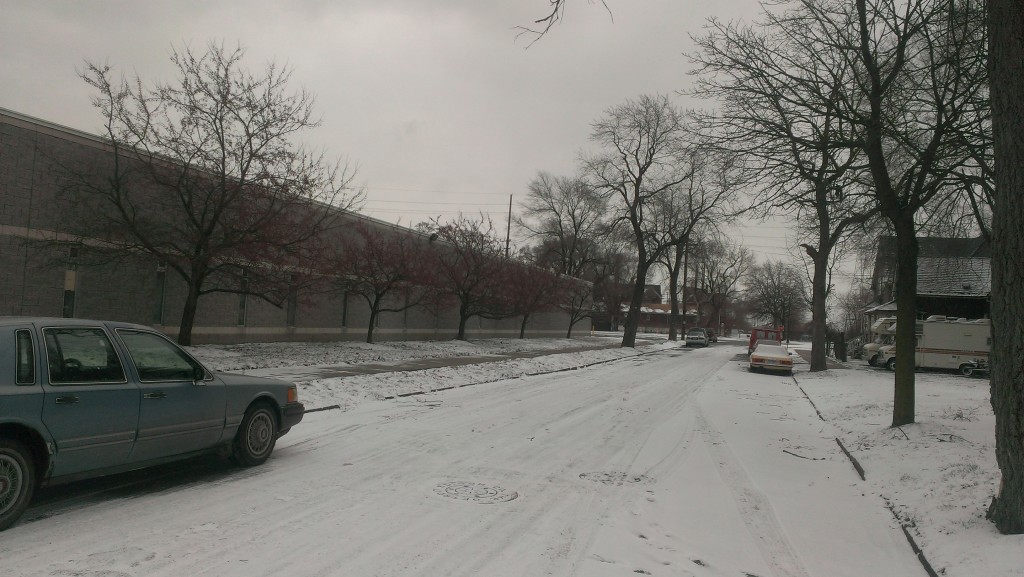 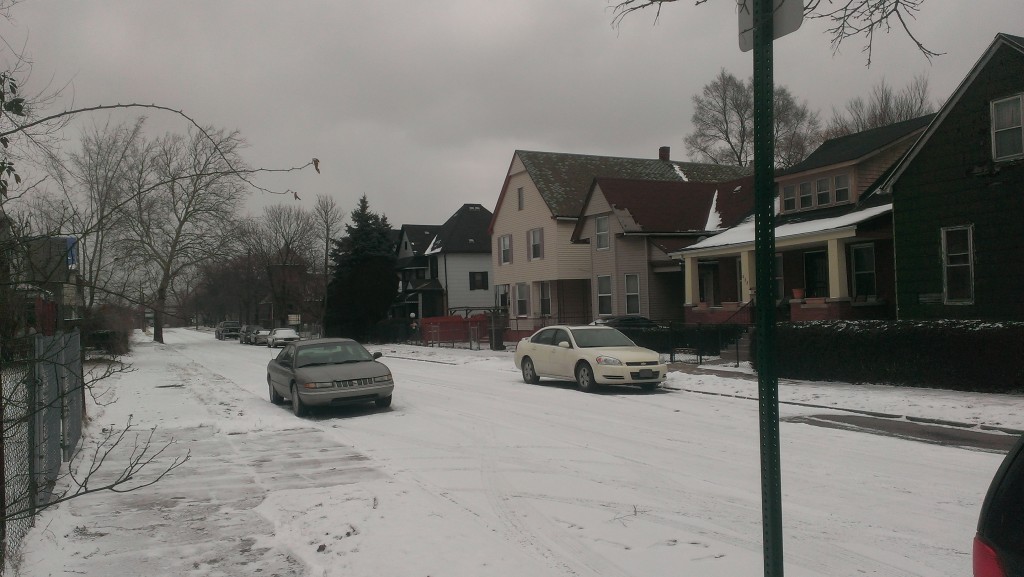 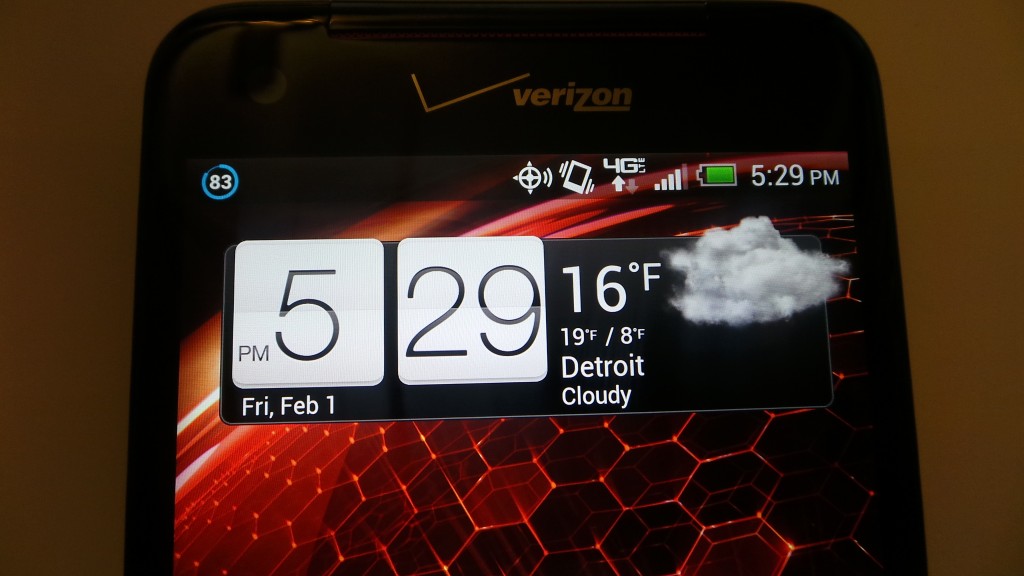 The display is certainly the best part of this device. If you've seen or used the HTC One X, or One X+, then you know how great HTC's displays have been this year. The display on the Droid DNA blows those away. It is a Super LCD3, and the One series was a Super LCD2 display, and it's 1920×1080 resolution giving you a 440 PPI. Now your eye might not be able to see all those pixels, but you actually can. When I put the Droid DNA up next to my Samsung Galaxy S3, I can certainly tell that the display on the Droid DNA is much better.

The call quality on the HTC Droid DNA is just what you'd expect from any device on Verizon. During my testing I had zero dropped calls. I only dropped signal once, and that was data signal. It dropped from LTE to 3G, so not a huge deal.

The Droid DNA comes on Verizon Wireless only at this time. Which means it will only work with their network. But does connect to their 4G and 4G LTE networks. It also has all the standard network connections like Bluetooth, Wi-Fi, NFC, etc.

At the time of writing this review, the HTC Droid DNA is only available in Black. There has been no word of a white version or any other color as of yet.

Pricing: The HTC Droid DNA is $199 on contract from Verizon Wireless, or if you're looking to keep your unlimited data, it's $549.99 off contract.


The HTC Droid DNA is an amazing phone. I would definitely recommend everyone on Verizon looking to upgrade to pick this one up. Although, if you're the type that does like root and tinker with your device, this might not be the one for you. In fact Verizon probably isn't the carrier for you either. But if you're looking for a great device with an amazing display and a device that's under $200 on-contract? You can't go wrong with the Droid DNA on Verizon.